My friend activity list has been missing for about 6 months now. That whole sidebar is simply missing. I have Spotify on Windows, Mac, and a linux machine. On all three versions, the friend's activity list is missing. I'm following ~70 facebook friends.

I really miss this feature. Is there anyone out there that's had a similar issue and has solved it?

Make sure your activity feed is clicked on the View options on the upper left of the Spotify software next to Edit and Playlist.  Hope that helps.

Thanks for the suggestion, Alvin, but strangely, I don't even have that option (see screenshot). It's like Spotify just removed this cabability from my account.

It's kind of a bummer to pay for spotify premium for over a year and not have the same functionality as everyone else. 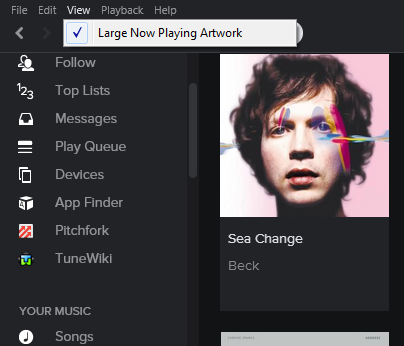 I have a little bit of clarity on this issue now.

I started installing successively older versions of spotify until the friend activity list appears. On Spotify version 0.9.8.296, the feed works, but every update after, the feed is missing. This is the case on both my windows and mac machines.

Did you ever get this to work? I have the same thing (Activity Feed isn't even an option in View). It makes premium hard to justify.

I contacted SpotifyCares on Twitter. They basically told me I'd have to make a new account. They said: "Sorry for the misunderstanding, we're always looking at ways to improve. We experiment with adding/removing features occaisionally :)"

I'm not creating a new account because I want to keep my profile intact (especially followers and those that follow me). So, I just rolled back my spotify windows install to 0.9.8.296. The activity list works on that install but nothing after.

In regards to Spotify's comment, I find it very odd to "expiriment" by removing capabilities from premium users then force them to create a new account if they want that functionality back.

Activity Feed should be coming back to everyone who had it removed.

When? I don't know, but Spotify is in the middle of improving it right now. You should get it back eventually.