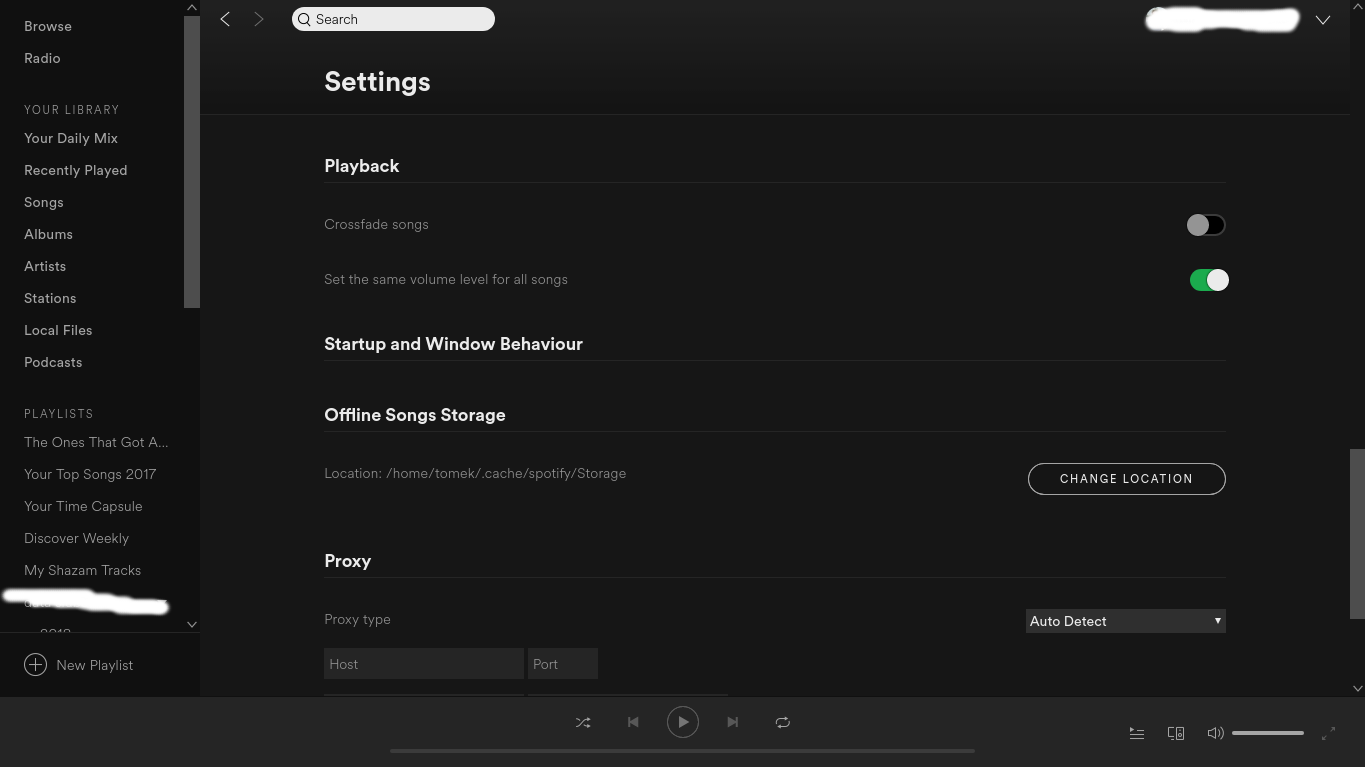 Implement minimize or close on system tray in Linux, why not implemented this?

I have two linux laptop. One is my media center and the other is the one I used around the house. In addition I have an android phone. Both have a spotify app installed.

Then if I start playing on the second laptop, the two of us are playing differents songs. In addition the android phone lost the first laptop and see the second one.

Finally if I stop playing on the second laptop, after some times, the android phone sees the first one which has disappeared previously.

Same happens when I use the web API to get the list of players. I also test it using the web player and the same happens

The two laptops have differents IPs. There is no firewall running inside the network and they are on the same network.

Both laptops have the same version of the spotify app (the last stable one :1.0.72.117.g6bd7cc73 ) and the issue was already there with the previous one.

I have tried installing a package called libgcrypt11 but that had no effect. Thanks!

Ok, it launched now. I haven't changed a thing.

Filtering a playlist doesn't work for me.  Does it work for you folks?

edit: What about the compose key?  Does it work for you folks?

EDIT: Workaround is to start without GPU Acceleration:

I'm on a Samsung Chromebook plus, which now has support for android apps. Is there any way I can get the spotify desktop version on it? It has an ARM processor.

Filtering a playlist doesn't work for me.  Does it work for you folks?

edit: What about the compose key?  Does it work for you folks?

No, filtering is not possible. This issue is related to the fact that mouse selection is badly broken (try for istance to click on Settings in drop-down menu under your account...). This is the most relevant bug imho.