Liked songs showing up in library, but not on artist page

Liked songs showing up in library, but not on artist page

Premium user in the US, using both Mac OS High Sierra as well as Windows 10 on a daily basis.

I've noticed that there are instances where I'll like songs from an artist, and they show up in my library under Artists (if I've followed the artist) as well as Liked Songs, but when I go on the artist's profile, it doesn't show that I've liked any of their songs, even though I have. This is happening to probably 1 out of every 15 artists I follow, and the only fix I've found is unliking all the songs from that artist, then reliking them again from the artist page. This is not a fun fix because I often will only like half the songs from an album, which means I have to go back & forth to see which songs I've liked.

I suspect this is an issue when switching between Mac OS and Windows OS, as I use both and switch between the two systems constantly throughout the day. I keep Spotify open on both computers and depending on which one I'm using at the time is where I'll control the music/like the songs/etc.

In the attached (3) screenshots, you can see the following:

If I then proceed to like the songs from the artist page without first unliking the ones already saved in my library, it will save duplicates of the songs, as if they exist in 2 different places. 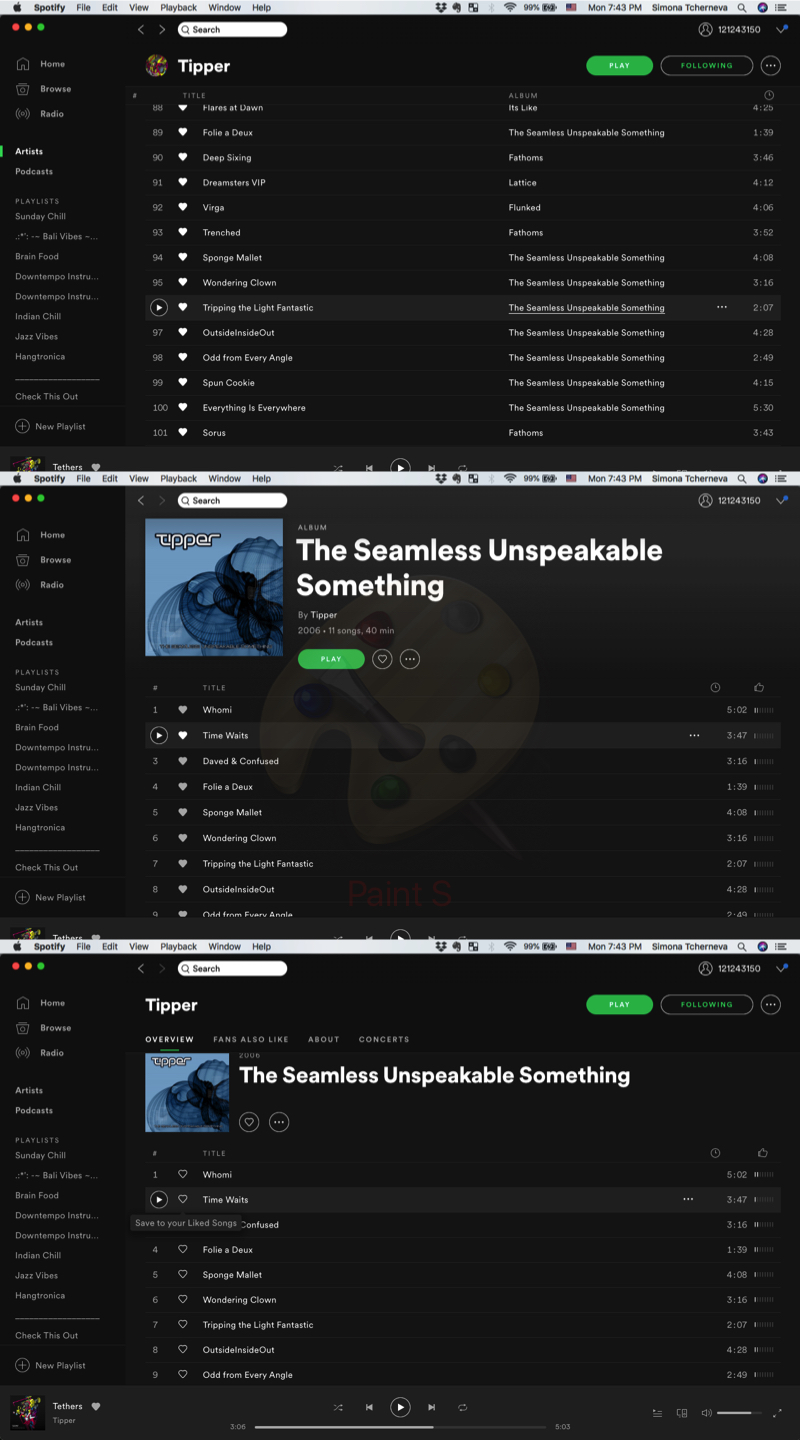