Yeah I can't be bothered reading a 71 page thread but this has to come back, I don't use the app online on my phone, and got knows I already get too many emails so have all spotify ones turned off. What's wrong with keeping it within the app where it should be?

Isn't it funny how this announcement came just after Facebook announced that they were removing the option of accessing private messages through their mobile site, forcing smartphone users to install Facebook's messnger app so that their phone would ping everytime they got a FB message, encouraging them to engage with the network more frequently?

It's almost like somebody at Spotify with no common sense and a high-ranking position (we've all met That Guy in our own employment at some point, right?) said "Hey, is there any way that we can force users to use their phones to interact with Spotify more often? No, no, I don't care if its not practical, it's my idea and I like it, just make it happen!"

Have Spotify given any reason for removing this feature? 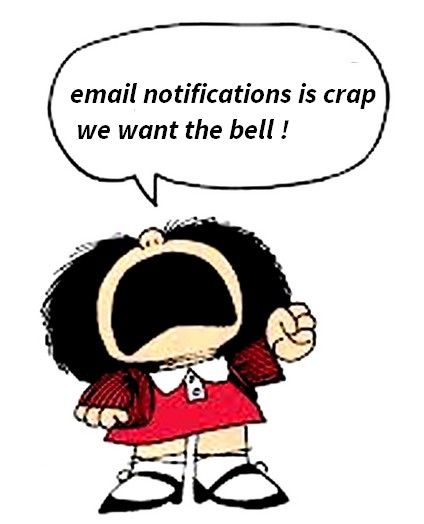 I will go back the image on each page, maybe they see it someday?

Isn't it funny how this announcement came just after Facebook announced that they were removing the option of accessing private messages through their mobile site, forcing smartphone users to install Facebook's messnger app so that their phone would ping everytime they got a FB message, encouraging them to engage with the network more frequently?

They do seem to have similarly inept product managers. That change over at Facebook was actually the reason why I stopped using it almost completely. The Facebook Messenger is one of the worst-written apps in Android history, just having it installed, never opened, reduces my battery life by about two thirds. They do not understand that people who have repeatedly expressed their disinterest at having the app installed, will not let themselves be forced by extortion. They just leave. Little hint, although I don't know how long it will be until they turn that off, too: set your mobile browser to request the desktop version of the Facebook page. It will still be mobile-optimised and look almost exactly the same, but messaging is still there.

The comparison ends on the goals, though. Facebook clearly wants to get users to forget that they have a web interface, and drive them to their apps. However, the stuff that Spotify is removing and losing customers over – lyrics, 10k song limit, notifications, track likes, sharing, playlist curation, … – are unavailable, or severely broken, in all of their interfaces: desktop, mobile, and web. We're not even being herded into some specific direction, it's always just: deal with what we took away, or leave. That's even more self-destructive than what Facebook is doing.

We’ve been listening to the feedback in this thread and we’re happy to finally announce Release Radar.

Release radar is a personalised playlist that is refreshed every Friday with 1-2 hours of music released over the past few weeks. It contains artists you listen to most, those your follow and has some discoveries based on your recent listening. Your can find Release Radar in the New Releases For You section in the Discover category in Browse.

We know many of you are missing the Notification “Bell”. In the context of our user base, it turns out a very small percent of folks actually used the Notification bell feature. We think you’re going to like Release Radar for staying up to date on new releases.

We’re going to close this thread, as we don’t have plans to bring back the Notification Bell. You can still offer feedback over here. For feedback on the Release Radar feature, please let us know here.

So what the duck is this? It's back. 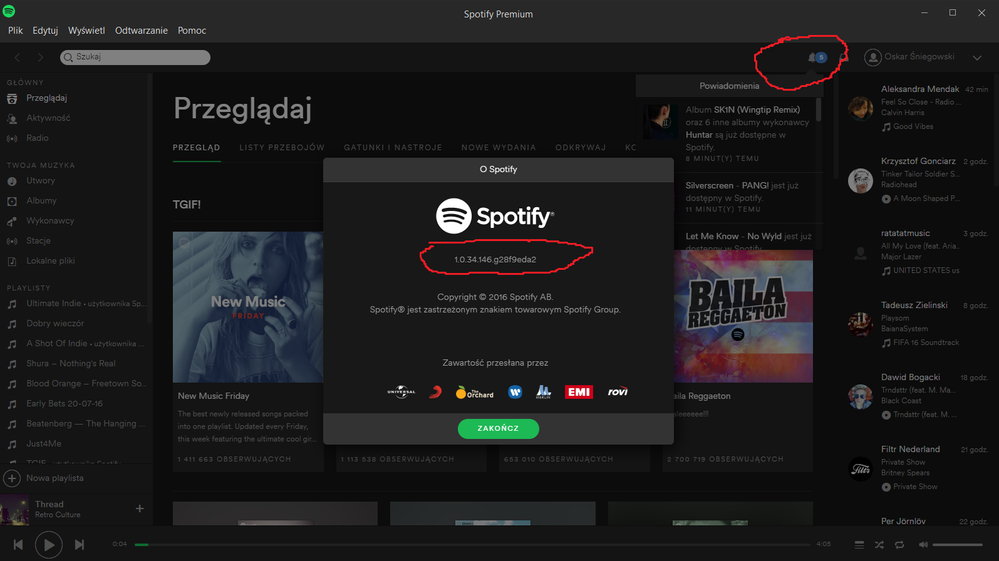 And go to H33L with some playlists. Again the same argument. "It turns out a very small percent". Maybe one time you should listen to that "very small percent" and make Spotify more useful than just cutting it since the begining.

It must be terribely expensive and tough task to write and maintain a few lines of code and leave this ducking notification bell on.

What do you mean only a small percent used the bell feature?  It was there at the top of the desktop application, and it notified you when there were new releases by the bands you followed.  I'm pretty sure that EVERYONE used it, because IT WAS RIGHT THERE, notifying you automatically.

I don't want push notifications, or email notifications or a "release radar with a playlist of music released in the last few weeks" with a mix of different artists, some I may not even care about.  I want to know when an artist that I follow releases a new album, THE DAY IT IS RELEASED.

Thanks, but no thanks.  I'll be canceling my subscription.

"We’ve been listening to the feedback in this thread..."

You clearly have not.

Isn't this just Spotify Discover, but on a Friday not a Monday?

You killed that awesome bell feature for THIS!?

Are interns in charge over there now, did all the good paid staff go to Apple and Tidal or something?