Spotify once again unloads songs after it played ads for free plan. The condition is I think the same as previous issue shown below. I tried Firefox private window, but it didn't help. I would try anything including editing and deleting plist files or libraries from terminal.

Thank you in advance.

(issue is as shown on the screenshot below:

It says that "Oooops, something went wrong with the playback") 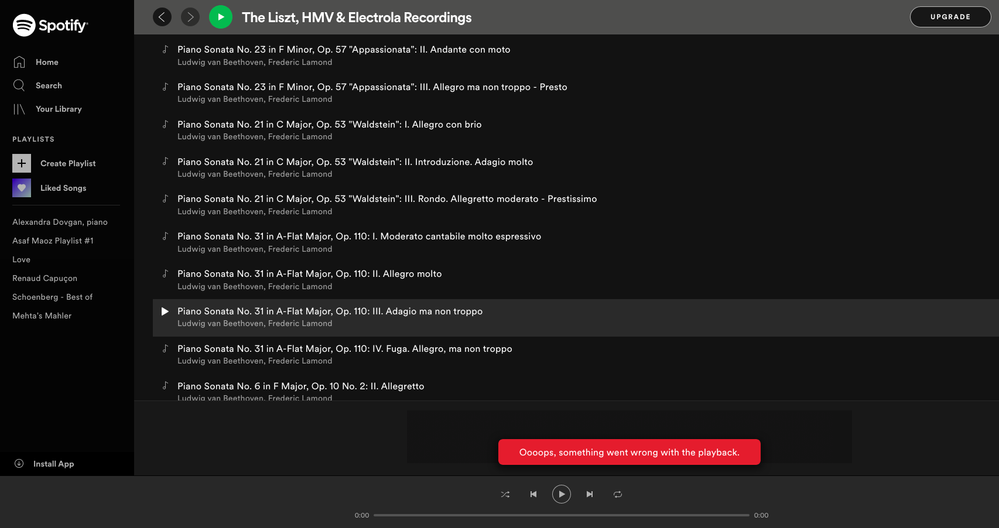 (last time issue - which was solved for unknown cause)

Spotify suddenly gets unloaded yesterday (I am using it with free plan) and cannot be played concurrently.

I refreshed (reset) my firefox in order to clear browsing cache and datas but it didn't work, then, I clean installed it, but the problem continues persistently (Spotify stops while loading: see attached screenshot).

I also installed Chrome for testing purpose, and it only plays first 9 seconds of any music and randomly skips some music in an album (therefore, I can't use it).

Because my iMac is built on OS X 10.9.5, I can't install Spotify Desktop Application.

What the next step can I take to make Spotify loaded with my Mac?

Thank you in advance.