Some of my playlists are folders, i.e. they contain other playlists, (most of which are single albums). Unfortunately, the album art isn't consistently displayed. More often than not I'm staring at rows of blank boxes. Some of these boxes correctly show the art, but most do not.

Spotify displays the contents of Playlist Folders as rows of boxes instead of stacked lists, so the title text is also truncated. This is a nightmare UI scenario: No visible album art and incomplete titles.

This has been a bug for over a year. Multiple machines running several versions of Spotify for Windows, (full version, not Microsoft Store), have consistently demonstrated this behavior.

I suggest replicating the issue on a test machine.

Also, (I know this has been a feature request for years), but can we please have the ability to control the screen layout on the Windows version? Toggling between lists or rows of icons, for example. Also, adjustable column widths have been a feature of Windows since the 1990's. Why is Spotify still truncating useful information behind fixed column-widths? 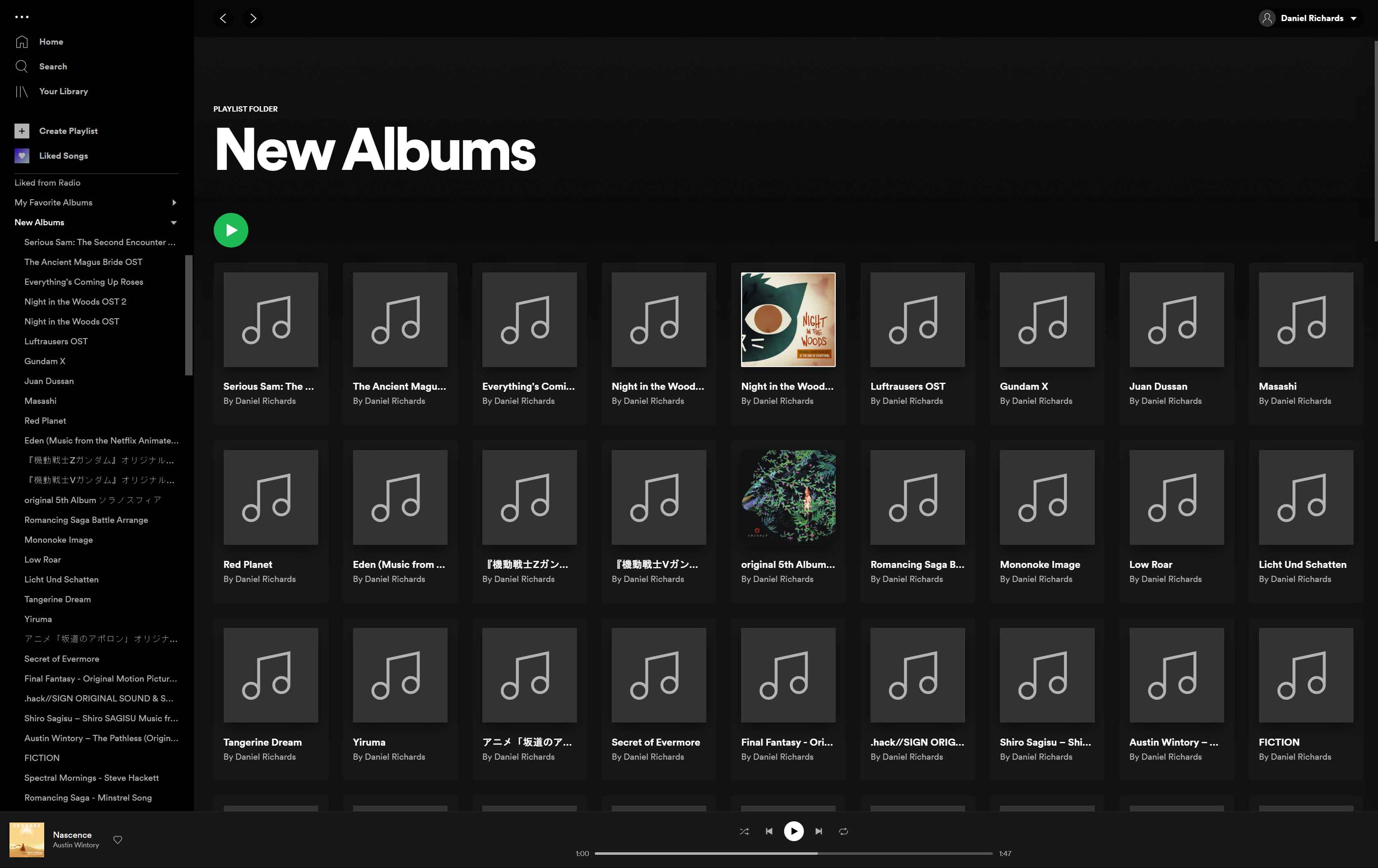 Thank you for posting on the Community and giving us those insights.

Since this is happening across different devices, we have some things to try here.

To start, please try setting manually the cover image of some of the playlists, do you notice any change or do they still show blank?

About the way your playlists are displayed inside a folder and the layout of the desktop app, at the moment the only option available is the grid view (except for discographies, where you can switch to list view).

If you'd like to see this changed, you're welcome to submit an idea for each individual suggestion. In this article you can find the steps to submit them.

Let us know how the test goes, we'll be here to help.

MafeGModerator
Help others find this answer and click "Accept as Solution".
If you appreciate my answer, maybe give me a Like.
“When the power of love overcomes the love of power, the world will know peace. - Jimi Hendrix
Reply
0 Likes