I'm trying to add songs from my "Local Files" playlist dragging and dropping to the "Songs" playlist in "Your Library". However, this only works if Spotify contains the selected song in its database. I only wanted to know why the app doesn't support this feature yet (or if it supports, and there might be a problem with my version). I've made some screenshots to elucidate the matter:

1. As it's shown, I selected "Stubborn Love" by Lumineers (see that the Artist's name is white): 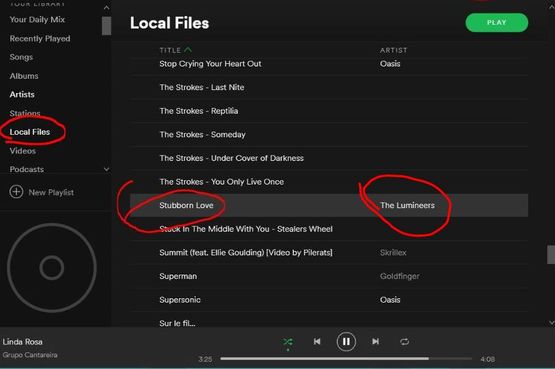 2. Then, it's shown on my "Songs" playlist and when it was added: 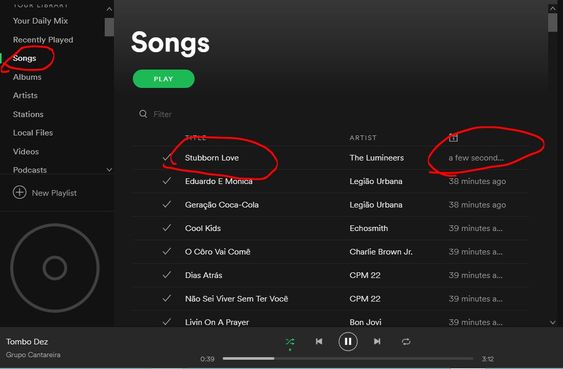 3. Then, I try adding a song from "Skrillex" (check that the Artist's name is grey-ish, meaning there isn't on Spotify database - as far as I know): 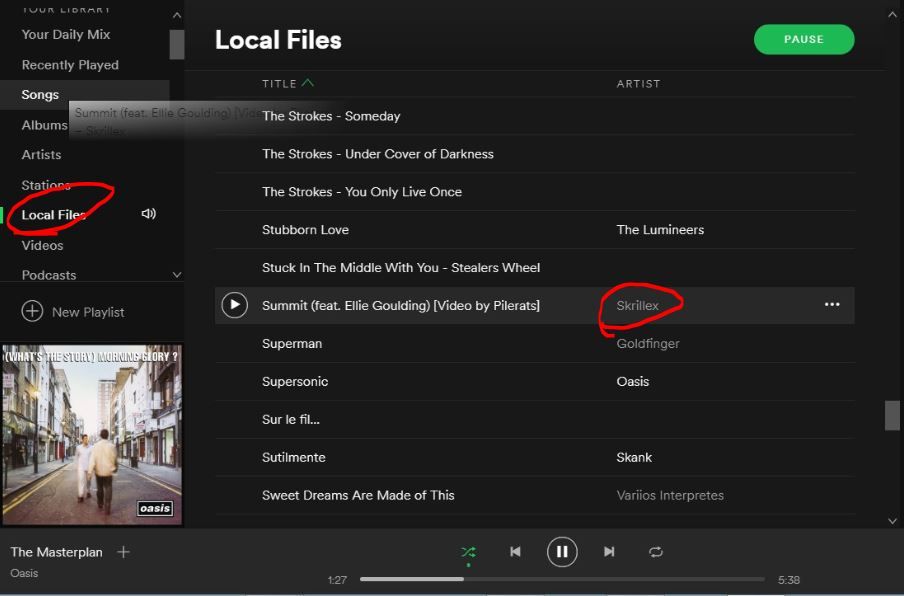 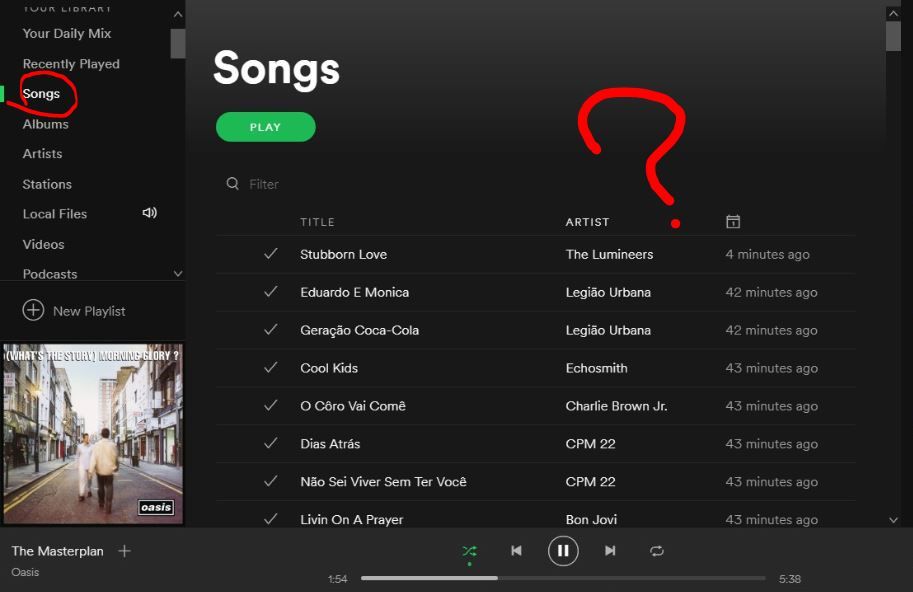 P.S.: I've checked some posts before and I've encountered some related problems, but they date from 2014 and 2016. By now, I guessed they're would be an explanation for it and the app would support this feature.

Thanks for the time reading it!