Can't play specific artists songs "This song is not available..."

Can't play specific artists songs "This song is not available..."

So, me and my friend are facing a very annoing problem inside Spotify for some weeks now. We can play no songs from some specific artists. But the bands are not the same for us both! For example, I can't play any RHCP, Iron Maiden or Slipknot songs. My friend can't play songs from Stone Sour nor Avenged Sevenfold.

We have tried SO MANY different approaches like, cleaning up cache, reinstalling Spotify and many others. The only thing that works is installing a older version of Spotify, but that sucks because it seems update itself on daily basis.

We have also found this thread, saying that they are aware of the problem, but we heard nothing new on the issue 😞 https://community.spotify.com/t5/Ongoing-Issues/Spotify-not-playing-a-specific-band/idi-p/2500103/pa...

Did anyone find another way to fix this? The problem happens also in the web player and in Android app.

Sorry about the English, and thanks in advance for any help. We appreciate it! 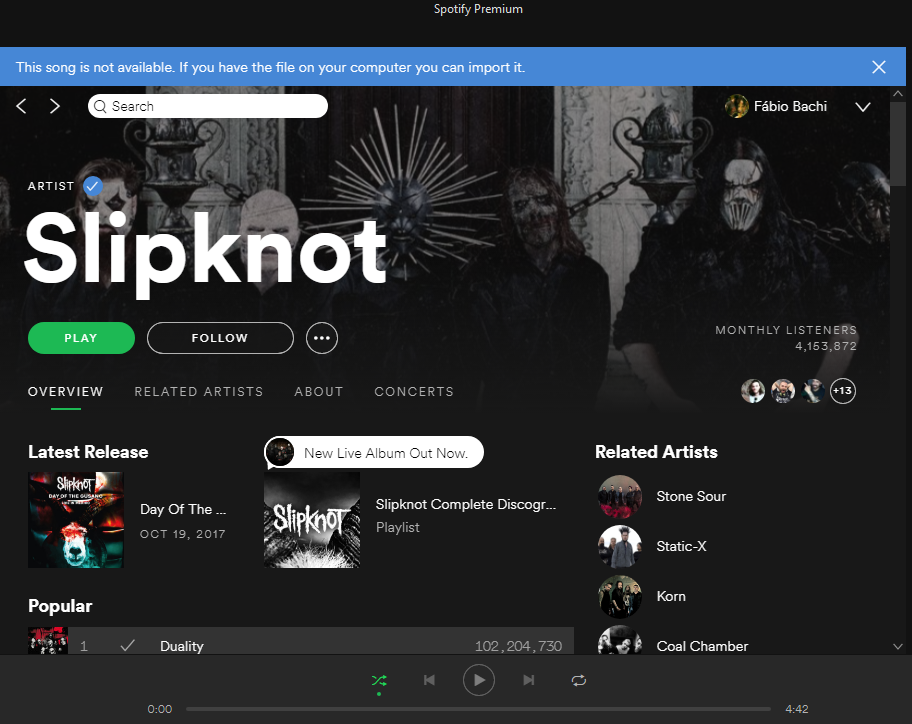 Same issue here... and I suspect it could be related to the Fall Creators Update received yesterday, since I never had a similar problem before.