This started happening after the last update simultaneously on both Mac and PC. Android app is still fine.

The "Home" page of Spotify says "Couldn't find that page" and a red popup appears saying "Oooops something went wrong" whenever I look at it. As such, I cannot find any of the generated playlists that would normally appear there, such as daily mixes.

It has also completely forgotten my recently played or recently searched. But once I start playing songs, they do appear, and it will then show some of the previously played when before it was blank, but it has gaps in it. And it is not showing anything listened to on the Mac.

The Android app works perfectly and shows everything I have played on MacBook or Windows and it shows the Home screen and all the Daily Mixes. 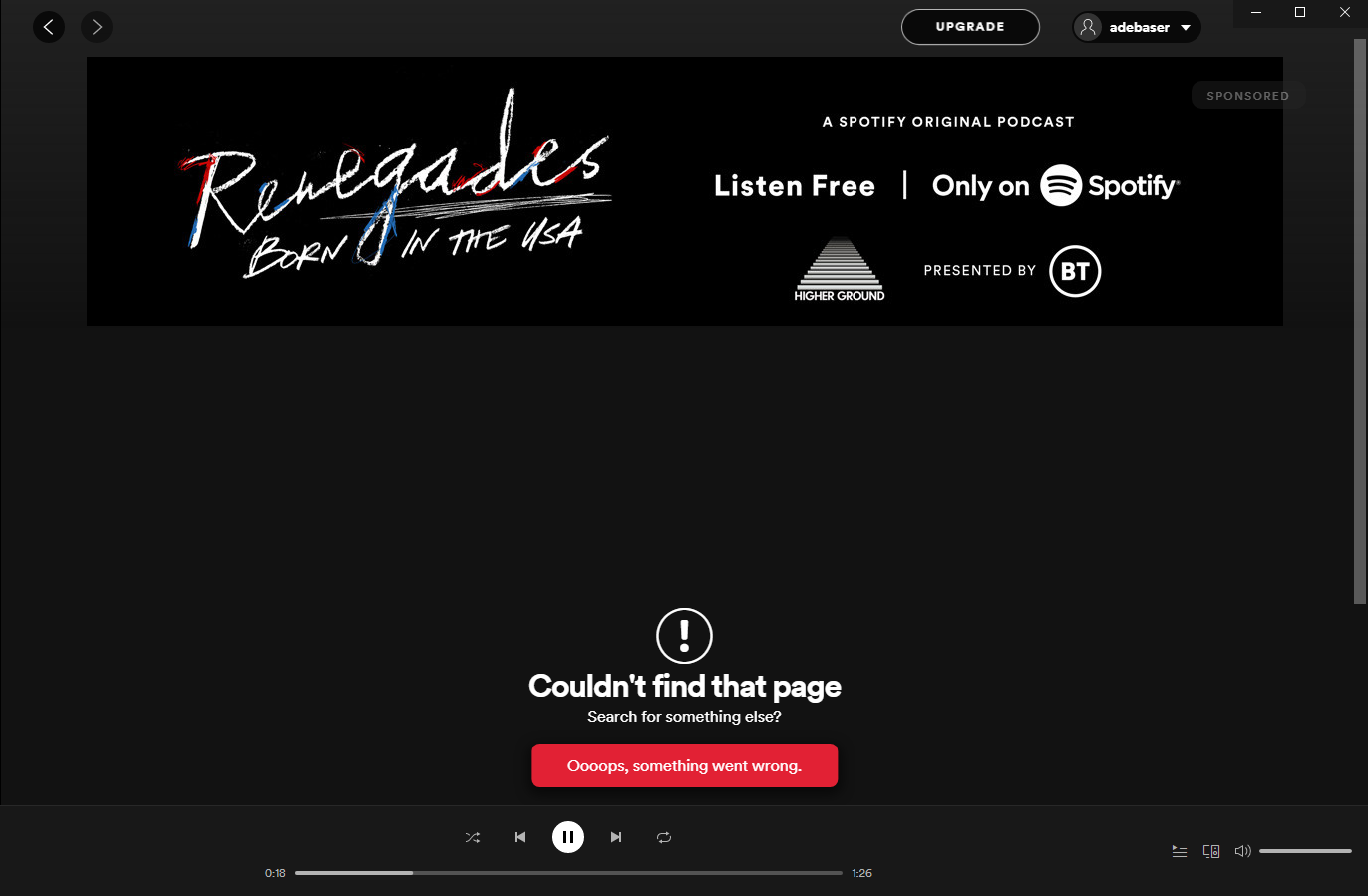 As of today it is working again.

Thanks for posting here in the Community 🙂

Glad to hear it worked out and the app is working as expected.

If you have questions, don't hesitate to reach out to us. We'll be happy to help.