Last week the "Peak Spotify Client™", version 0.8.5 if you don't remember, stopped breathing. Many features had stopped working over the years, a slow death. Most crucially "search" broke some months ago where you couldn't find an artist if it didn't appear in the auto complete dropdown. Now, when none of my playlists showed up on the left side, I was forced to face reality and accept the brutal truth. The road ended here.

The reason I stayed so long was partly the buttery 60fps performance when browsing my extremely large playlists (2000+ tracks) but mostly the "Ctrl-g, album view" which made Spotify look like a nice foobar2000-player and fit perfectly with my preferred use case, "listen to an never ending stream of new albums" where the album art always been a main feature for me.

I'm not angry though, I'm actually grateful that it worked for so long and quite impressed that it technically worked as well as it did (before search broke, I had no features that I missed).

The modern client actually has matured in the last years as well and is now perfectly usable.  If I don't mess around in the gui but just hit play and close it to background asap and the memory usage is ok.

So this is goodbye! 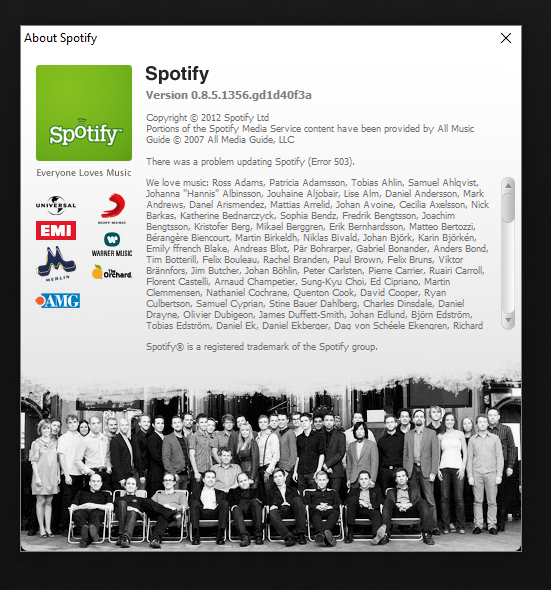 note: Old thread that was closed:

I don't know how I accidently reposted this but it seem like a very appropriate thing to do. A flashback to the last time Spotify 100% borked the desktop app, and slowly slowly got back to a usable client. I thought they had learned something but alas, here we are again and this time (I have tried) the old clients doesn't work since every view in the desktop client just loads it's content from the web.

But hey, last time it only took a couple of years to get a half decent client and before yesterday I aaaaalmooost could have said that it was a good client.