Song titles not showing for some local files.

Song titles not showing for some local files. 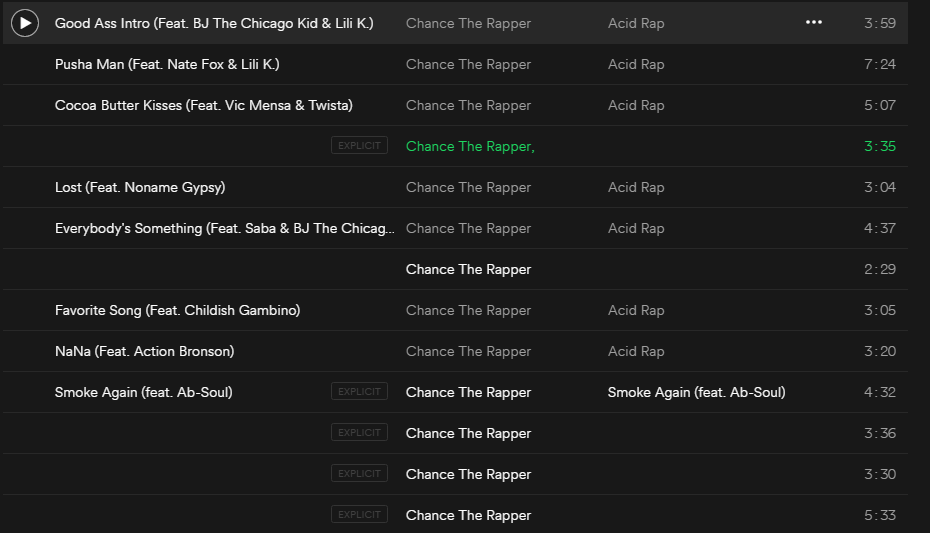 I've just downloaded Chante The Rappers 'Acid Rap' and added it to my local files. 5 of the songs however do not show song titles. I've tried the following:

Interestingly, it doesn't seem to be anything wrong with the song files themselves. I say this because I downloaded the mixtape from 2 different sources and the same thing happened. After this, I tried downloading the songs from YouTube and using those files instead but the same songs didn't have titles. Not sure what the common point here is (maybe the song titles? They're just normal titles though like "Juice") but there's gotta be something.

Re: Song titles not showing for some local files.

Literally the exact same problem for the same album/mixtape Acid Raps! What the heck!

same songs missing titles. they play fine and even download for offline use on iOS. I added my songs on a mac, but the problem persists on both windows and iOS.