When I double click on spotify it does not open.  I check the task manager and it shows up there, but nothing else happens.

And I'm still having the same problem I am running Windows 7 with Service Pack 1.

Edit: May it would help if I were more specific.  When I double click on Spoitfy, I see it in the processes section of task manager, but it doesn't show up in my applications section.  I don't know if that changes things.

So you have 38022 posted comments and you don't work under any title at this company? A support company maybe?

Well either that or you have absolutely no life.

Can this **bleep**bug be fixed soon? In my case it works fine when i boot the computer, but if i dont open spotify in 20-30 minutes of system up time it wont open.

This is so strange, and i have to restart everytime i want to open this piece of crap software.

Please make it a proper program and put it in the "programs" folder instead of appdata wtf..?

I HAD the same problem, running Win 7 SP1. When I tried to open Spotify I could see a glympse of the login windows - until it disappeared and the whole program shut down. While struggling with this problem I suddenly remembered that I changed the cache folder for offline playlists. I made an obvious move and deleted the NEW folder and now Spotify runs as smooth as ever.

I'm not saying that this will work for everyone but maybe it's worth trying. By default the cache folder can be found at (WIN 7!) C:\Users\Your_username\AppData\Local\Spotify\storage ...IF I remember correctly.

Oh and... just a reminder: IF you choose to delete your cache folder, you are required to download the playlists again, so unless you have a decent internet connection, I would advice you to leave this as your last resort.

I've had that same problem where the login screen would pop up and disappear and the program would not launch.  Although I did not change any settings, I tried seisoppa's suggestion and deleted the cache folder.  The program started immediately.  Thanks a lot for the suggestion!

Got the same problem. Reinstalling Spotify works until i restart the computer. Yesterday I updated my graphic driver, because I read, that this could solve the problem. After that it worked the whole day, even after restarting the computer.

But now the problem appears again, Spotify won't start, but is shown in the task manager. Please help!

this right here worked beautifully for me! This post should get more exposure to help more folks in the same situation!

seisoppa's answer worked for me:

seisoppa's method worked perfectly! I went to the location stated and deleted all of the folders inside the 'Spotify' folder then started Spotify up again. Everything is fine now!

Thank you so much 😃 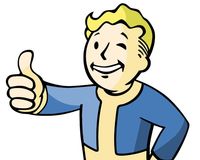 Can you please tell me where and how to find that folder?

I used troubleshoot compatibility, and it worked fine

i've windows 8.1 and i cant find that "storage folder" on spotify folder

Alright, I did the same thing on deleting the contents of the storage foolder, I'm on Windows 8.1, and Spotify still does not start up. It is not even indicated in my tasks! So, I can only think of two things right now that could've happened, or are happening right now:

1. Spotify servers are down for maintenance

2. Spotify is getting hacked.

Then again, none of thse two could be happening, and I just need to restart my computer.

Either way, Spotify still won't start up. I just double-click and nothing happens.

There is no problem with the Spotify servers right now.

There is likely a problem with the installation.

I'm also having spotify not open. It starts to open and then quits.

Don’t worry about losing your favorite songs - all your playlists will be waiting for you when you sign in again. You’ll just need to redownload any previously synced music.

On Win 8.1 and had this happen after a reboot.

My best guess is that a recent Spotify program update failed to take.

After all the other suggestions here failed, I tried running SpotifyLauncher.exe instead (C:\Users\<username>\AppData\Roaming\Spotify\ ).  This at least got the program running...

I went into Help > About Spotify and saw that I was running version 0.9-something, and there was a small-print notification within the help window to download an update.

I clicked on it, and after a little while, the main Spotify window showed the usual notification about restarting to apply an update.

I completely closed the program and re-ran SpotifyLauncher and the update applied without issue.

The phantom process issue persisted even after the update to version 1.0.1.1060.gc75ebdfd but started working normally after rebooting the system.

I had a problem with this the whole week, and I didn't know what to do. Then when I searched for Spotify when you press the Windows button it came up and I right-clicked on it, then I saw something interesting: Run as administrator. IT WORKED, I'M SO HAPPY RIGHT NOW I HOPE THIS HELPED SORRY FOR CAPS I'M JUST SO HAPPY 🙂

Also, if you can run without admistration mode then do it because it will avoid annoying messages popping up "do you want to open spotify" etc

THIS ^^^ worked great for me! Im even running windows 7 and this works for me!