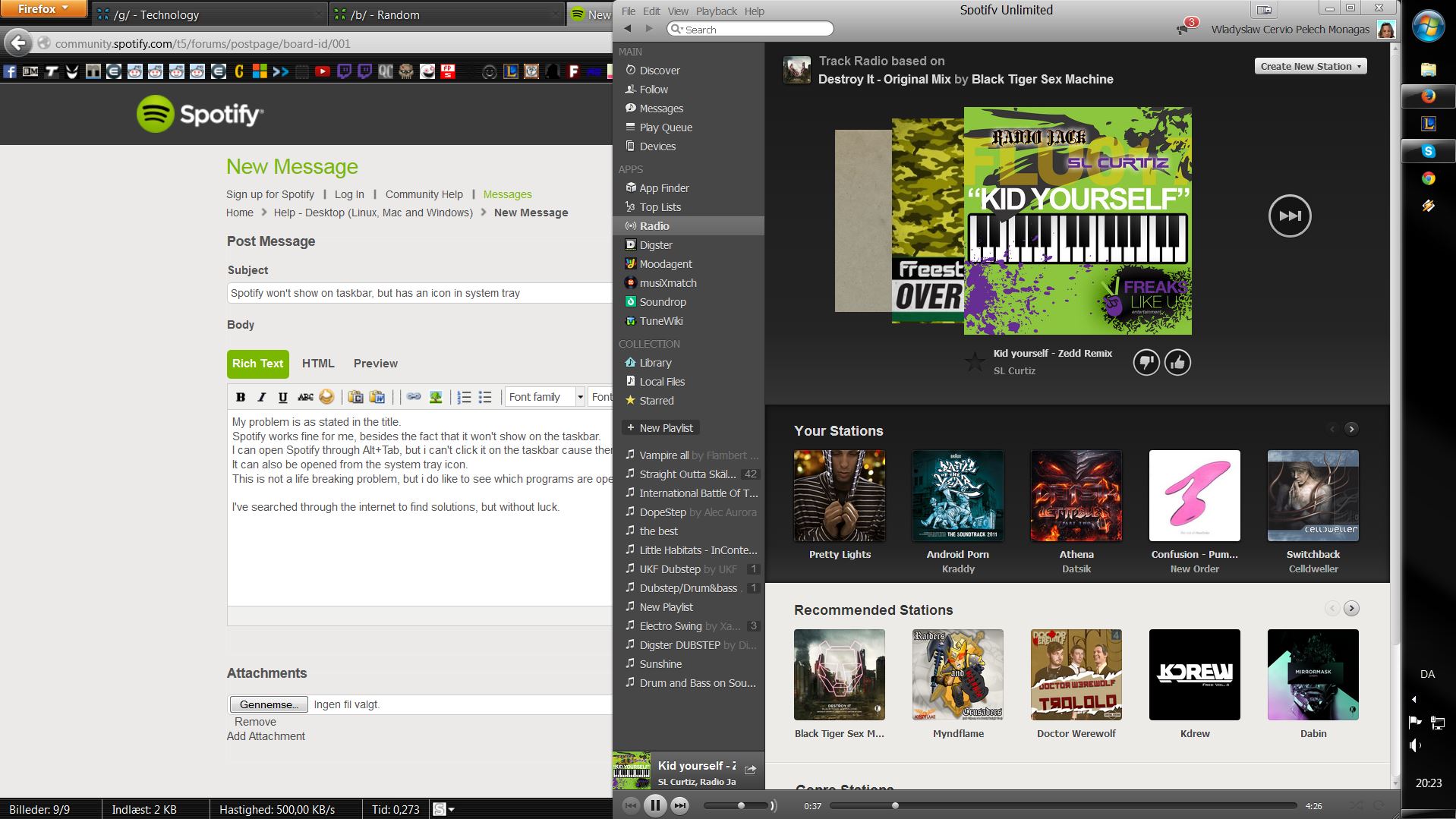 In the system tray icon, do you have "Hide Spotify from Taskbar when closed" selected?

Nope, it is unchecked

Ps. 2nd picture, i just pinned Spotify to the taskbar to act as a shortcut, but still doesn't stay "highligthed" like other active programs. 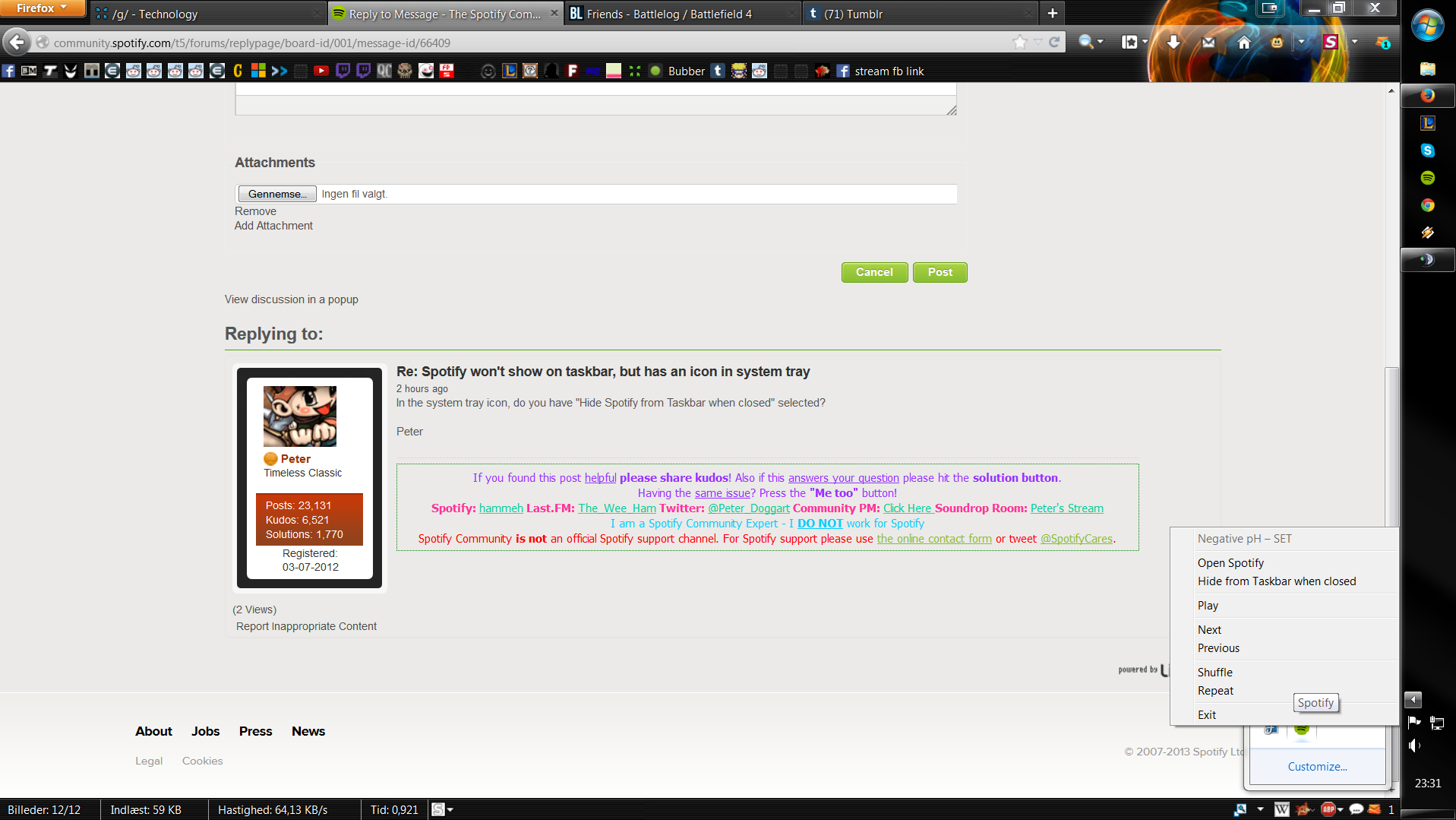 Strange, does a clean reinstallation of the client make any difference?

Tried that as well mate.

Anyway i can help you help me?

Just wondering, if you move the taskbar back to the bottom of the screen does it make any difference?

Spotify is so tempermental sometimes it wouldn't surprise me haha!

No luck either mate 😞 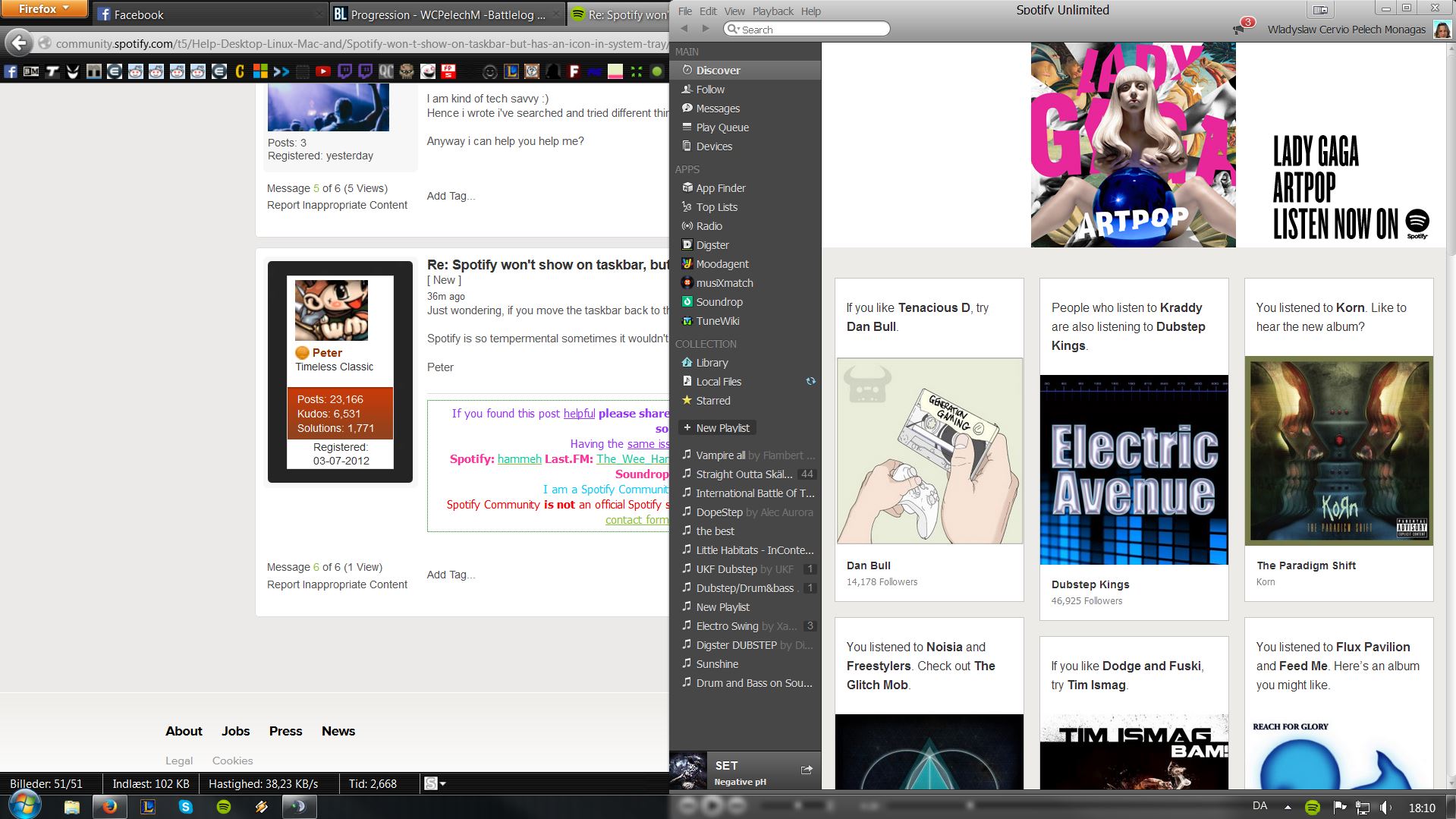 Very weird, I've escalated this to the Spotify guys to see if they have any ideas too.

Just had a suggestion from another super user, do you have Spotify set to auto launch but minimised when Windows starts?

No, it was just an old resolved bug where you would get the behaviour you are describing if that option was selected. If you have Spotify set to automatically start with Windows though, it might be worth trying it without that option (and go for a system restart) to see if that makes any difference.

I've used msconfig to turn off startup programs since i like minimal startup times.
So no it isn't set to start up at boot.


I've used msconfig to turn off startup programs since i like minimal startup times.
So no it isn't set to start up at boot.

Would like to add that i once agian tried a fresh reinstall and the problem is solved the first startup, but when closed (completely) and restarted, the problem persist

Hey cervio! Before we dig any deeper could you confirm your computer's exact OS and the Spotify version installed?

We'll then see what we can do. Thanks! 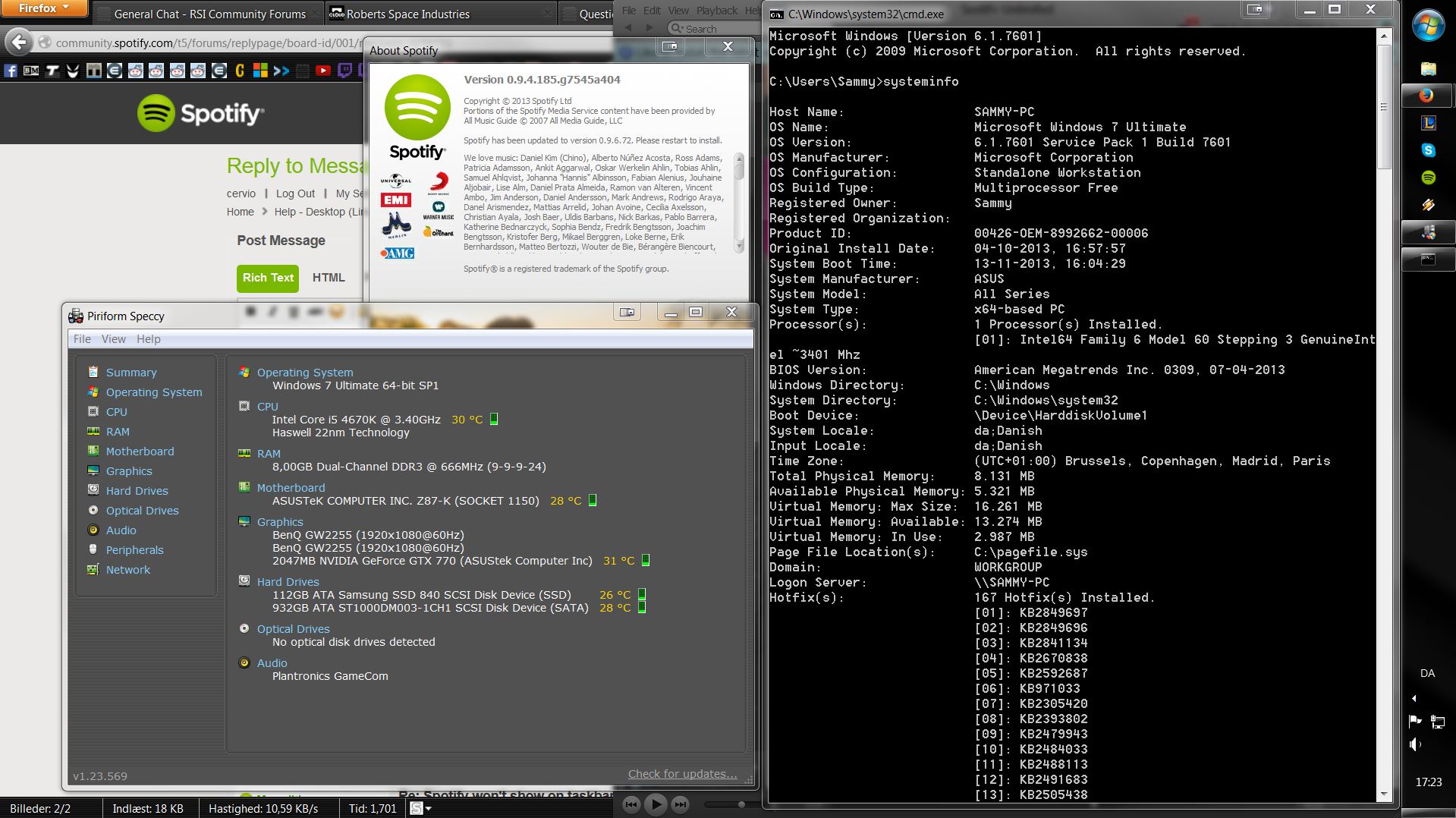 Check the shortcut properties.  Is it possibly set to open minimized to the system tray?  Worth a look, I guess.  Behavior would indicate that it is.  I have iTunes set to do that so it will not appear on the screen at startup, but still keep my podcast downloads up to date.  I can't remember exactly how I did it, but I found the instructions on Google.

Not either, but i seem to have found the problem now.
I am running a software called DisplayFusion, which grants me more options to controlling dual monitor, such as wallpaper, screensaver and much more.
What strikes me as odd is that Spotify is the only program affected, none of the many other programs are unaffected by this software

I discovered this during the weekend where i attended a LAN party and thought that a dual mon setup would be too much of a hassle.
I then opened spotify while only having one monitor and it showed on the taskbar just fine, even after reboots.

So i think i have isolated the cause, now comes the part whether or not the Spotify crew will help me solve it, which i dearly hope you will 🙂

Edited title so other with same problem have a better chance to find this thread.

I must admit, i am clueless as to what you are talking about.
v0.9.6 of what? And if so, how to check version of said thing?

If you are referring to DisplayFusion, i am running v.5.1.0