'Your Mixtape' playlists don't show up at all

'Your Mixtape' playlists don't show up at all

I loved the 'Your Mixtape/Daily Mix' feature (I'm guessing at the translation here, it's "Dein Mixtape' in German) and used it all the time. Now it doesn't show up anymore in Library > Your Music. All I see is Release Radar and the Weekly Mixtape as well as the yearly playlists from the past. I restarted Spotify, I uninstalled and re-installed the Win 10 app, I even upgraded to Premium (from Unlimited) just to see if you removed the feature for Unlimited users (so I guess Spotify is getting more money for less features...). Anything I can do? 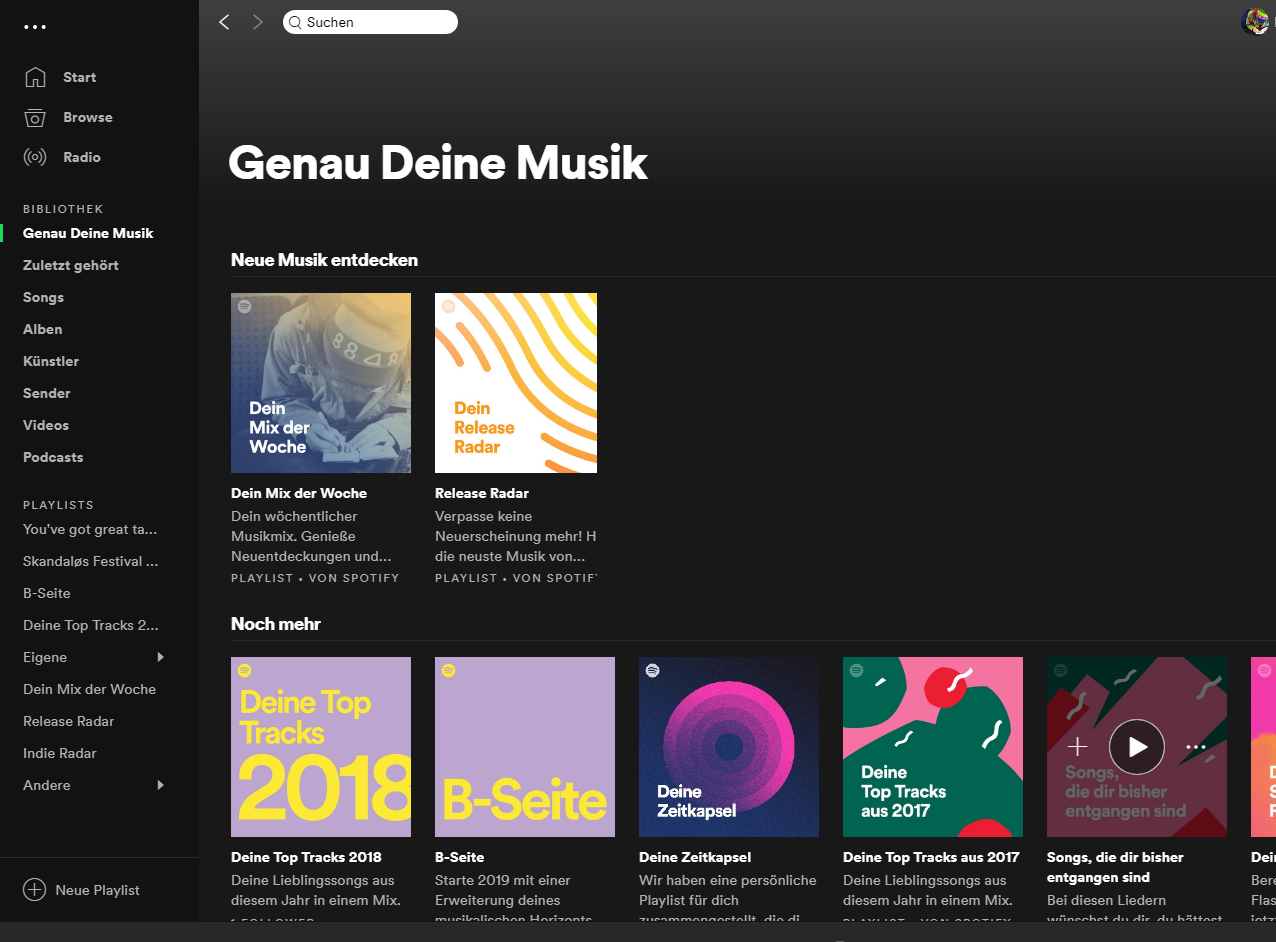 Re: 'Your Mixtape' playlists don't show up at all

Well, one of things I tried helped, apparently. I am now using the Win 10 app instead of (what I think is) the 32-bit version I had downloaded from the website. I have logged out and back in several times over the time I tried to fix it. I am now also using Spotify Premium instead of Spotify Unlimited (which isn't even available anymore, that's how early I started using Spotify). Anyway, I'm writing this in the hopes it helps someone someday.

Re: 'Your Mixtape' playlists don't show up at all

Hi,
I got the same problem on my Linux Desktop. Also tried to install it several times but it didn't help. I'm from Germany too and used to listen to the Mixtape-Playlists. Momently I got Spotify Premium Family. Maybe this Information helps too.