A lot of users have the same problem, looks like it stopped updating about 5 days ago for most...

i have been emailing spotify support back and forth for days now and unfortunately they have no idea what they are doing or how to fix it. They keep telling to unfollow, reinstall, on, off, basically wasting my time because none of that worked.

In my opinion ( because it happened to a lot of users at the same time 4-5 days ago) its on their side and it's probably the latest update that caused it.

very disappointed and frustrated that they will have an feature but UNABLE to fix it when something goes wrong!!!

I have the same problem, uninstalling doesn't work, don't even try

Same problem here, I got friends supposedly not online for 6-7 days as they were listening to music on spotify right by my side.

Also experiencing this issue. Can confim unistalling does not fix it.

plantwaif
Casual Listener
@061975, you don't have to be such a **bleep** so rude. Have you ever coded anything in your entire life? yikes, if it seems so easy to you why don't you fix it?
10 Likes

I wonder if fb's recent privacy changes play into this. I noticed when checking my 3rd party app permissions on fb that Spotifys permissions for my account had expired without my knowing. I dont know if authroization is tied into the feature but its been the only lead I've been able to find since going through the forums.

Going off skepticism, if FB pushed a change where all 3rd party apps had to be re-auth'd then could that possibly break the feature for Spotify users that have setup an account using facebook's cross platform login? 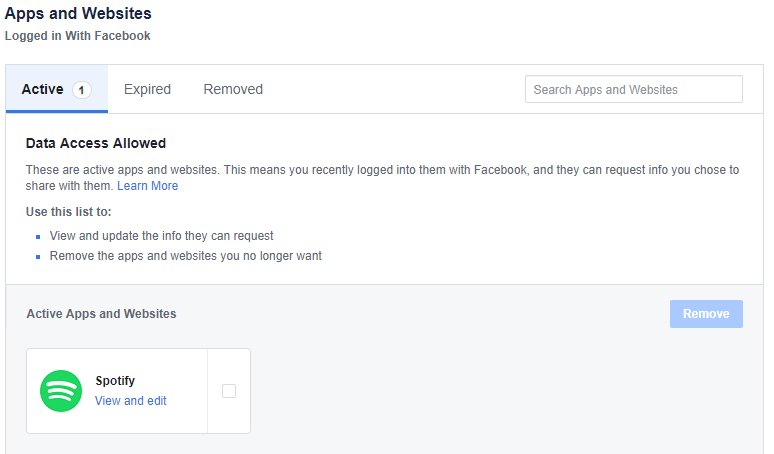 Here is the area, sadly I already re-granted it permissions

But they are working on that:https://community.spotify.com/t5/Ongoing-Issues/My-activity-is-not-showing-in-my-friends-friend-feed...

Hope they solve it soon.

I think that some privacy settings have changed since the last update. I just checked my settings and the option "Settings>Social>Publish my activity on Spotfy"  was disabled.

I turned this option on, but I do not tested yet, Need to ask some friends if they see my activities...

I didn't link my spotify account to fb, and mine isn't working either... same with my friend.

same! it truly is very annoying

Same problem here, with some of my friends.

The weird part is why it stopped updating for only group of friends but I can still see the others online?

I hope Spotify will fix it soon.

I reached out to Spotify via Twitter with this information on Monday 5/14. I told them the devices I use spotify on and the version of Spotify I use. Someone replied to my tweet saying "The OS version isn't the issue, the issue is the new update set everyone's 'Publish your activity on Spotify' setting to OFF & they have to manually go in to reactivate it, which most don't even know about. There needs to be a new update to reverse it back"

- I can confirm that this setting is not obvious to find and the option does need to be reversed because even if it is made known, most friends will be too lazy to update. My friend feed is so important to me as an avid fitness instructor - I follow a lot of feeds to get inspiration and find new tunes, so would greatly appreciate the reverse in a new version versus informing everyone to change their settings.

Anyhow, @SpotifyCares responded with "Thanks, we hear you. Rest assured, your feedback will be passed on to the right folks. If you have other Qs, just give us a shout"

No way of knowing how long it will take to update the version but hopefully soon. Fingers crossed!

Even if you go in and manual change the setting to publish activity, it is still not updating. So I'm really hoping that Spotify has a better fix than that. This is really annoying.

Yep, still down for me too. My friend who uses Spotify religiously has officially fallen off my activity list cause he "hasn't been on" in 7 days.
Kinda upsetting. Friend Activity is one of my favorite features while I'm on my laptop using Spotify.