[All Platforms] Support for Apple Shareplay

I would love to see Spotify adopt support for Apple's new Shareplay feature. Apple Shareplay would allow someone to share music over Facetime. Assuming this is implemented, it would add a whole new level of connectivity to Spotify.

- Shareplay has yet to be supported on MacOS.

@Eni Will you really look into this idea once it reaches the necessary amount of votes or will you just re-mark it as a new suggestion like you did in this request to update the Spotify icon to macOS Big Sur's new design guidelines?

I am using the alpha TestFlight version of the Spotify iOS app and SharePlay is already working. So I think it should be supported soon once the version makes it to the App Store for everyone. 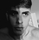 If you're using iOS 15.1 and Spotify app version 8.6.78+ you can now use SharePlay during FaceTime calls. The person you are FaceTiming will also need to be using these new versions as well. It taps into the existing Group Session feature. Was a little glitchy the first time but it should be much smoother the next few times once you accept all of iOS's popups. The music volume lowers as you talk and then rises again when there is no talking. It takes Group Session to the next level because you can talk at the same time the music is playing. Maybe that new album came out and you want to talk about it. This is cool. It starts the Group Session automatically next time someone plays in the Spotify app during the call if you've both set it up previously. And group session automatically ends when call is over.

Note: Spotify Premium subscription is required for all participants

I haven't tested so I am not sure if this works on Mac yet. The API is there to use on Mac but since Group Session isn't supported fully in the desktop app yet, I would assume you can't do SharePlay with Spotify on Mac yet.