I'm pretty sure Spotify will accommodate for the bigger screen size on the new iPhone 5.

You never know though, considering how long it took the devs to make an iPad app.

The Spotify iOS devs should update for the bigger iPhone screen NOW.

Maybe Spotify could add more detail into the app with the extra space provided.

Also update the sync reference in the app to "sync over 2G/3G/4G".

I added a shuffle and repeat option. "actually that repeat one option we really want" 😃

I also added the icon bar that is on the iPad. This would look very nice.

Since everything is now shown in the main view, the 'i" can be used for something else.

The "i" can just bring up the volume slider. Maybe you could change the "i" icon to a sound icon.

Not really sure where to put things, but this is just a mockup. Spotify will hopefully figure it all out.

I have the full mockup PSD if anyone is interested. 😃 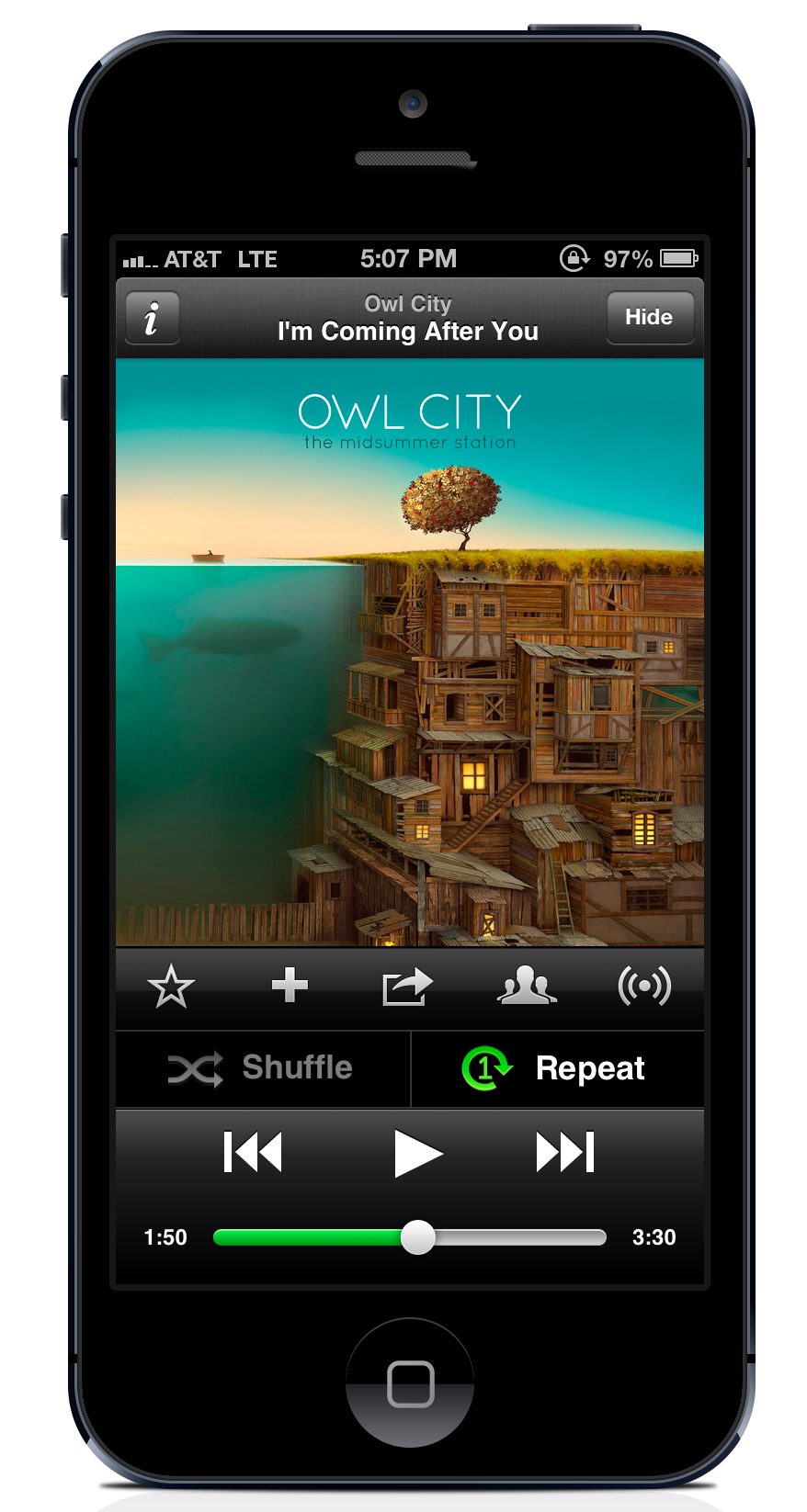 Also take a look at this mockup: http://dribbble.com/shots/752134-Spotify-for-iPhone-5

We're happy to let you know as of 0.5.8 the Spotify app now looks great on the iPhone 5. Happy (bigger) listening, everyone!
Status: Implemented
86 Likes
Comments

This would be sweet!

Spotify for iOS is too simple. They should add more cool stuff like in Android app.

Yeah, I agree. The iPad app is beautiful. iPhone app needs a makeover.

Spotify CEO has an iPhone 5 now. So maybe we will see an update soon?

Not to be grumpy or anything but considering how long it took to develop the iPad app and still not have retina ability on MBP the wait seems to be looooong.

I would like to see this as "planned" or "coming soon".

Ollyboon
Newbie
I agree. After just moving to the iPhone 5 (from android) it's really disappointing to see an app that has less functionality, doesn't look as good and does not resize itself like the android version (e.g. My galaxy s2 and nexus 7). Forget resizing, I think a major redesign is necessary here.
2 Likes