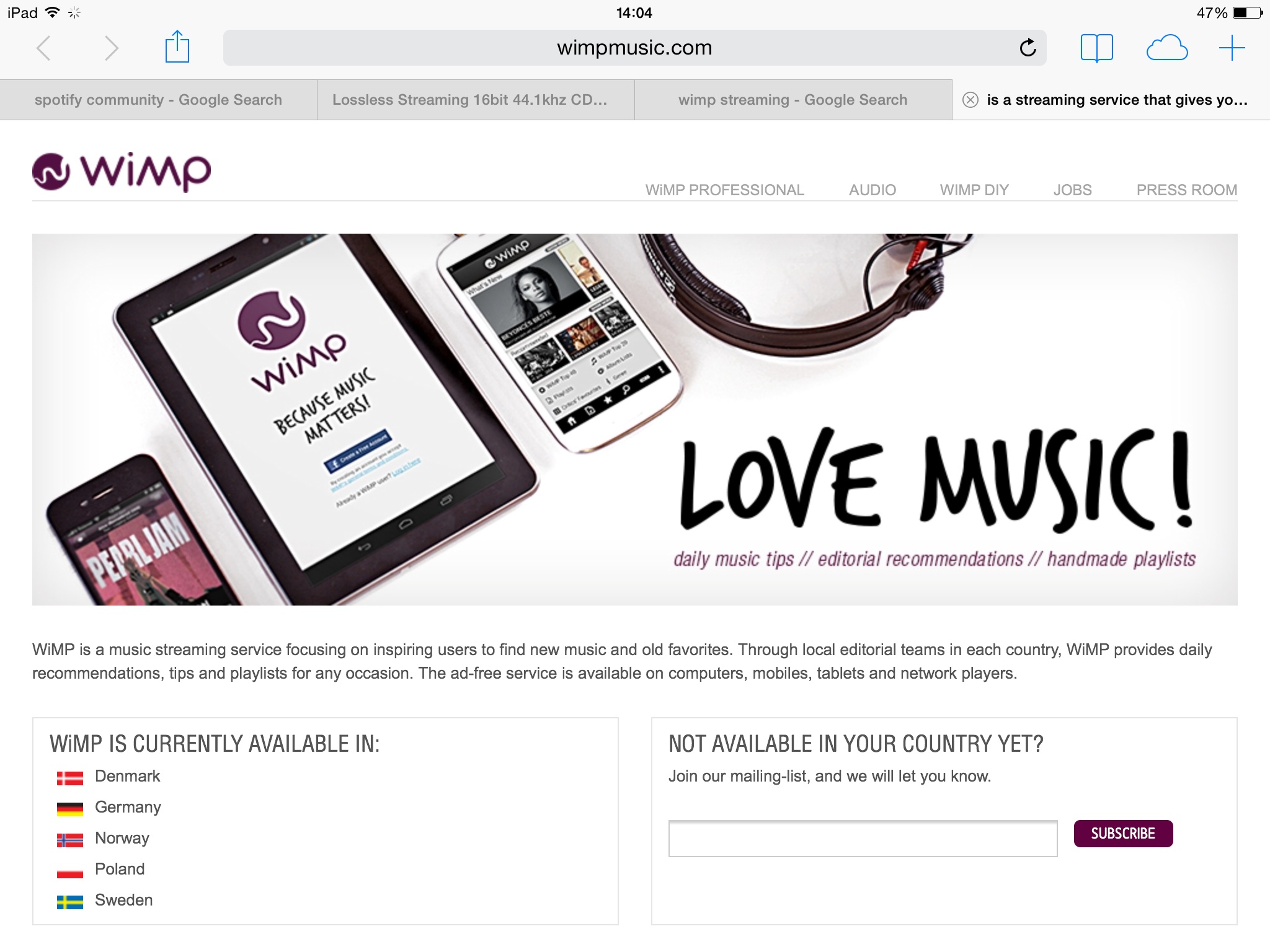 Functionalist
Newbie
I have tested alac hifi lossless on my stereo through a good DAC, and will run Spotify Premium with the service of one of the two companies in the world(only) that support lossless flac/alac HiFi. Personally, I like how Spotify is created, it's so easy, but if Ogg Vorbis is the only option instead of flac/alac in six month, then I will be sad to leave Spotify. I'm even willing to pay more than what the two other companies charge for this quality of streamed lossless HiFi, if Spotify starts providing that level of listening sensation. Snälla Spotify, kom igen nu!
9 Likes