[All Platforms][Podcasts] Option to disable or hide podcasts entirely

I don't listen to podcasts and don't intend to. But it currently takes up valuable space in both the Spotify mobile app and also in Android Auto. It's annoying having to see podcasts all the time when I don't care for them and don't want to see them.

Is it not reasonable to just have a toggle to show podcasts or not?

Very funny ! 😂 A new badge to be here since 2 years. I signed up for this very thread which is 3 years old and still not solved... 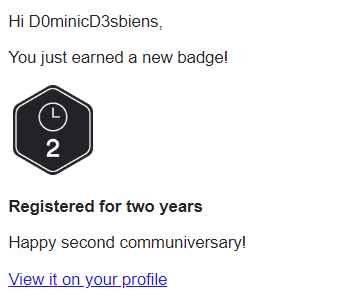 beckatron500 - Among all the meetings with stakeholders, might have forgotten why people listen to music, personally I listen to music to ESCAPE entirely any spoken words, endless information/rhetoric/intellect wars, humble braggers and self-obsessed folk vying for attention. Everyone is fighting for me to listen to them all the **bleep** time on the internet and agree with them, music is a way to get away from that, its my escape away from peoples thoughts

The issue is not only that podcasts are being pushed at people who don't want them. Spotify's commercial activity in this space is revealing that they support at best - clout chasing reality tv 'stars' who have precisely nothing to say or at worst - sociopathic narcissists who shouldn't even be allowed a media platform to spread their vile misinformation.

I fully expect podcasts from Trump, Musk, Kanye West and Boris Johnson to appear before the year is out. Plus a few self congratulatory LA nepo babies and other people we don't need.

Just saying... There is an offer with Shazam that give you 3 months free of Apple Music with a new Apple account (or if you never had Apple Music Premium with your existing Apple account). Decided to give it another try ! No podcasts, lossless...

Today I got recommended Astro Sluts. And a whole slew of other Astrology podcasts. Not once have I listened to anything about Astrology. I think I have listened to a few podcast episodes. Mostly sports talk shows.

Are you able to answer a simple question?

Why are there not a toggle button for hiding podcasts from "My" homescreen?

I pay for music, not pods.  Well, in this case, apparently I pay for whatever Spotify wants me to listen to.

Those who like podcasts, do not hide it anyway.

It should very, very easy to fix!

I don't care for podcasts or music recomendations. Please add feature to turn off. I do my own searches for content I want to know about. Plus all damn programs have ads, which makes me think what is the point to keep paying premiun?

I would welcome the same functionality for dealing with Audiobooks.

Option to hide or block certain podcasts needs to be deployed ASAP because so many inaproriate and adult podcast just poping in my home screen even when i disable explicit content.

Just now realizing this is an issue with our Family plan.  Certain searches -- as generic as 'music videos' -- coming up with results for adult podcasts on my teenage daughters' devices, even though I'm blocking Explicit content.  This seems like a no-brainer to allow customers to disable podcasts for members in their Family plan.  How can Spotify ignore so many customer complaints for -- apparently -- several years now?