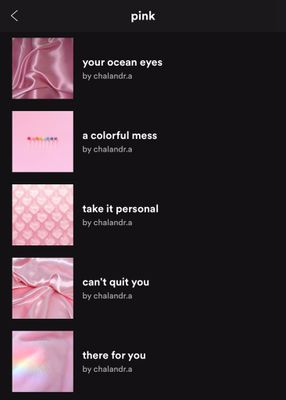 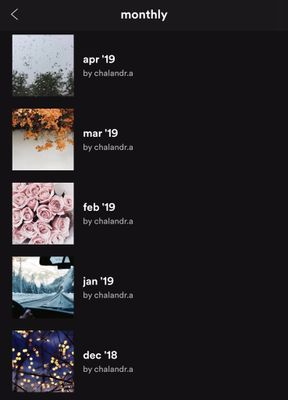 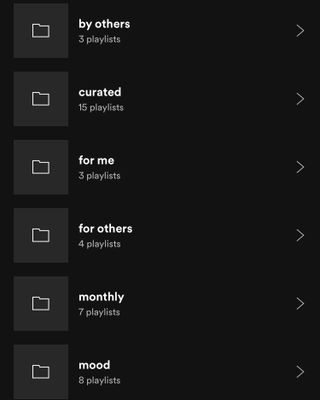 We appreciate you coming to the Community, and adding your votes and comments to this idea.
We're setting this idea to 'Not Right Now', as this isn't something we have any immediate plans to implement.
If we do have any new info to share, rest assured we'll check back in here with a new status.
Thanks.

I fully understand that the Spotify design team has categorized the ability to add a thumbnail image to a Spotify playlist folder as non-critical “nice to have” feature, however more and more it’s becoming an annoying missing necessary function. Especially when playlist libraries are growing and categorization becomes necessary to be able to find songs. Simple text is simply not good enough anymore.

Would love to see this! Especially now that the mobile layout has been updated and playlists are front and center. Even if the folder picture just shows the first four playlist in it.

I want this feature so badly, yet Spotify doesn't even seem to care about such a simple yet impactful feature!

Uhg... "We're setting this idea to 'Not Right Now', as this isn't something we have any immediate plans to implement".
It should be a basic change on the app code that any programmer can copy-paste. Cuztomization and images are already impleneted on Individual Playlist, its not something new to discover! What a bummer.

I would love this for mobile as well! It would be super awesome to see it implemented system wide!

I really hope spotify will do this soon. It's such a great idea and I'm getting tired of seeing the ugly default image on my phone.

really annoyed this hasn’t been implemented yet especially considering the fact that there’s no reason not to. More people would know about, use, and advocate for folders if they looked better on mobile.

Great idea. Honestly, I have a hard time navigating my folders because of the lack of visual cues. At the very least give us some color options so it's not all grey 😕

PLEASEEEEEE just saw that you can add folders on your desktop while scrolling on TikTok and it's only a matter of time before everyone is doing it but it looks so ugly. part of Spotify's appeal rather than Apple music is that it is aesthetically pleasing and user friendly! This takes away from that

Hello, I hope you're doing well!

I think it would be great to add the possibility to choose a picture and a description for folders (just like playlists)!! It will be easier to organize playlists (especially for people with ocd, adhd etc...).

Thank you for taking the time to read,