[Playlists] Search within all Playlists 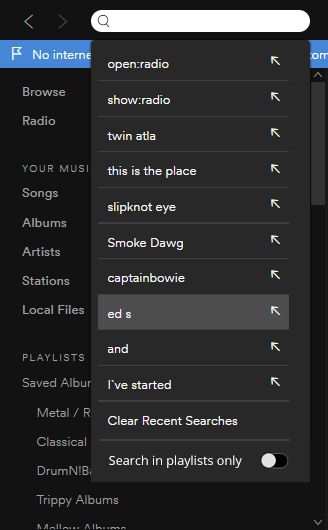