[Playlists] See which playlists a song has already been added to

Sometimes I think of or hear a song and I want to add it to a certain playlist but I’m not sure if it’s already in there, or I just want to know what playlists it’s in. It would be nice to to have a feature where you can check which playlists of yours a song has been added to. I know that you there’s a notification if it’s a duplicate, but it would be more convenient if the song is in multiple playlists to just see all of them at once rather than getting that notification one by one for all of them, if that make sense.

Edit: someone in the comments suggested having checkmarks next to the playlist names in the "Add to playlist" drop-down and that would be perfect!

I think this is exact same thing to myself several times a day!! I just noticed that there is even a little search feature when you are in your library viewing your playlists, but it will only search playlist names. Please simply add that this search also searches songs in those playlists. That would be a dream!!

I want each of my playlists to have songs that don't repeat.

It would be really nice if there was a way to see if the song you are playing is already in a playlist that you have.

Often I come across a song and I KNOW that I've got it on an old playlist somewhere. I don't want to search every single playlist to hunt down where that was when I haven't listened to them in a while and I don't want to put it on a new playlist and end up overusing the song.. That's just one example of how I would use this. PLEASE. I would use this every day.

i also felt the need for this functionality so i created a web app called www.spotifyfinder.com

- this web app will allow you to search across your playlists for a track or artist or album (search tab).

- this web app will allow you to search across your playlists for duplicates (duplicates tab).

- this web app is a set of tools to make curating your playlists a bit easier.

- it is free and open source

Thank you slipstream422 - I will give it a try! 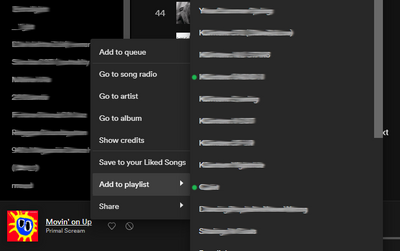 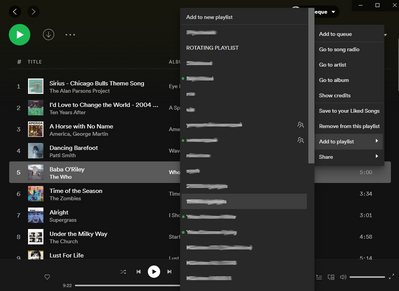 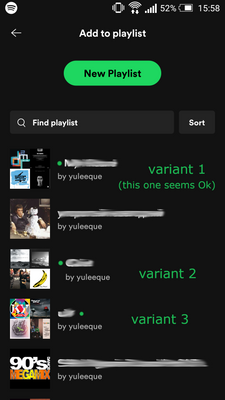