Apple Music has this neat feature that allows users to edit track metadata for all tracks added to the user's library. This is most useful for putting custom artwork for albums or removing (Deluxe) or (Remastered) tags on albums, and removing parentheses in track titles. This feature is also useful for scrobbling with Last.fm, a feature that is not built into Apple Music. Custom artwork for albums is a popular feature on Apple as fans can use their fan-made artwork in screenshots.

Being able to edit track and album metadata on Spotify would be great for people like me who love to micro-manage their music library. 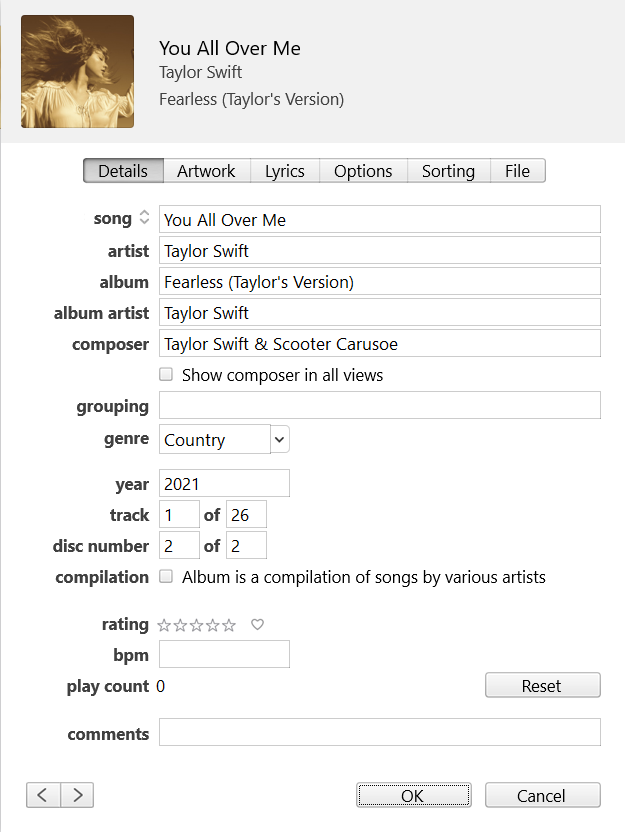 I would like the opportunity to change picture of album or podcast to something neutral. Am tired of beeing greeted by Filip Hammars unshaved cheek every morning, day afternoon, evening.

We've gone ahead and marked this as a new idea. Spotify Staff will look into this idea once it reaches the necessary amount of votes.

It looks like your idea was posted a while ago but, unfortunately, it hasn't gathered the minimum amount of votes to stay active in the Ideas Exchange (50 votes in the first 3 months). I'll mark your idea as "Closed - Not Enough Votes". You can learn more on how the Ideas Exchange works here.

I would really like to have this. Before I used Spotify, I typically managed my MP3 library. The one thing I miss from using MP3's is being able to edit metadata. This would be very useful for Last.fm as well since certain tags can cause the same tracks to be split in the scrobble library.

Please Spotify 😭 if apple can do it you guys certainly can implement it!

Hello and thanks for bringing your feedback to the Idea Exchange. We've marked this as 'New Suggestion'.
Spotify Staff will look into this idea once it reaches the necessary amount of votes.

Hey! Looks like that your idea is growing up fast and it's amazing! We are going to change its status to 'Good Suggestion' now and I hope it continues to be supported by more and more users.
Thanks again for your idea. We really appreciate it 🙂

I hope Spotify could implement this. There are plenty of errors in music metadata and for us who love having all in place it would be amazing 😍😍

we need this desperately!! i always wanna switch to apple music just to use that feature.

this is the one feature (and lyrics but they're coming soon) keeping me on AM!! please implement this!!