5 of the Hottest Indie Pop Acts on Spotify

5 of the Hottest Indie Pop Acts on Spotify

Follow the Spotify playlist Live Fast, Die Young for new music by these five acts plus much more. 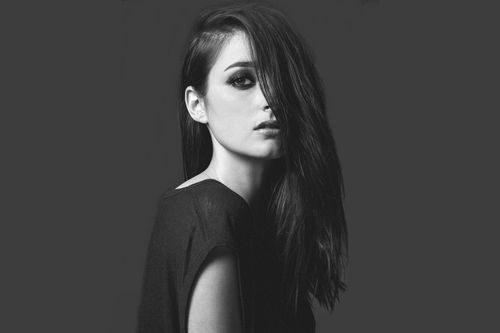 A mixture of ominous melodies and bass-heavy, R&B inspired beats come together to make a kind of dark pop music that is simply infectious. Her small but potent collection of music requires no skipping. Just press play, keep the loop icon at the bottom of your Spotify app green, and get lost in some of the smartest lyrics you’ll hear all year. Mix in a little hip-hop, a dash of dance, and a whole lot of synth and you have the New York native band Phantogram. Sarah Barthel and Josh Carter have been making catchy-as-hell melodies over sample-heavy beats as far back as 2007. Their latest effort, Voices, was arguably one of the hottest indie albums of 2014 though, the charts hasn’t always reflected that claim. If you’re looking to run that extra mile (literally), be sure to throw in a couple of Phantogram songs like “Fall in Love” and “Black Out Days” to give you that second wind. Ever wonder what ‘roller skating rink’ music would sound like in 2014? Wonder no more! Churches (stylized as CHVRUCHES) freshman effort, The Bones of What You Believe is what pop music should be. While the synth-heavy beats from songs like “Lies” and “Recover” will leave you wanting more, it’s the hypnotizing vocals of Lauren Mayberry that really sets CHVRCHES apart from the seemly sea of synthpop acts to emerge in 2014. Forming in Gothenburg, Sweden around 1996, Little Dragon is not exactly new to the game. But there’s no denying that their latest effort, Nabuma Rubberband, brings a fresh take on the synthpop genre. Listening to the single “Klapp Klapp” one can’t help but get out of their seats and move that ass. The summer playlists of 2014 will belong to the synthpop sensation La Roux, no doubt. Influenced by 1980’s British synthpop acts like OMD and Depeche Mode (As all proper synthpop singers should), La Roux comes hard with her latest single “Let Me Down Gently”. Her new album, Trouble in Paradise, is expected on the first week of July, 2014. We can hardly wait.

Follow the playlist "Ever Synth You Left" for the latest in indie pop: http://sptfy.com/3s5
Labels:
Reply
1 Like
1 Reply

Re: 5 of the Hottest Indie Pop Acts on Spotify

I think you should check on Lorence. He's an Indie Artist. I discovered him last week and his first EP is pretty good. He's not famous, but I like his music a lot!