We use cookies to give you the best online experience. By using our website you agree to our use of cookies in accordance with our cookie policy. Learn more here.
Announcements
Current information of our Google Nest Mini Offer can be found here.

Set in Saigon in 1965, during the Vietnam War, the film stars Robin Williams as a radio DJ on Armed Forces Radio Service, who proves hugely popular with the troops, but infuriates his superiors with what they call his "irreverent tendency". The story is loosely based on the experiences of AFRS radio DJ Adrian Cronauer.

Most of Williams' radio broadcasts were improvised. The film was a critical and commercial success; for his work in the film, Williams was nominated for an Academy Award for Best Actor in a Leading Role. The film is number 100 on the list of the "American Film Institute's 100  Funniest American Movies". ( wikipedia )

The soundtrack album for the Bob Dylan biopic I'm Not There was released as a double CD on October 30, 2007. It features only one recording by Dylan himself—his previously unreleased recording of the title song "I'm Not There" recorded during The Basement Tapes' sessions in 1967—plus various other artists' recordings of songs written by Dylan. These CDs do not contain the movie sound track. Fragments from less than half of the titles are heard in the film, which features more of Dylan's own recordings. The end credits relay a complete list of music heard in the film, including Dylan's "Blind Willie McTell", a song released on his album The Bootleg Series Volumes 1–3.

A four-LP version was also released. It features the various artists on the record holding up the side numbers on cue cards, modeled after the "Subterranean Homesick Blues" scene from Dylan's 1967 film Dont Look Back. ( wikipedia )

The Boat That Rocked (retitled Pirate Radio in North America, Good Morning England in France, Radio Rock Revolution in Germany, Rock Wave in CIS region, and I Love Radio Rock in Italy ) is a 2009 British comedy film written and directed by Richard Curtis, with pirate radio in the United Kingdom during the 1960s as its setting. The film has an ensemble cast featuring Philip Seymour Hoffman, Bill Nighy, Rhys Ifans, Nick Frost, and Kenneth Branagh. Set in 1966, it tells the story of the fictitious pirate radio station "Radio Rock" and its crew of eclectic disc jockeys, who broadcast rock and pop music to the United Kingdom from a ship anchored in the North Sea while the British government endeavours to shut them down. It was produced by Working Title Films for Universal Pictures, and was filmed on the Isle of Portland and at Shepperton Studios.

Mortal Kombat OST is definitely on my short list of groovy film soundtracks for sure...https://play.spotify.com/user/travellingmanleeds/playlist/4ZGqY4kjAf2oSleUn032EJ

Adventureland is a 2009 American comedy-drama film written and directed by Greg Mottola, starring Jesse Eisenberg and Kristen Stewart and co-starring Ryan Reynolds, Bill Hader, Martin Starr, and Margarita Levieva. The film is set in the summer of 1987 when recent college grad James Brennan (Jesse Eisenberg) is making big plans to tour Europe and attend graduate school in pursuit of a career in journalism. However, financial problems force him to look for a summer job instead of traveling abroad, which places him at Adventureland, a run-down amusement park in western Pennsylvania. There he meets Emily Lewin (Kristen Stewart), a co-worker with whom he develops a quick rapport and relationship.
A total of 41 songs were licensed for use in the film. The soundtrack includes 14 songs and was released on April 1, 2009. The songs included are mostly from the 1980s, to fit with the setting of the film, with several tracks from the late 1960s and early 1970s, most notably by The Velvet Underground, Lou Reed, the New York Dolls and cult darlings Big Star. The '80s bands represent a cross section of alternative bands from the time including Hüsker Dü, The Jesus and Mary Chain, Nick Lowe, The Cure, The Replacements, and Crowded House.

The Virgin Suicides is a 1999 American drama written and directed by Sofia Coppola, produced by her father Francis Ford Coppola,  starring James Woods, Kathleen Turner, Kirsten Dunst, Josh Hartnett, and A. J. Cook. Based on the novel of the same name by Jeffrey Eugenides, the film tells of the events surrounding the lives of five sisters in an upper-middle class suburb of Detroit during the 1970s. After the youngest sister makes an initial attempt at suicide, the sisters are put under close scrutiny by their parents, eventually being put into near-confinement, which leads to increasingly depressive and isolated behaviour.

In addition to original score composed for the film by Air, the film features songs by 1970s-era performers and five tracks from the 1990s by  Sloan. A separate soundtrack album was released featuring music from Todd Rundgren, Steely Dan, Heart, Sloan, The Hollies, Al Green, Gilbert O'Sullivan, 10cc, Head East, and two tracks by Air (one previously recorded; one composed for the film). ( Wikipedia )

Pat Garrett and Billy the Kid is a 1973 American Western drama film directed by Sam Peckinpah and starring James Coburn, Kris Kristofferson, and Bob Dylan, and written by Rudy Wurlitzer. The film is about an aging Pat Garrett, hired as a lawman by a group of wealthy New Mexico cattle barons to bring down his old friend Billy the Kid.
Dylan composed several songs for the movie's score and soundtrack album Pat Garrett & Billy the Kid, which was released the same year. It was filmed on location in Durango, Mexico, and was nominated for two BAFTA Awards for Film Music (Dylan) and Most Promising Newcomer (Kristofferson). It was also nominated for a Grammy Award for Album of Best Original Score (Dylan). ( Wikipedia )

I love the soundtrack in "Inside Llewyn Davies"! I can recommend the movie to every musiclover out there! 😄 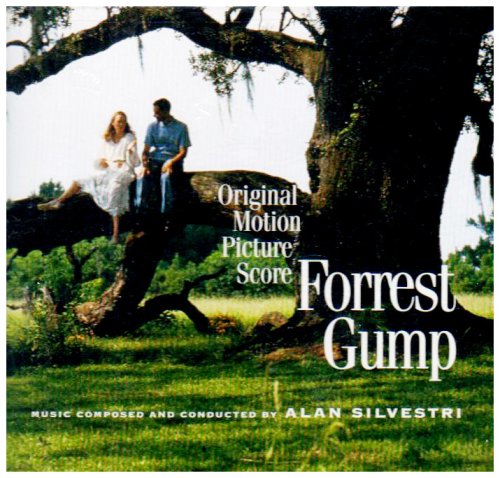