Hi, you'all once again, today we have a great new music day, several cool releases that obviously you can find in Playlist Fresh Singles, in case you still don't know I have a new format now (and also a brand new image) for now on all the tracks added will stay in this Playlist during 4 whole weeks after that they will be saying goodbye to this Playlist but surely you still can find them in another that fits best for it. 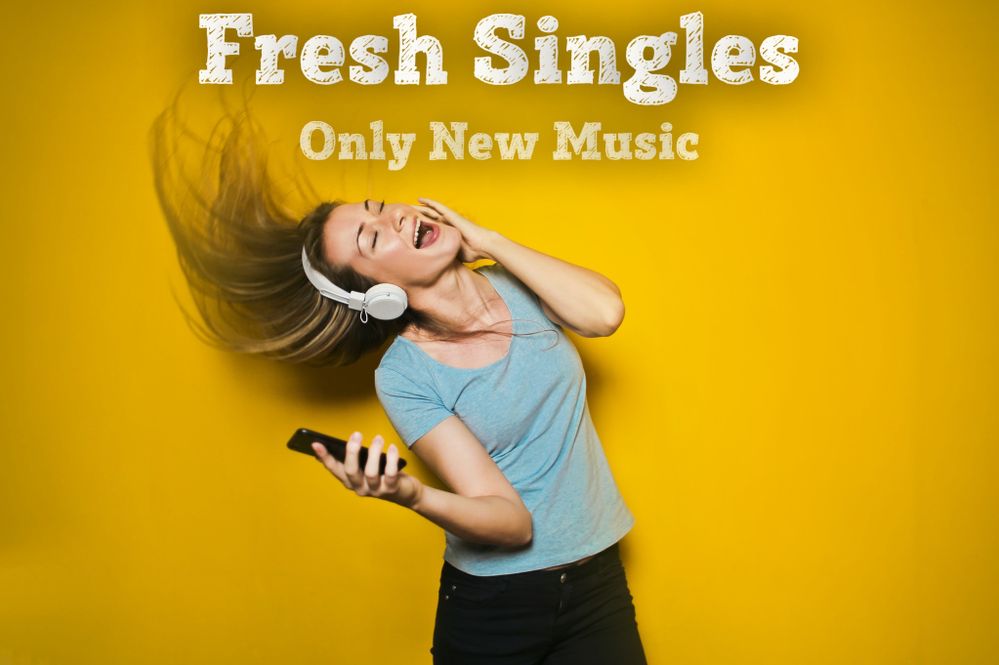 1 Tired Lion Waterbed Yes finally the band from Perth Australia deliver new music, previous was in since 2018 and this one is so good that it's already one of my favorites recent releases.

2 The Stroppies Look Alive More indie from Australia now from Melbourn (big fan of the Aussie scene since a few years ago), this is the third single that gives name to their upcoming album out June 05 and they sound fantastic.

3 Covet Parachute Now from California this trio with their newest track after Nero (instrumental track) released at the end of March, this time with lyrics is a bit softer track or with a different vibe but really good and enjoyable.

4 Halfo Moon Run Grow into Love  From Montreal Quebec, more instolated tracks, now the turn for this folk band that is back after their last year album A Blemish in the Great Light with this beautiful tune

5 July Talk Identical Love  More from Canada now (Toronto) with their third single part of the upcoming album Pray For It out July 10 really different track than their previous two this one in some way more heartfelt alongside with a sax solo...a thing of beauty!!!

6 Feuerschwanz I See Fire Erlangen Germany third single part of the upcoming album Das Elfte Gebot out next June 26 folk-rock/folk metal this track (Ed Sheeran cover) shows us why these guys are one of the hottest bands in this genre.

7 Ariel View Fake Friends From Ontario California, this indie/surf band this track is new for Spotify users but was really released back in 2017 at Bandcamp so if you fan surely you already know the track but if not, you can enjoy it now.

8  Hanover Somer This is one of those small and new bands that I love so much, with very few followers (42 followers 30 monthly listeners) from New England emo/emo-punk indie/alternative anywhere in between this track is part of an upcoming EP titled Virginia and Everything After with 5 tracks and this is the fourth out. Currently, Hanover is Donny McManus guitar and vocals, Michale (snooks) Papagna drums, and Zach Willette Bass

9 Luzern Raze / Shit Kid Tradgarden Another single part of the upcoming album "INTERNATIONAL BREAKDOWN", available May 20 via PNKSLM Recordings. The last one still is hot less than 1 week from release and this collaborative now you can find it in Playlists #LessThan1000Followers as well.

10 Jonah Yano delicate Last but not least one more from Ontario Canada, this track part of the upcoming debut album Souvenir out June 19 an album about his personal history.

Enjoy it and stay tuned if you want to be updated with the new hot and cool artists.

JpgchiefRock Star 14
Help others find this answer and click "Accept as Solution".
If you appreciate my answer, maybe give me a Like.
Note: I'm not a Spotify employee.
Labels:
Reply
0 Likes
Reply
Topic Options
0 Replies