Announcements
We’re experiencing issues with Premium subscriptions and redeeming gift Cards. This is being actively investigated. Subscribe to this thread here for updates. 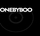 She is a singer-songwriter with an impressive list of self/independent releases.

Frankie had released her first ever album back in 2014, Zentropy which was followed with Next Thing (2016) and last year's Vessel.

Also on her DIY style releases she has 2 more EP's and a massive list of live appearances.

With standing behind the definition of the word indie, Frankie is deffenately something music fans should pay attention to.

OneByBooRock Star 19
Help others find this answer and click "Accept as Solution".
If you appreciate my answer, maybe give me a Like.
Note: I'm not a Spotify employee.
Labels:
Reply
0 Likes
SUGGESTED POSTS
Log In