Announcements
Uh oh, we’ve noticed some issues right now and are investigating. Check this thread for more info and updates. 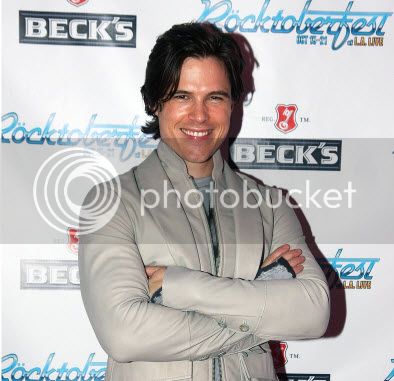 An evening of good food, great beer, even greater music at Gene Simmons & Wolfgang Puck’s Rocktoberfest at LA Live – I recommend attending next year if they do it again!

What particularly got me to commit to attending is that I saw that Eric Dill who used to be the lead singer for the Click Five was performing.   I’ve been a big fan since I first heard him in the early 2000’s.  Eric did not disappoint!  He totally rocked the house with his renditions of Journey’s “Don’t Stop Believing”, Radiohead’s “Creep” and (I think it’s by the Outfield) “Your Love”.

Eric just released his first solo (Halloween) single “War with the Wolves”(Eric on iTunes).  The full album I hear will be out in November with all originals (not covers).  Watch the video here it’s sure to become a cult classic!

Get Eric on your smartphone below.