Nena's 99 Red Balloons is a good song from the 80s, but for some reason it is not the same as it once was! The official version on Spotify seems to be a remix.

I was not around when the original played on pop radio, but I did enjoy it on my local "oldies" station. Also, most cover versions on Spotify, not to mention the music video found on youtube, follow what I remember to be the original version of this track. Reviewers on Amazon have mentioned that their copies are the modern remix copies as well. I have a cover version of 99 red balloons in my favorite spotify playlist, but I prefer the original singer's voice.

More than anything, I just want answers. What made 99 red balloons change? Why is the original not available? Whas the album version of this song in fact always this way, and the radio version different for some reason? The answers are probably hidden in plain sight across the web, but I can't find them due to a lack of knowledge about the terminology.

This is my first time posting to the Spotify Music Chat, but I am quite hopeful for a reply.

Hi @WolfIcefang Spotify would love to have all the world’s music available to everyone. However, some artists and tracks aren't currently available.

I'd recommend reading   this article for more info.

You can also download that file and stream it as a local files in Spotify. You can learn more about this feature in the image. 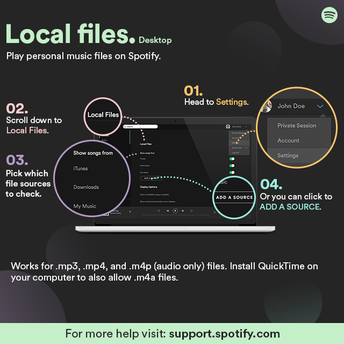 Hope this helps and wish you a nice day!!!

I'm looking more for the story than the song itself, but thank you for the informative links.