Many of the active users both in Spotify and in the Community are creating their own music. If you'd like to share your band with the group please post here.

Once you've become a contributor in the boards feel free to share websites, Spotify Play Buttons, etc. Thanks folks.

I have moved your message in the appropriate board and thread. Spotify users are welcome to introduce themselves and their music in the community : "Please note though that if you would like to promote your own music we ask that under 10% of your posts in the Community be about your own work. You have to be a regular poster within the boards to gain the ability to promote your own music."

Hope there are some rock fans on this page

Most of the biggest selling albums last year were from veterans like Pink Floyd, AC/DC and Foo Fighters

I promote a band called Cold Command and we have just released a single called Lullaby. I hope it brings back some of the elemetns of classic rock with a new sound

Please check it out and I welcome your feedback

lamontsincere
Newbie
Check out my song "Above & Beyond" by me Lamont Sincere and check my playlist "Going Above & Beyond" or Begin The Weekend." Enjoy

Hello @lamontsincere and welcome to the community 🙂

I have moved your message in the appropriate thread.

The It's A Hit – Vol. 1 is a compilation of various independent artists tracks that were hand selected by WDSR Radio. The album dropped on November 6, 2015 with a pre-order exclusive to iTunes on October 23, 2015.

Every Tuesday night WDSR Radio has a radio show dedicated to indie artists who submit their original tracks to the station. The name of the radio show is It's A Hit or Toss That **bleep** and is hosted by B. M. DuBB.

If the submitted tracks are considered hits by listeners voting via Twitter, Facebook and the WDSR Radio chat room, they are automatically put in main rotation during the 24 hr. broadcast.

Not only are the tracks put in rotation but they are also selected to be a part of an upcoming compilation such as the It's A Hit - Vol. 1 compilation. Submissions are received from artists all across the globe.

WDSR Radio is a huge supporter of independent music and show their appreciation in this manner. 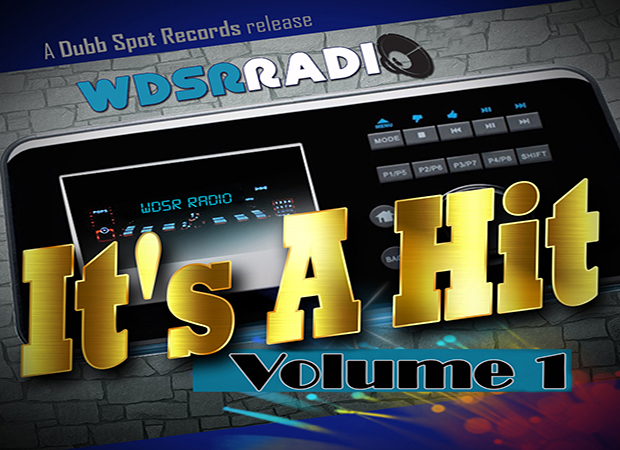 Hey Meredith, great idea. I'm an indie artist and would love for one of my songs to be considered, but I totally understand if you don't want people to self-nominate. Looking forward to the list in any case. Cheers! https://open.spotify.com/track/7ztqrvJRENInXH7lBSmooc

I just released a new album this Halloween!

The album is a dark fantasy story about a ghost locked in a hallway, who beckons a traveller inside to release her, but instead he gets locked inside with her, and must find out how to escape. Its an allegorical story about finding my birth mother, and very dear to me. I love that I have the opportunity to share about it here. ❤️

Thanks for supporting my music!
Reply
0 Likes

Thanks for supporting my music!
Reply
0 Likes

@Anestopoulos welcome to the community 🙂

Edit reason : post moved in the right thread and link edited to display it correctly 🙂

And I suggest you read the rules in page 1 of this thread :

This playlist is called alexthomasdavis and is music made by me.

Its Melancholy blues. I'm self taught and written 10 albums this year. Those are a good place to start, esp tracks Broken Stars, and Happy Being Sad.

Feel free to have a listen 🙂

I have moved your post in the right board and thread.

You are welcome to share your own music with the community.

Here are some rules to respect :

If you don't know how to post your music, read this thread :

Thanks I thought there might be a few rules 🙂

Thanks for the help, don't worry I'm not a spammer. !

Do you have any tips on getting onto a spotify playlist? Like the ones Spotify do themselves.. like new indie artist or something along those lines?

Well, the only tip I could give to be featured in a playlist, as well crafted by Spotify as by any other curator is :  Create interesting music

There is many curators always looking for new artists or bands. I am one of them. My monthly playlist features as well known artists as less known or totally unknown ones. No sectarism, If the music gets my attention, I feature it.

Thanks for that info!

Could I be cheeky and point you towards a couple of my songs?

Any help would be great, I'm getting to the point now where some exposure would be good.. I write A LOT! and just love writing songs.. i do the lyrics, music, artwork, everything basically.. and am self taught.

Anyway the proof is in the pudding as they say! Would be great if you could spare a few moments for me 🙂

I just joined Spotify and I am just learning how all of this works...
This video is for my first song.The song is available here on Spotify.

Hello @bullie340 and welcome to the community,

Please could you give a bit more informations about what you are posting?

I noticed the new Discover Weekly, this way I can get new content every week, thank you for this.

a video clip here and the EP on spotify !