Spotify deleted half of my 100% organic followers with no warning and for no reason overnight.

Spotify deleted half of my 100% organic followers with no warning and for no reason overnight.

GGMidas
Casual Listener
My heart is broken.
As you can see in the pictures provided, 520 real followers were removed by Spotify overnight on my artist profile for 0 reason. All my hard work and time. Countless hours of reaching out to fans. Half of it all - taken away for 0 reason and with no warning at all. This is demoralizing. Why would any company do this to an artist who uses their platform and puts their heart into making quality music? All of my followers were organic and I use to track everytime I recieved a follower. So half of my fanbase was removed overnight on the 29th of April to the 30th... for nothing. I just discovered this today. If anyone has any way to help me, it would be beyond appreciated.

You might bought it 5 months ago from a site that was claimed organic follower seller.

No. That's the thing. I bought nothing. That's on my life. I watched every follower since 2017 and they were all 100% organic. They just purged my account of followers for no reason at all and they were real followers. Absoluetly no fowl play or dishonesty. They also did this the same month I expressed suspicious activity happening with my account on April 15th. Then April 29th, they cut half my organic following. I repeat.. every single follower I have was organic. I watched every single one, and never promoted in any 3rd party way. I had those followers from my music going viral and being on multiple official spotify playlists. Then all of a sudden it seemed like my music was hidden from the algorithm...it made no sense, so I expressed concern. After I did, this happened. It's an attack on my account... there has been no falsehoods or inorganic methods on my end whatsoever. I say a lot of controversial and confident things to my rivals and competion in my music and many of the people that I'm up against know people and have management that know people at Spotify. That's why expressed concern. The drop from Spotify playlists and the algorithm suddenly happened when I started getting more blatant with my subliminal critiques within my art. The moment I expressed concern, my account followers were purged in half the same month a few days later - overnight. If anyone can help me share my story or provide aid, it is greatly appreciated. 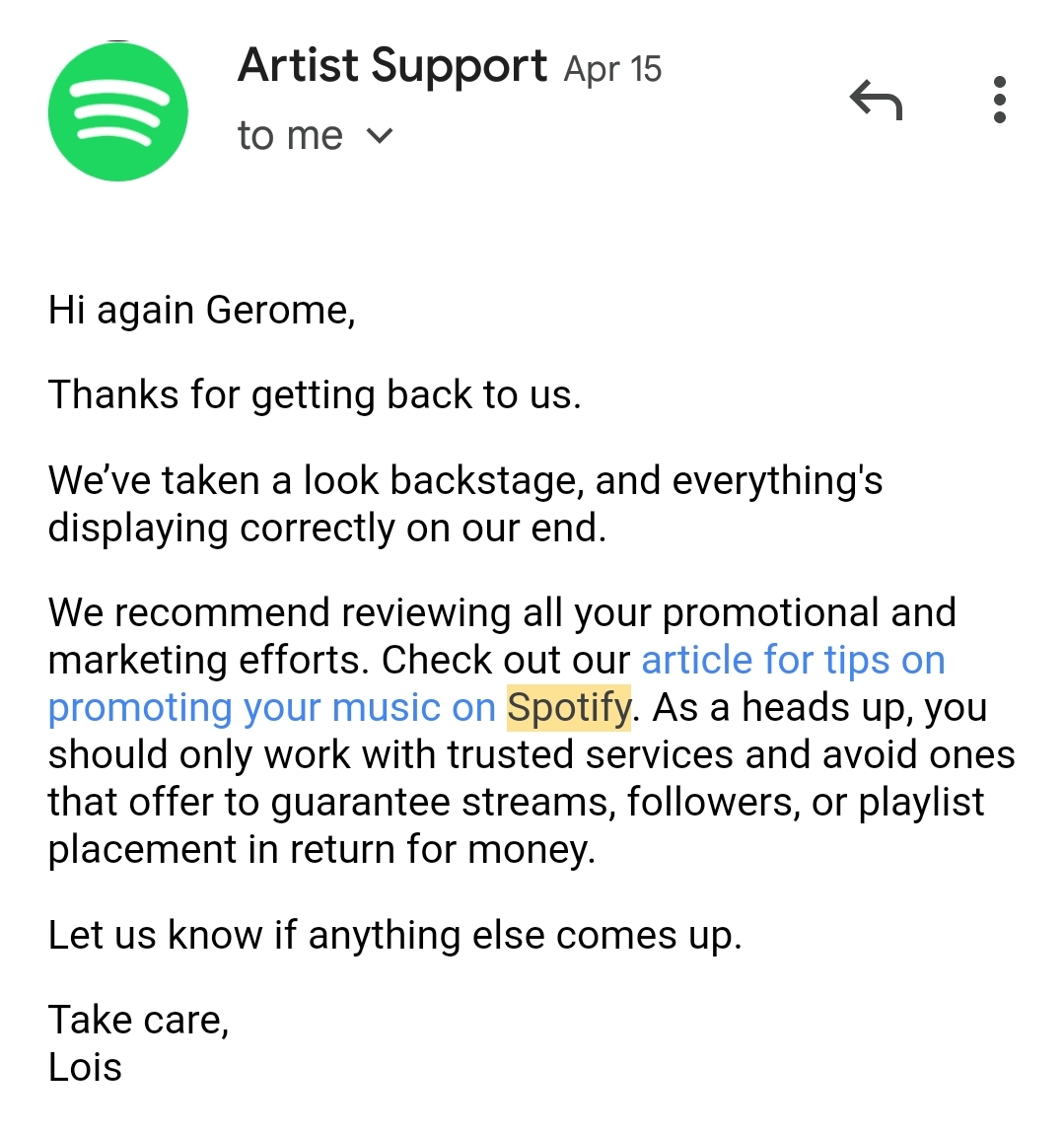 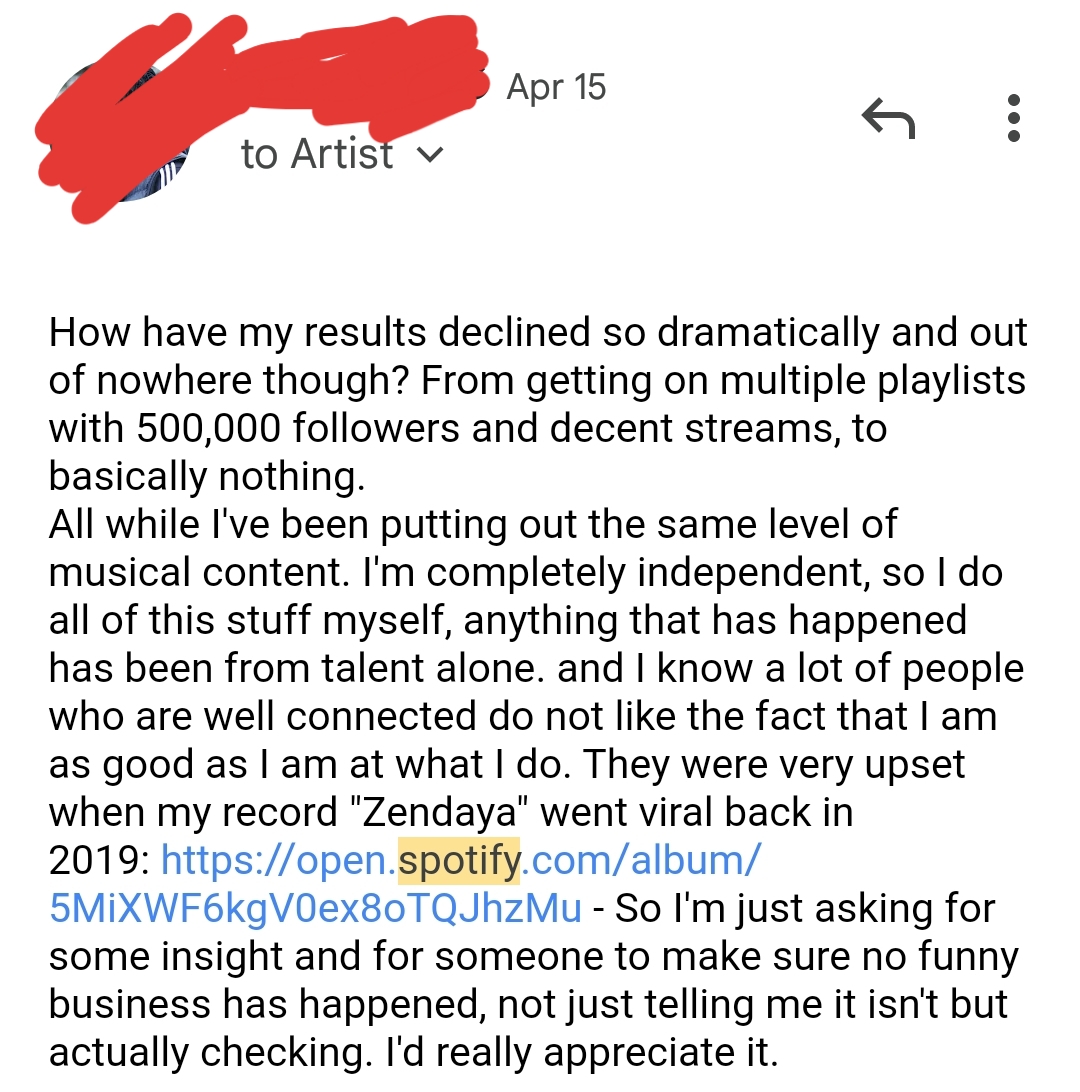