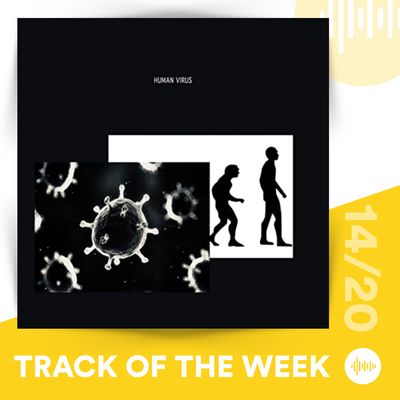 It’s fascinating. Sometimes tracks fall into a time when they are interpreted completely different than they were originally intended to be. This is also the case with the Klangspot track of the week.

When the track ‘Human Virus‘ was released on Beatport a few days ago, Alyne commented the title of the track on Instagram. Against all suspicion, the track is not related to Corona.

Well, if one looks at the current crisis, a connection can certainly be made. The crisis shows us that the highly developed human race is not invulnerable. But it is also possible (with reservations) to benefit something good from the crisis. In some cases, solidarity between the people is growing. Environment & nature seem to recover even through the standstill. I don’t want to go into this topic any further. But I think Alyne hit the bull’s eye with this track.

‘Human Virus‘ is part of the eponymic EP, which is the first release on Alyne’s own & new label ‘Humanoid Music‘. Those who expected a club track might be disappointed. Or others like me, might be absolutely fascinated. I know very few tracks over eight minutes long that are so captivating and varied. Piano and gloomy soundscapes at the beginning, the beat starts at more than two minutes. Later follows an acid synth that subtly alternates with the soundscapes. The track tells a story. And Alyne has built it up in an extremely exciting way. Presumably ‘Human Virus’ will be found in only a few DJ sets due to the structure. But it would be the perfect intro for a set. Or an album. Anyway. This track has been heard – not only in the days of Covid-19.

Listen to ‘Human Virus’ on the ‘Stuttgart Electro Sounds‘ playlist as well as my personal playlist with all my favourite electro tracks on Spotify: