The (Beta?) Client is behaving badly for me - mostly it's problems that are impossible to recreate such as selecting a track for playback but getting a track from a diffrent album in the same atist's view. This happens only occasionally, sometimes repeatedly getting it wrong, sometimes getting it right after making the selection a second time. I cannot give specifics that would allow anyone to re-create the problem.

Here is a screencap of a track that is highlighted in the Artist's view and show as playing in the details relating to the transport controls - yet is not the the actual track playing. While I could get this to happen several times (by doing a couple of track skips from the first to the second album) sometimes it gets it right. Skip on from this track in the first album to try and recreate: 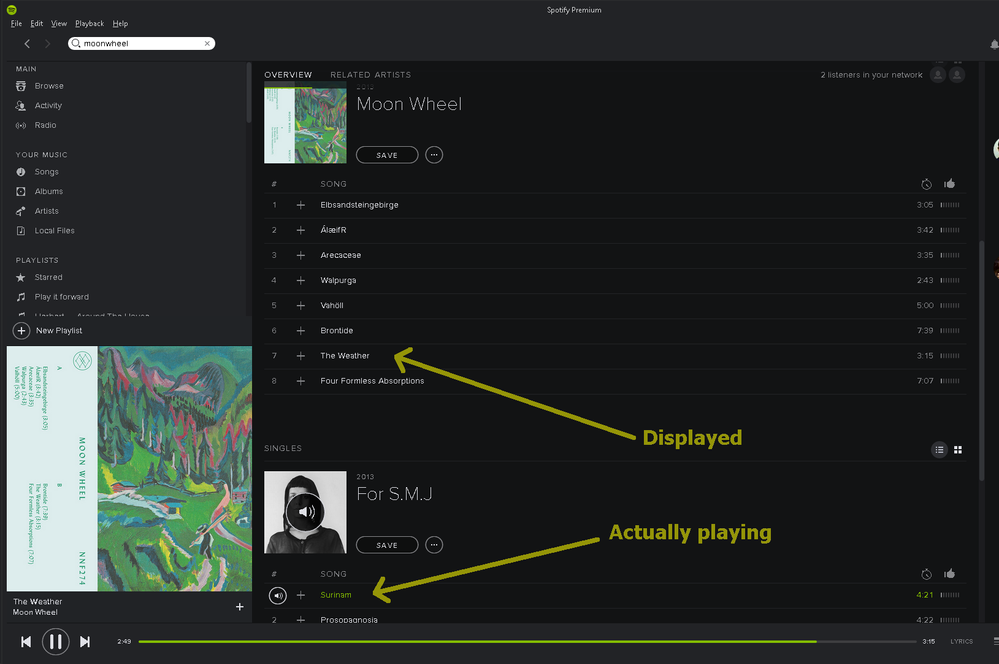 Whether related or not, much of the time I'm getting long lags in response to browsing.

Does the bug still happen in the new beta version?

OK, I'm doing as you have instructed. But just so we're all on the same page here, this is the first time I've gone to that link and downloaded the Beta.

My desktop client became the Beta version as part of the usual auto update "Restart Spotify to try the latest version" kind of thing which happened last week. Just to add to my confusion, it did this again yesterday and updated to version.0.1.1058.g723c871a automatically so I assumed it was pretty fresh. Apparently not. So for those like me that didn't deliberately volunteer, it seems that some sort of auto-update continues to happen conrary to what you say.

I know for sure it's the actual Beta now because it's installed in parallel with the "involuntarily Beta". And because I've got a block on exe's running out of %APPDATA% to defend against CryptoLocker I had to go though whitelisting all the Spotify exe's. Really bad practice issuing installers this way.

.So far it seems better behaved but I've also got a non-working Friend feed that I will be reporting when I've got time to check it more thoroughly.

Oh, my bad. I forgot that you have already said this in the past.

Your "stable" app must have upgraded to the new version that is currently rolling out to all users as Rorey previously mentioned:

The beta app I linked installs as a separate app called "SpotifyBeta" so you don't need to worry about it messing up your current version of Spotify. The beta app is a slightly newer version. The thing with the beta app is that it doesn't automatically update.

I suggested you try it out to see if it was fixed because bug fixes usually come to the beta app first before the stable app.

@Matt I just got another automatic update to version: 1.0.0.1093.g2eba9b4b which is ahead of the version linked to in the topic Welcome-to-the-Desktop-Beta so I'm not sure about the Bets not updating as you say.

It appears to be more stable anyway. Friend feed not working properly though.

Started getting out of sync again. Seeing similar problems being reported now: The-song-playing-is-actually-not-the-one-shown-playing 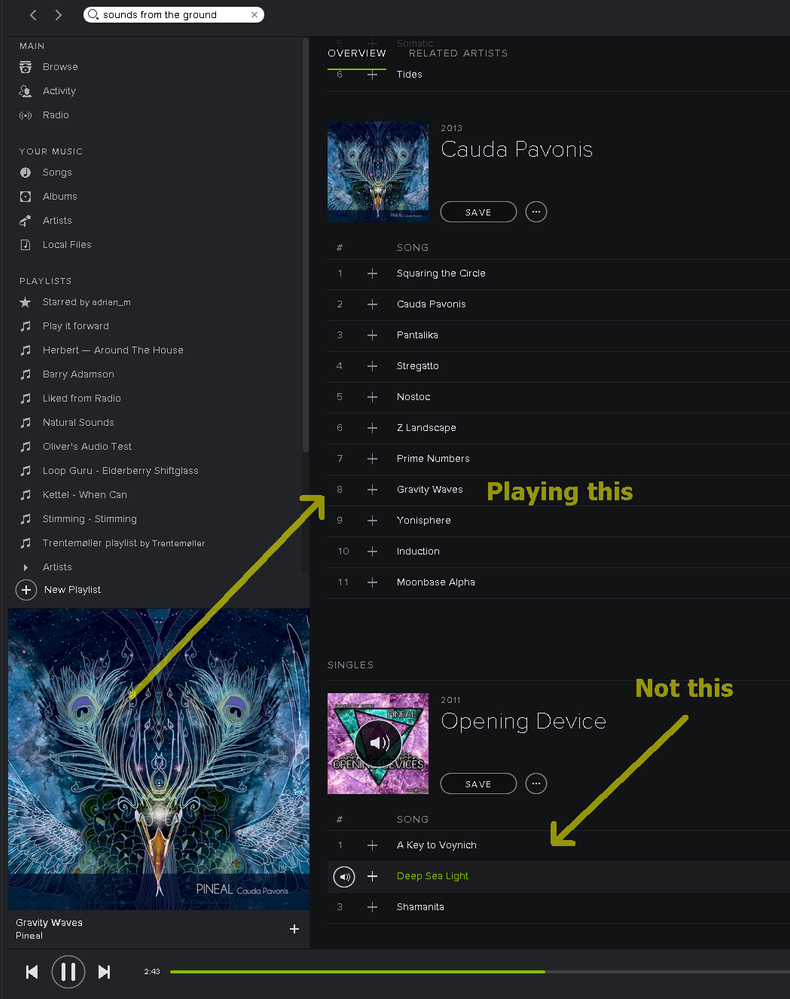 Still misbehaing despite appearance of being fixed

I had this problem too, particularly when I was playing an artist radio. I "re-sycned" it by going to the artist page, clicking on the '...' and clicking 'Start Artist Radio.'

Hey folks, thanks for reporting this. We're on the case and we'll let you know when we have an update here.

Hey folks, thanks for reporting this. We're on the case and we'll let you know when we have an update here.