During some song skips or when the next song starts, there is no sound despite the player saying that it is playing and the progress bar is moving.

1. Unplug the phone and then plug back in to restart Android Auto.

2. Previously, i was able to switch to a different app like Google play music, play a song, and then skip back to Spotify and it would bring back the sound. This worked about 1-2 months ago, but no longer works now.

This issue does not happen with any other music app that i've ised, including Google Play Music and Amazon Prime music which leads me to believe that it is the Spotify app. This happen not only for streamed songs, but it also happens with songs that are cached/available offline.

Thanks for all your reports here. Our developers are aware and investigating this issue. While we don't have an exact timeline as to when it might be fixed, please make sure you're rocking the latest version of Spotify and Android Auto.

We'll update this thread once we have more info from the team.

In the meantime, we're going to be marking this thread as Closed for now.

@nezro, that appears to be true for most people. The thing that really perplexes me is how the factory radio will reboot itself once the problem starts if you leave it playing. What could cause that?

Also, for the record, I have the problem much less following these steps:

2) When the problem occurs reboot the factory radio

3) While waiting for the factory radio, reboot the phone/device

That process gives me weeks of use without recurring.

@xsmileyx agree, this should be VW and Google priority to fix the interface problems. I've had similar shutdown issues with Pocket Cast as well, but less often than Spotify. Rebooting the Android phone is not an option, as it takes 5 minutes! But sure, mostly helps. Quality cable is a must, but not a solution eventually.

This also is going on android 7.0 samsung s7 edge g935f. Song plays then suddenly no sound for 5/10sec and then it continues as normally. Official firmware installed

@Chuckie1992 - That sounds like an outlier to the reported problem. In my experience, the issue you are reporting is usually related to data connectivity. I don't know of anyone with this problem who has the sound come back without the radio/device rebooting or reconnecting the device but it's such a weird problem, who know.

OK guys, this is it for me. 16 months gone and issue is still not resolved. I had enough of being told 'keep on dancing' every week. Moved to Google Music.

If somebody would like to do the same, can't recommend https://github.com/rckclmbr/pyportify enough. Transition is really painless, effortless and took me only a few minutes. 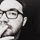 Thanks for all your reports here. Our developers are aware and investigating this issue. While we don't have an exact timeline as to when it might be fixed, please make sure you're rocking the latest version of Spotify and Android Auto.

We'll update this thread once we have more info from the team.

In the meantime, we're going to be marking this thread as Closed for now.

This is in regards to the following "closed" issue:
https://community.spotify.com/t5/Ongoing-Issues/Android-Auto-Sound-stops-playing-after-awhile/idi-p/...

The issue was never resolved but closed once people started discussing jumping to a different service. It's unfortunate that Spotify took this position but here we are.

I would like to add one final comment as I may have finally found a correlation. 100% of the past six times I have experienced this problem, it appears to have been caused by changing tracks while the device had less than ideal or poor data connectivity. As long as the data signal was able to immediately load the next song, the problem did not occur but if there is any delay in that process, then the track shows as playing but there is no sound and the problem will not resolve until the factory radio reboots itself.

Not sure if this will help get the issue finally resolved but this is the first time I have seen repeated situations result in the same outcome.