Since last update, even if Spotify is playing in the background, still it drains 30% of battery in one hour (ios 11.4.1). If spotify is on, phone is heating massively.

Thank you for all the info you've provided. We'd like to inform you that all identified optimizations have been deployed. You can still provide additional feedback in this thread and it will be passed on while we continuously work to improve the app.

The latest Spotify update on August 9th has the app draining my battery and heating up my phone. Since the update, it says I've listened to about 2.5 hours of music but has used up about 65% of my battery life. Does anyone else have this problem? Is there a solution? I've rebooted my phone twice now and the problem persists. ' 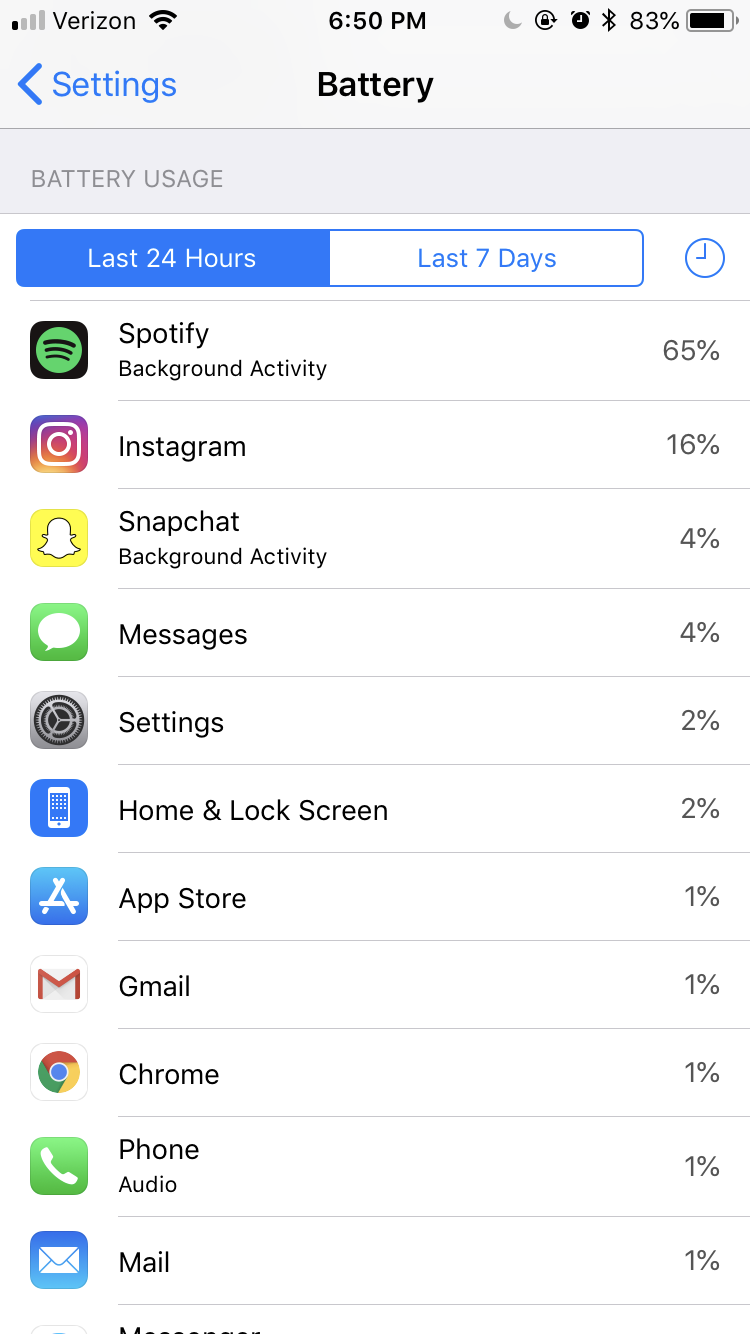 That doesn't sound good. In this case, can you try doing a full reinstall of the app by following these steps?

Let us know if this makes any difference.

Same here, since last update, even if Spotify is playing in the background, still it drains 30% of battery in one hour (ios 11.4.1). If spotify is on, phone is heating massively.

Good to see I am not the only one here. Since the last update, the battery drain is ridiculous and the phone heats up! I am on Spotify version 8.4.65.1218

The phone is heating massively, even its just playing in background.

I’m sorry to hear this. This may be an issue with your phone itself unable to deliver peak performance.

I tried this on my end with an iPhone 7, it doesn’t heat up, but it will drain a little, as it’s using audio and screen on time at the same time. In your case, I would contact Apple directly, so that they could check into your battery, as this seems like an issue with the device itself, not the app.

It happened after the update...till then everything was just fine.

I am using iphone 8 plus...dont think performance is the issue.

Thanks for the clarification!

Many other people are facing the same issue even with newer models. I think it might just be a bug that is causing that and it should be fixed in the next update.

In the mean time, you could try to reset your phone through iTunes, it will do a miracle to your device by removing all the junk and stuff being added up in the OS that would make it fail and make issues like this one pop up more often.

Another tip I would give is to close some apps in background that you aren't using but are just staying there. I know Apple says the opposite but when you aren't going to use them right away or the next few hours I don't see nothing good coming from keeping them open in the background. Limit the background app refresh because I am sure you don't need all the apps that support that to be constantly being refreshed in the background except for the ones you really need to.

Part of the big problem is also iOS 11, which boy was it buggiest one Apple ever released.

However as I mentioned above, the next update of Spotify should fix this.

I hope this helps 😊

Restarted the phone, updated ios to the latest version, reinstalled the app...nothing has changed. Its clearly a bug in the app and I hope it will be fixed soon, because this is a farce. 30% of battery down for just playing in the background. Unbelievable

I totally understand your issue, and hopefully Spotify will roll out another update soon.

In the meantime, please do follow the tips I provided in my last reply, and hopefully those will help too.

Hope this helps! Have a great weekend!