I'm opening a new thread because I can't respond with a follow-up question to my original post and I can't reply to the email that I received of the response.

"Re: Merging Xbox Groove Music with Spotify - Status changed to: Not an issue

Hey @ElGimpiablo, welcome to the community!

Thanks for reaching out to us.

Right now, the albums section on the Xbox app isn't available. However, we'll gladly pass your feedback on to the right folks about this."

I'm really confused by this. When you say the album section on the Xbox app isn't available what exactly do you mean by that? Is it not available for merging the albums from Groove music to spotify's album section or not available as in whenever I'm in the xbox spotify app there's going to be no album section function? I ask this because if I open the Xbox app and I go to the album section it works perfectly fine and it has been for quite some time. I added 3 Alice in Chains albums as soon as I read the response and they showed up just fine in the album section. Again my issue is the information being merged from Groove music to Spotify. Groove music had three categories that were supposed to merge. Playlists, albums, and songs. Two of these categories merged just fine. Playlists and songs. Albums however did not and it's weird because if I go to the songs section all the songs from the albums that were supposed to merge are there in the song section. Again this issue is completely separate from if I am already in Spotify and I'm searching for an album that is not saved. For instance if I wanted to find a new Slayer album I could save it and then check my album section and I would find it there.

I understand that this information is being passed on to the right folks which I really do appreciate and hope it gets dealt with appropriately in a timely fashion but the response answer as to why feels either vague or highly inaccurate given that the app itself seems to work perfectly fine other than the apparent bug with the merge. If I have a follow-up question is there any other way to do that without having to create another thread? Thank you.

Sorry to make you jump through all these hoops. We'll certanly pass your feedback on to the devs about the UI for the Xbox app.

If anything else comes up, don't hesitate to open a new thread.

Sorry for the inconvenience.

Just to confirm, around how many songs and albums do you have saved so far? Right now, Spotify has a 10.000 limit on how many songs can be saved in Your Music.

If your Groove Music collection was larger than this, the migration process would create playlists with all the albums and songs that couldn't fit. This could be the reason why you can't find the albums under this section.

261 Albums / 3577 Songs is what came from my Groove Music. I've had my Spotify account since around May 2017 I think. I initially used Spotify on my PS4 and then obviously started using it when it came to the Xbox One. I'd say what I already had on my Spotify account prior to the merge is nowhere near the aforementioned number above from the Groove Music account. As of now I haven't added too much since the merge so my guess is I'm sitting at around 4000 to 4500 songs with everything merged together.

Just to be completely sure, are you still having trouble seeing some of the albums on your Spotify account from the Xbox app?

If so, do you have any trouble seeing your albums if you log into a different device? Try logging into a computer or mobile phone to see if the issue persists.

Yes I'm still having problems seeing the albums on the Xbox app that were merged.

As far as other devices, they(the merged albums) do show up on my computer as well as my phone.

On a side note I looked at my Spotify app on my PS4 and the merged albums are not showing up on there either. It's kind of irrelevant but I figured I'd point it out since both consoles seem to share the same app interface compared to the PC and the mobile device interfaces.

Let's try unfollowing and following back one of the albums this is happening to. Once it's done, head to your Xbox or PS4 and check if it's now showing.

Also, let's make sure your consoles are running the latest firmware update.

Unsaved "Aesop Rock" album "None Shall Pass," then re-saved it from my Spotify phone app. Checked Xbox App on Xbox and it is now visible in the album section. Consoles and apps both have latest firmware updates.

Great, sounds like a step in the right direction.

Could you send us a photo or screenshot from your console showing the albums and one from the desktop app as comparison? We'll take a closer look on our end. 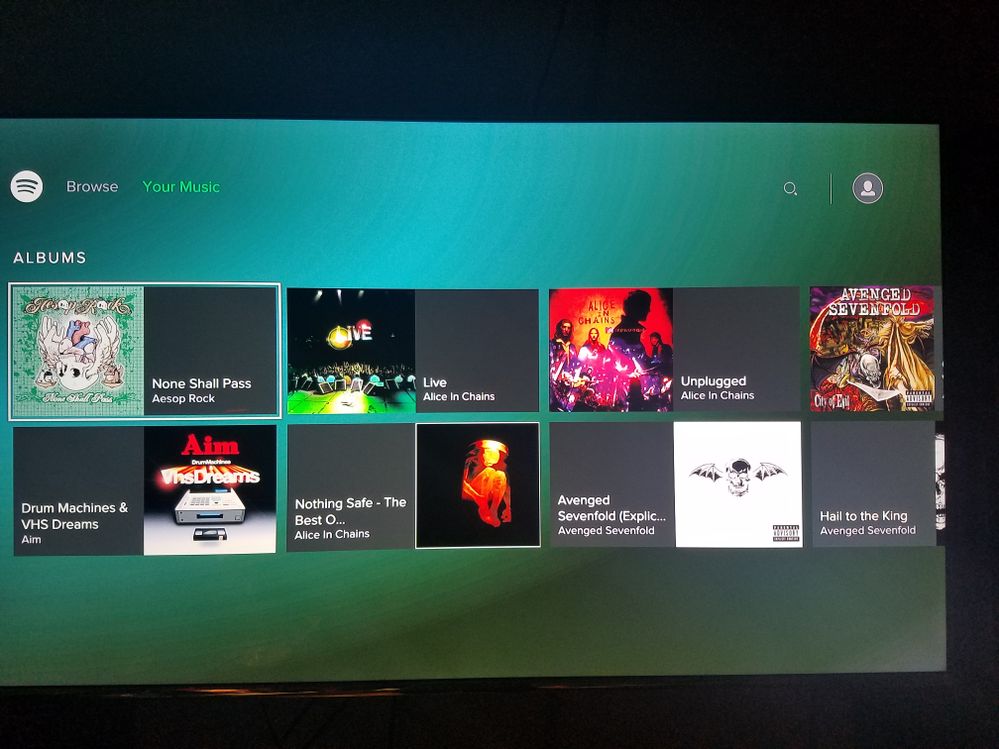 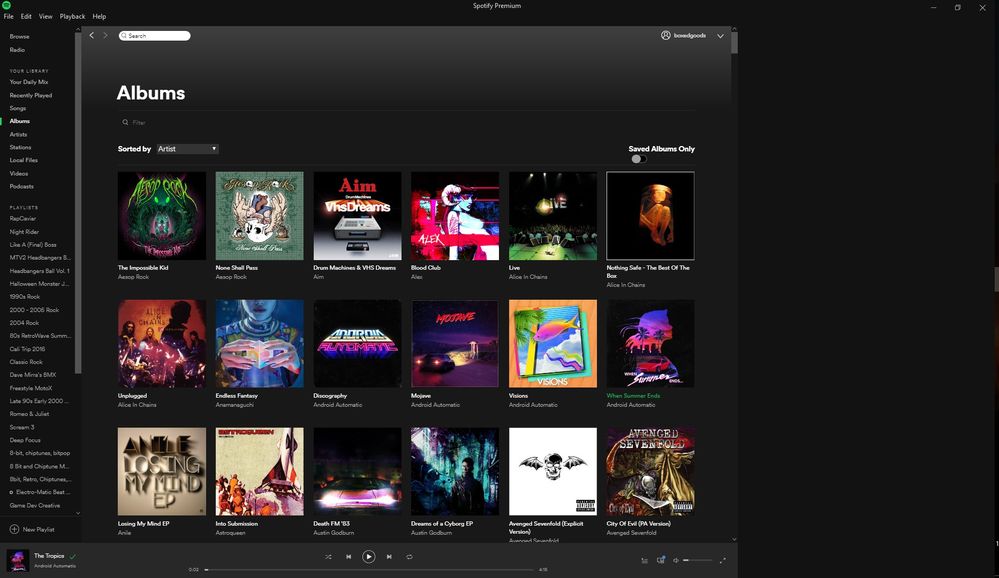 Thanks for the screenshots.

However, we'll need you to send over a screenshot of your PC app showing the Recently Added albums instead of sorting them by Artist.

We'll see what we can suggest once you send that over. 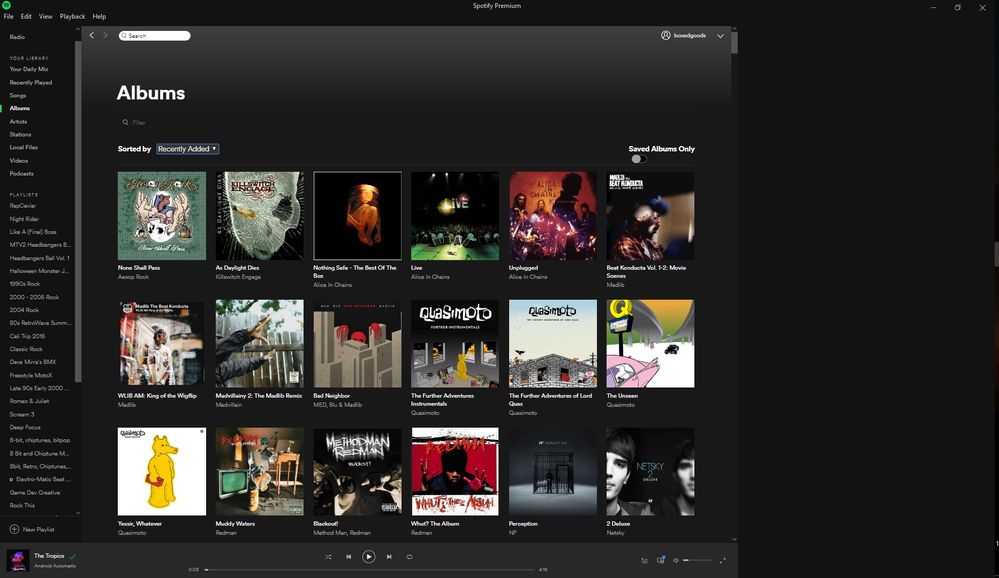 What's the significance of recently added? I'm only curious because other than the Aesop Rock album nothing else in this screenshot of albums is from the merge.