Spotify hasn't shown artwork for releases since last Thursday (it started with the "new" albums I played and it now affects all of them, since I've deleted and reinstalled the app).

Places where I don't see covers (and instead there is the usual black image with a thin CD shape): Player, Home tab, Search tab (both for artists and releases), Your Library tav (both artists and releases in the Recently Played section, the Artists section, the Albums section, and the Playlists section). Playlists with automatically-made covers with thumbnails of four releases have the same problem, including the Daily Mixes.

Places where I do see covers: Any playlist with custom artwork (both user-created and Spotify's), Release page (for example, an album in my library doesn't have a cover, but when I tap on it and it goes to its page, it loads), Artist profile.

This happens over WiFi and over cellular (LTE). The screenshot (Airplane mode + WIFI) isn't the only way I've tried it.

I've talked with @SpotifyCares on Twitter and tried logging out/logging in, deleting the app, deleting cache, etc. They also did "some magic backstage" but the situation didn't change. Last message I got is that the info was being sent to the team. Has anyone experienced something similar? Any idea? It's for sure one of the most irritating and frustrating issues I've experienced in Spotify since I became user in 2013. 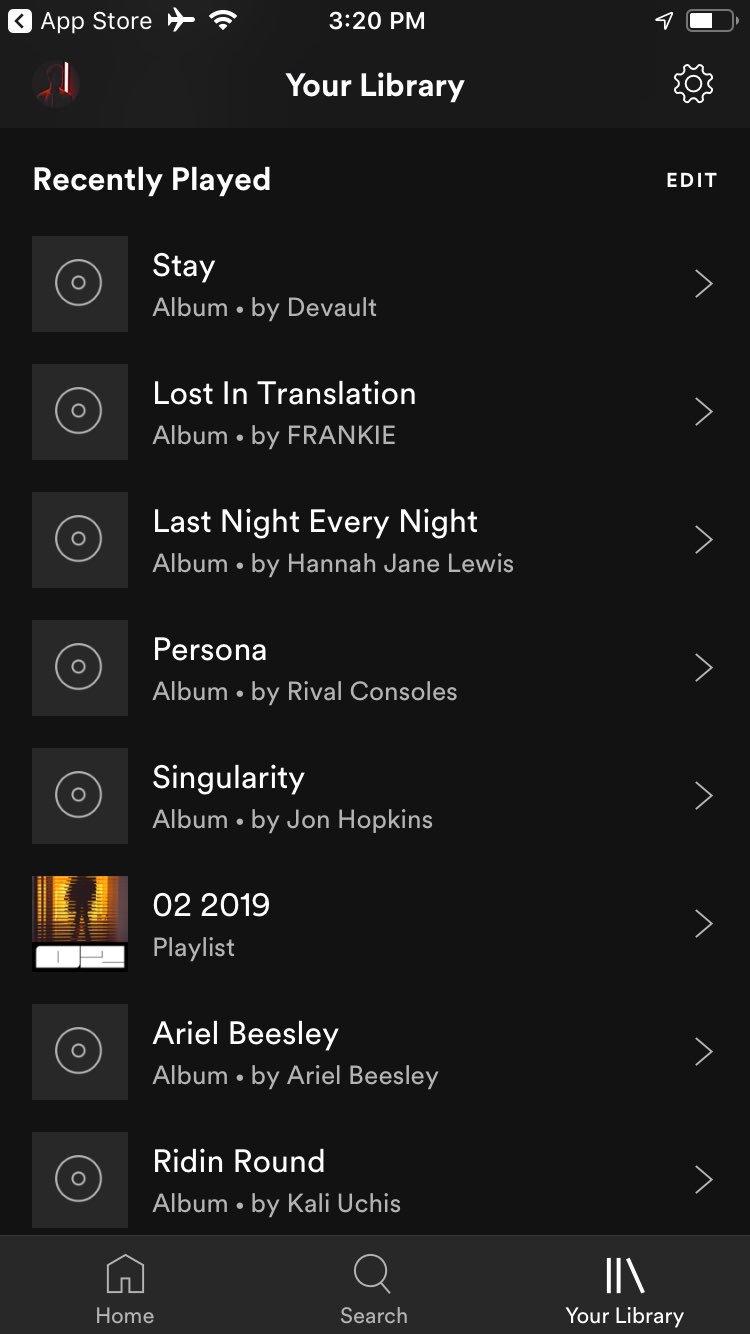 Thanks for your patience on this.

This should now be fixed - the artwork should start gradually re-appearing soon.

We will keep track of your reports in the coming weeks, and if it's still not fixed then we'll look into it.

If the issue occurs for you, it would be very helpful if you could let us know the exact date and time this happened.

We'll make sure to pass it on to our tech teams.

I can't see the artworks. I tried everything, reinstall the app, change my WiFi, etc. Just don't work. There's something wrong with my account?, I deleted the caché, change some settings and nothing. 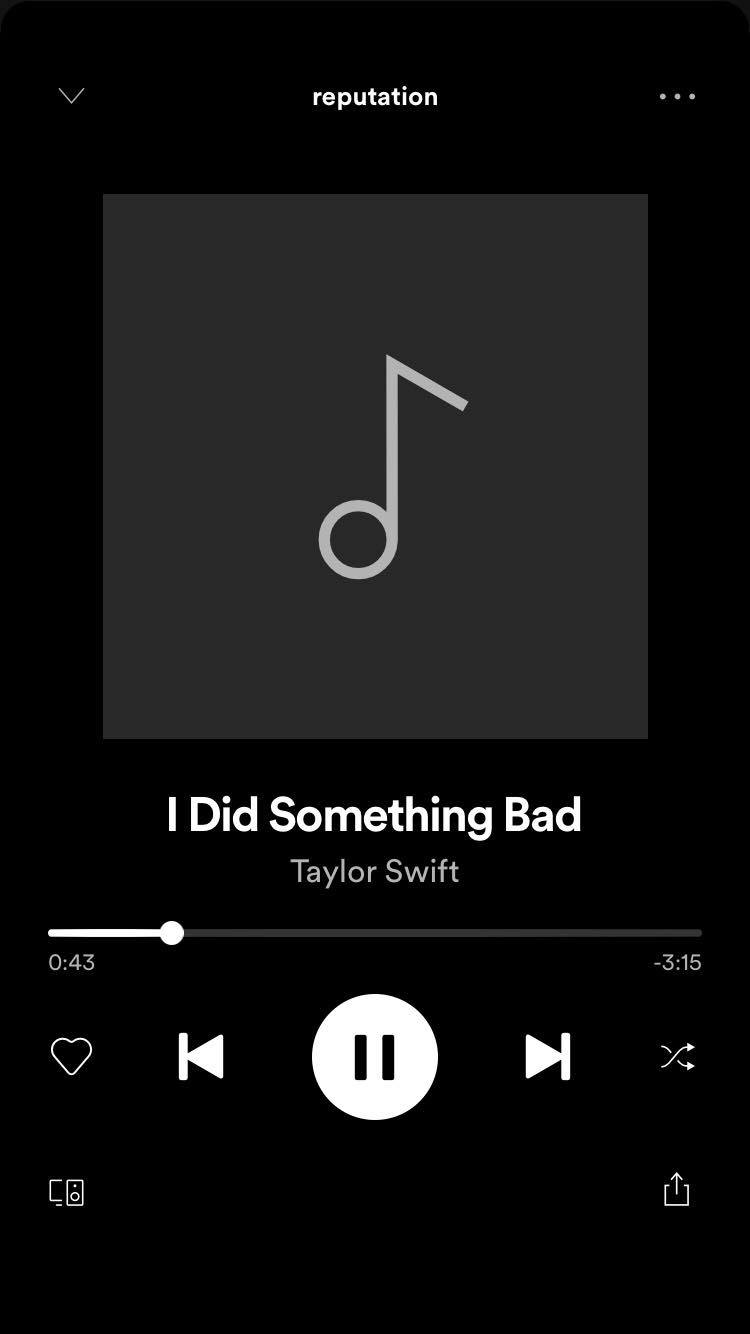 Hey @enricll, welcome to the Community.
Hope you're doing great!

I see you've tried the basic troubleshooting, could you also try with the same account on another device?

I am having the same problem. 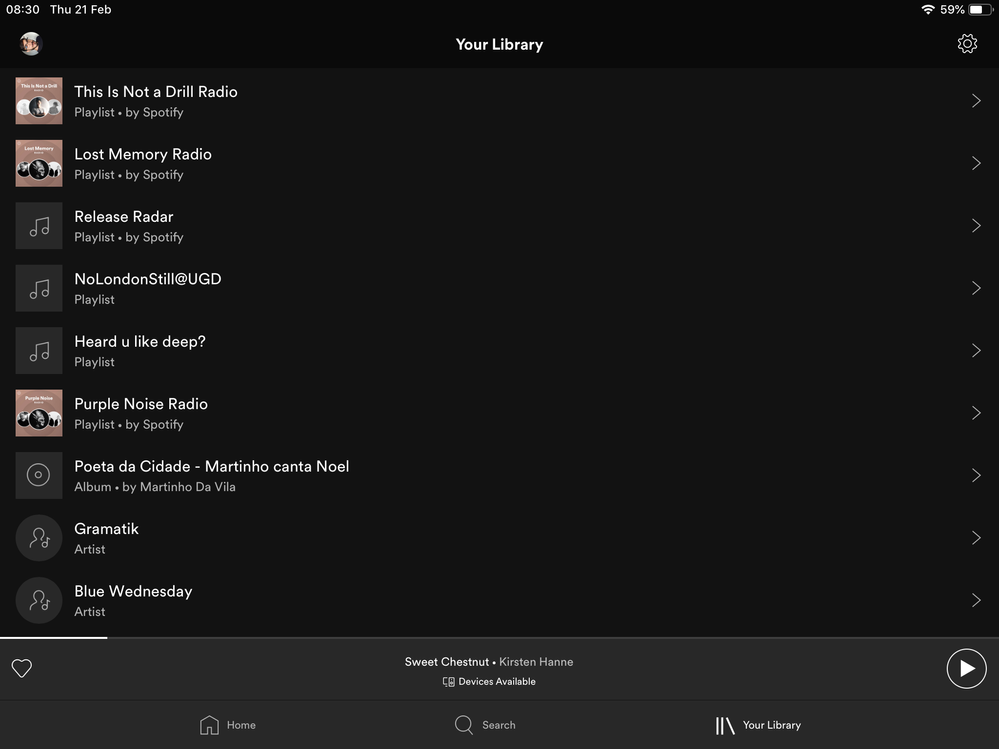 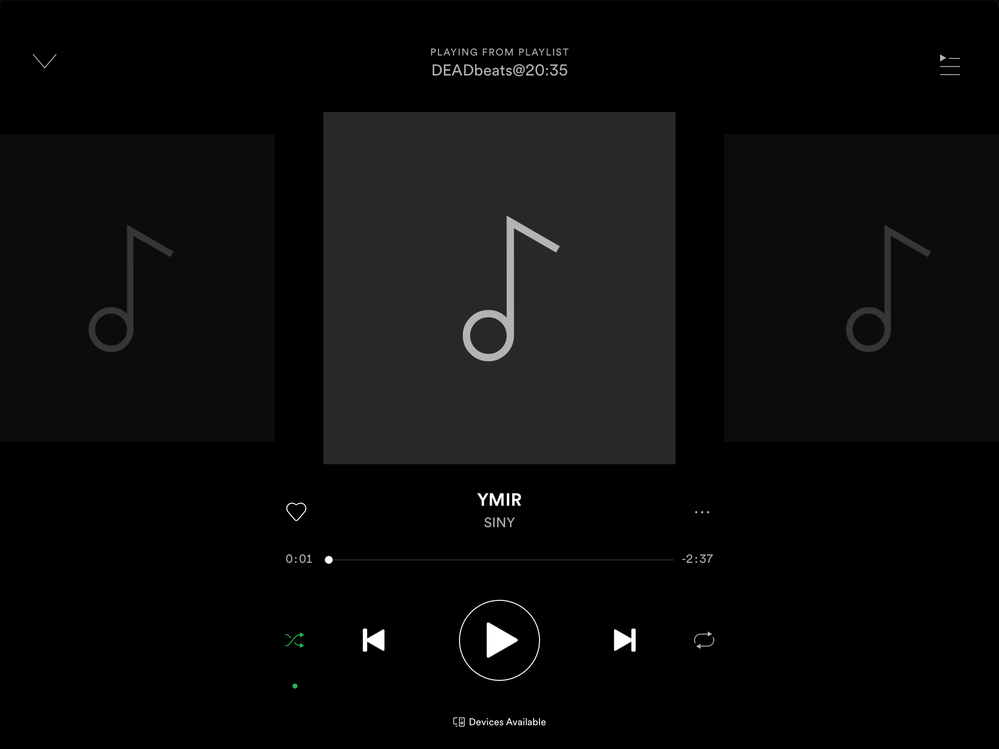 I see you've tried the basic troubleshooting, could you also try with the same account on another device?

New update and the problem persists. Did a complete uninstall and log out.

Thanks for the info you've provided so far. If you're having trouble seeing artwork on albums, try the following:

If that doesn't help, add a +VOTE and let us know the following:

We'll make sure to keep you updated here. Thanks!

I've already done this, as I said in previous posts. So I'll jump directly into the second part.

It happens with all of the releases, albums, EPs, singles, etc. Even with playlists that render album artwork (including Spotify's Daily Mixes). It doesn't matter if they are saved in my Library, same behaviour. Even when you're searching, artists and releases don't have artwork or pictures. The only place where album covers do show up is on album pages (where you see the tracklist) and some sections of the Home tab. 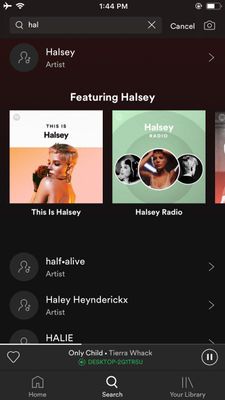 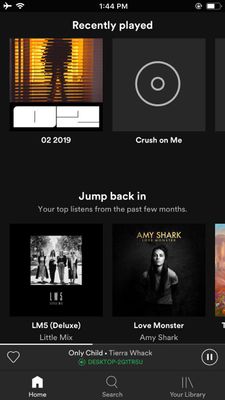 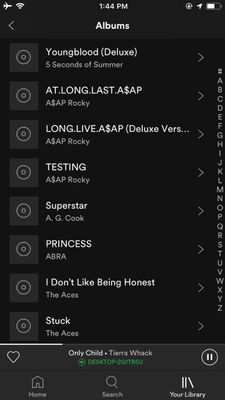 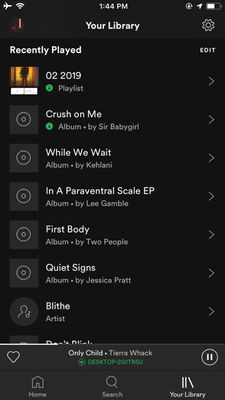 My issue is slightly different. The now playing album art view will simply have no image often, not even a blank square with a note icon. HTC One M9, Android 7, Spotify 8.4.94.817

It'd be helpful if you could let us know the time when this occurs for you exactly. We'll make sure to pass this on to our tech teams that are looking into this.

Hey there folks! So, I woke up and noticed that my library was totally empty, no songs, The same with all my playlists (empty, even Spotify’s ones) I’m frustrated, my laptop is in the same conditions and I tried in other devices and doesn’t work! I’m premium and I have no idea what to do. I’ve reinstalled the app and doesn’t work neither, in any device. Help!