Recently my Liked songs playlist fails to load/disappeared in my Spotify app for Android, and reinstalling the app does basically nothing since it will disappear again after awhile/the next day. Thankfully, the actual Liked/Favorite Songs playlist still exist and still appear in the Web Player and the Spotify Lite app, and only the regular Spotify app is having this issue.

And since this issue only happened recently, is it too far to assume that the recent removal of Liked Songs limit is connected with this issue? I expect that the regular app won't have any trouble with this, but why does only the regular App that is having this issue? How come the Web Player and the Spotify Lite isn't?

Thank you for sharing your reports and info.

Our tech teams are on it and working on continuously improving the app.

Keep in mind that this issue is tied to individual devices. That's why, if possible, we would suggest that you try on another device.

We don't have a timeline on when/if this would be resolved for affected devices but we suggest keeping the app updated so you won't miss any improvements coming your way.

Sorry, I forgot to include the attached screenshots for the post above. 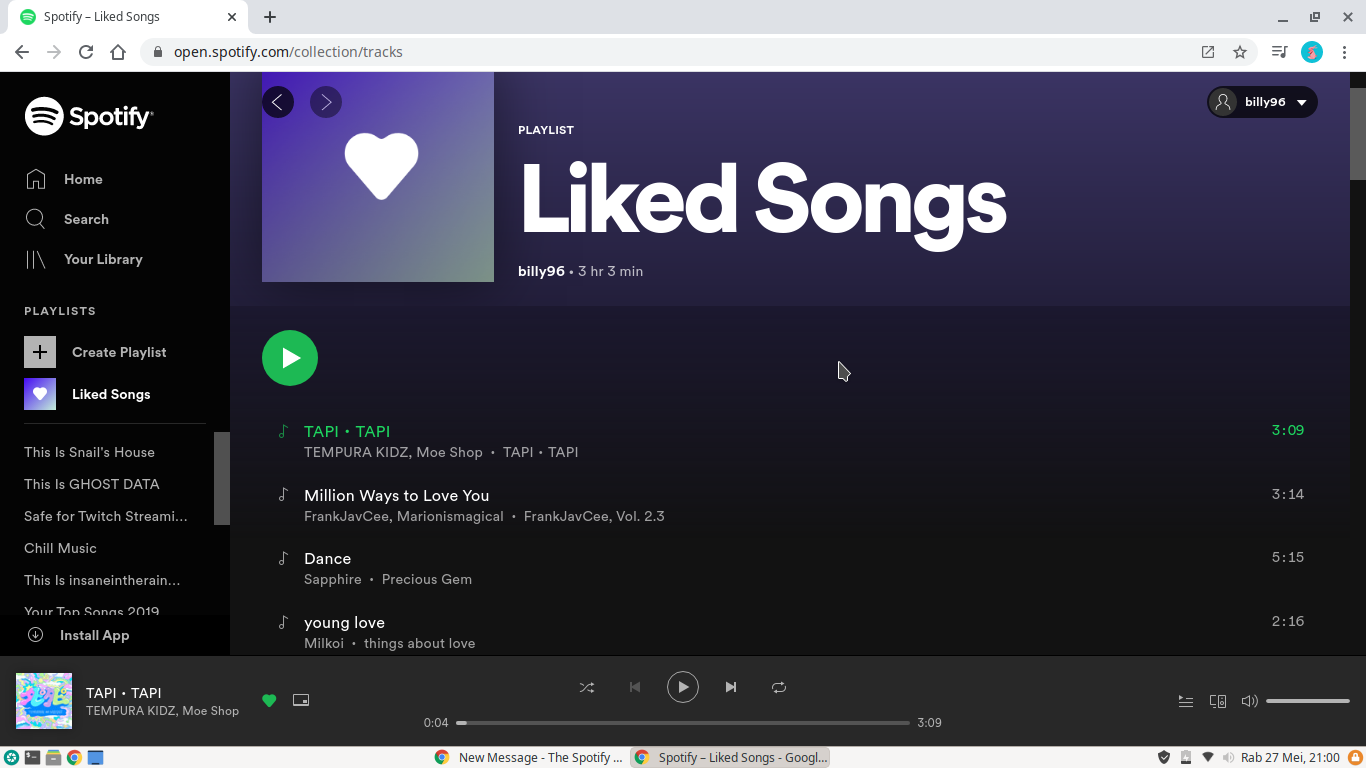 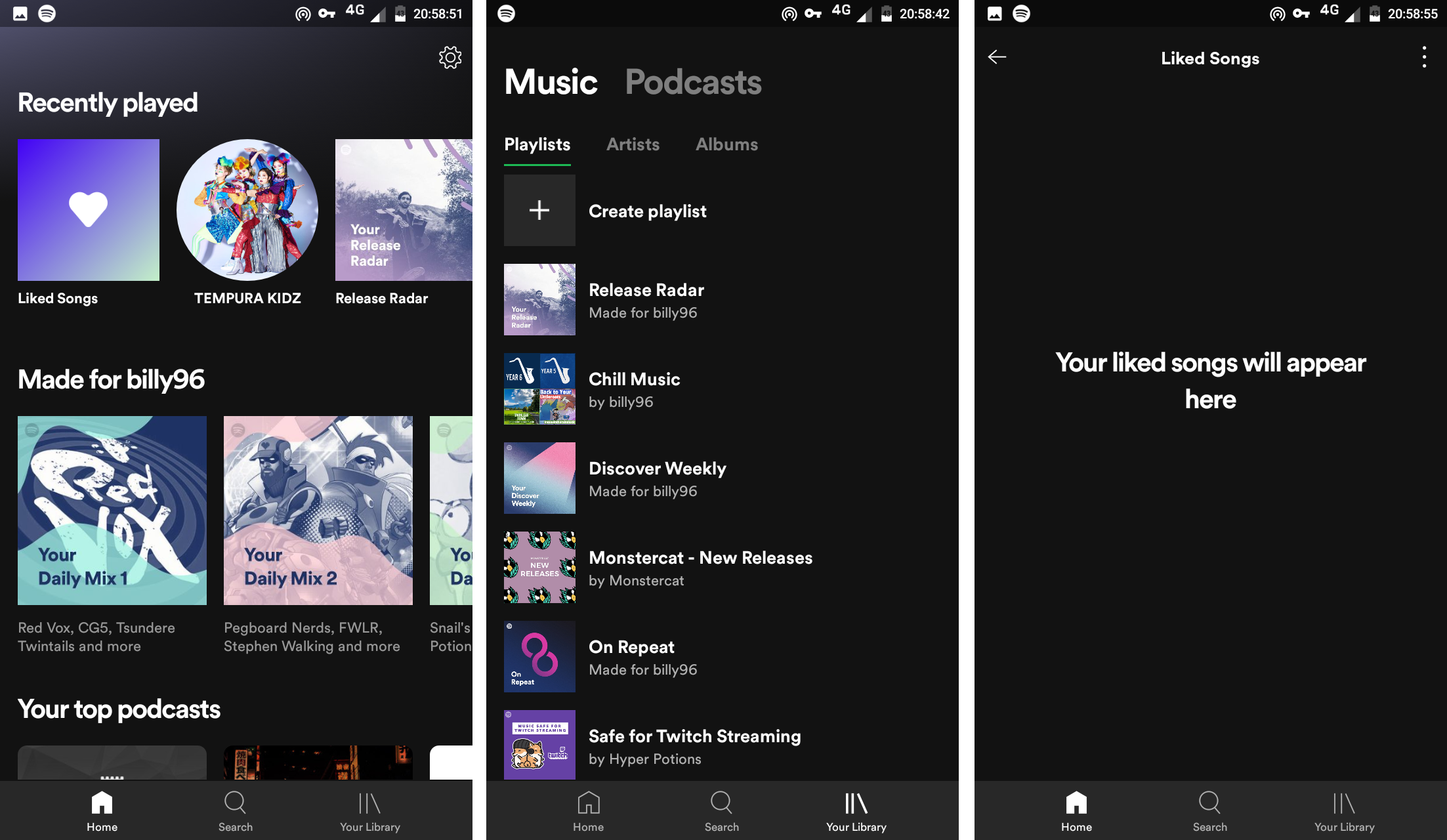 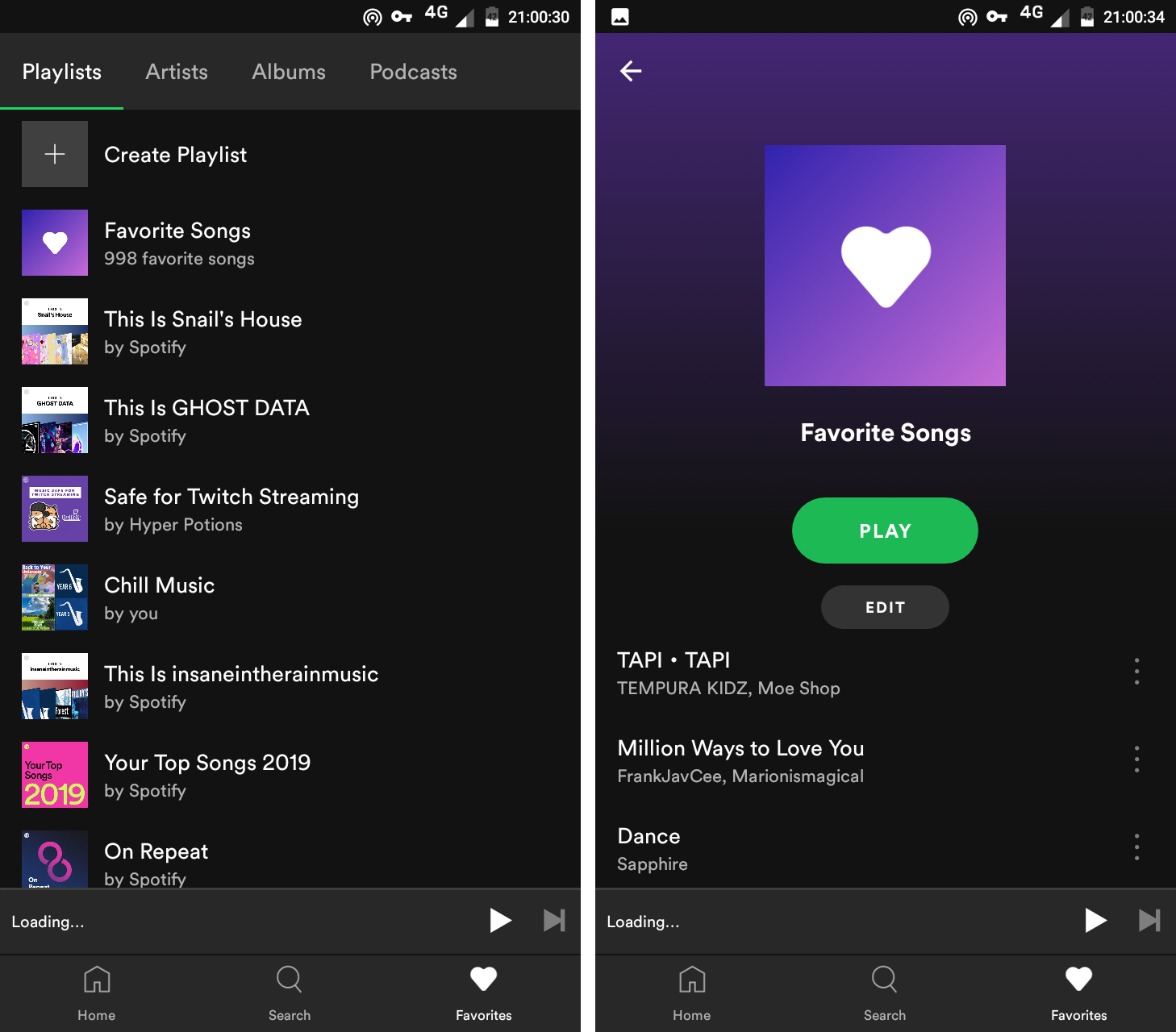 When I open the spotify app on my phone and want to open my playlist "liked songs", witch is now only at the home page and not in the bibliotheek any more, stops running te app. This is only with this playlist, any other playlist works fine. Can you help me with this problem?

Spotify works fine on desktop and Samsung tablet. About three days ago I opened the app on my phone and under liked songs, it simply said "will appear here" all playlists were still available. Tried uninstall/ reinstall and liked songs reappeared, until I closed the app, next time I opened it,s thing. This has happened at least once every day. Tried clean uninstall/reinstall; cleared cache, clear data, re starting phone, log in / out... Reinstall fixes it but only for a bit! Additionally I've also had problems adding songs on my phone and sometimes it won't play for longer than a second despite having wi-fi signal. I can't find any similar reported problems.

You can start off by trying a clean reinstall of the app to make sure you have the latest version and that any outdated files are removed.

Give your device a quick restart as well before you open the newly installed app.

If that doesn't solve the issue, could you let us know if you experience this on 3/4G, Wi-Fi or both?

If a family member or a friend has a Spotify account, it could also be a good idea to ask them to log in on your device to see if the app behaves the same way.

We'll be on the lookout for your reply. Feel free to get back to us if you have any further questions 🙂

The playlist with all my liked songs doesn't appear anymore in my app. It's still available in my desktop application, but not on my android. Sometimes it briefly shows, but when I try to open the playlist, the spotify app crashes.

Restarting the application or my phone doesn't help. Cleaning the cache of Spotify also doesn't work.

I really like to shuffle all my liked and favorite songs, so I really miss this playlist.

First Problem: Liked Songs don't appear under the Playlist section. The App closes whenever I open one of the following:

Streaming seems to work, but I cannot access anything in my library except for my Playlist (with the exception of 'Liked Songs')

Second Problem: All of my liked songs (ca. 4,000) were disliked overnight. Since I cannot open the playlist 'Liked Songs' I cannot check if the songs are still in there.

Since yesterday I can no longer access my favorite songs. I have already signed in and out, cleared the cache, downloaded the latest version. The "Like" titles are not available in the web version either. When I mark a new song, it gets a green heart, but the list of favorite songs remains empty.

Thanks for reaching out about this in the Community! Sorry to hear the mobile app is causing trouble, but don't worry though - we can help 🙂

As a first step, we'd suggest reinstalling the app following the exact steps in this Spotify Answer. If you're using a SD card it'd also be a good thing to remove it before restarting the app, to see if that makes a difference, as an issue with the card might be the cause of this.

To make sure this is not an issue with your account it'd be great if you could check on another device, if your Liked Songs still appear there.

Let us know how you get on. We'll be on the lookout for your reply!

Thanks for posting in the Spotify Community!

Let me know if this helps.
Cheers!
0 Likes

Hey @Weintroben, it's us again, we just wanted to check how you got on with this.

Have you had the chance to try any of the steps that @Xenia sent above?

If your issue still persists, it'd help us a lot if you could send us screenshots or a screen recording of what you're experiencing.

Does this happen only on your phone or on any of the other devices you're using?

Keep us in the loop!