If I'm listening to a playlist on one device, then switch to another device using connect, the queue on the new device is the entire shuffled playlist. Expected is it would carry the queue over to the new device so songs I already listened to on the first device aren't being repeated. Seems to be happening across all 3 of my devices, regardless of which device it's switching from/to.

Thanks for the help and the info.

Our tech team has confirmed this issue has been fixed. Could you make sure you're using the latest version of the app and if the issue is not fixed yet on your end start a new discussion in the relevant Help Board?

1. I use multiple devices, 1 PC app, 1 Web player(as it does not work on another PC app), Phone app
2. Most of the time like 90% of the time i play music on alexa echo
3. Suppose I connect to the alexa from PC app and play and after a while if i play from android app it changes the playlist order
4. Also if i select a random song on the playllist, it won't play the next song as displayed in the playlist, it plays randomly
5. Just now i noticed if i play skip back and play previous songs as well it changes the order
6. Its been happening for a while, i guess 6+ months
7. Also i have spotify premium
8. OS details PC: Windows 10, Phone: Android 10
9. Steps Tried: unlinked Alexa from spotity profile as well as disabled skill in alexa app as well, worked temporarily
10. Say im playing a playlist on PC app and then i switch to playing on my Phone, order in which it plays changes on my phone compared to the playlist on the PC.
11. Also one more thing i noticed is say currently im playing song number 35 in the playlist, it jumps to song number 23 and replays the songs that have already been played as well.
12. if i let the music keep playing on PC speakers but control on android app, the android app gets stuck and for a while and shows a different song than whats playing on the PC, also when this happens u can only go forward and back 3 songs (this is happening in this account as well)
13. I have Reset my echo by pressing 2 buttons for 20 seconds and it worked for about 2 hours then its back the way it was

14. Noticed recently that when in the playlist, while im playing the songs in the default order then suddenly if i were to double click on a song which is 2 songs above the currently playing song or 2-3 songs previous to the currently playing song the playlist order as well as the queue itself changes completely, even if i don't switch any devices.

In my case the queue reset to an specific song, maybe at one point that song was the first in the queue.

My combination it's Spotify Player on Microsoft Edge on Windows 10, Spotify latest beta on Android 10 and Spotify on a Google Chromecast Audio.

The song queue is easily wiped out by an app refresh or switching devices. Please make the queue more persistent across devices.

Oh THIS IS WHAT IS GOING ON WITH ME.

thought it was shuffle but it is actually the queue system that we swedish people love. 😉

It jumps away from the queue. but not really, it mixes playlists and creates its own .. . queue?

As if the app is thinking I'mma make my own. So you get a stack of spotify suggestions in the queue and then you have "your" queue. That skips around like it wants to?

And the queue that I have is entire playlists, and it doesn't make sense, but it also does. But I have gotten skipped to some other sort of music, that I haven't saved, that were-I guess, based loosley on my library.

I think Spotify should look at what plays next, when you have 0.

And think about that . Because that is what has changed, the music "used to" stop.

Without another song in place for nr 2 in the queue, now it autoplays and automixes. The spotify queue-I guess I'mma call it bc I can.

I think it might be a solution that is easy, but you have to get what it was like before. Queue ended. No customer, nothing. Silenence.BUT not at spotify, they added a new queue without the used agreeing? Sort of. So it mixes everything. And you go like hey, what is this?! Based on "popular lists in sweden" and so forth. I'mma try unsubscribing to all those, popular swedish lists to see what happens then.

That is the problem, is my belief.

I have an update. I CANNOT CLEAR MY QUEUE I AM STUCK IN LIMBO Not that the artists represent it or anything but I CANNOT CLEAR IT. I Get the same back, back, back etc. 😄 hahahahha 🙂 Interesting! 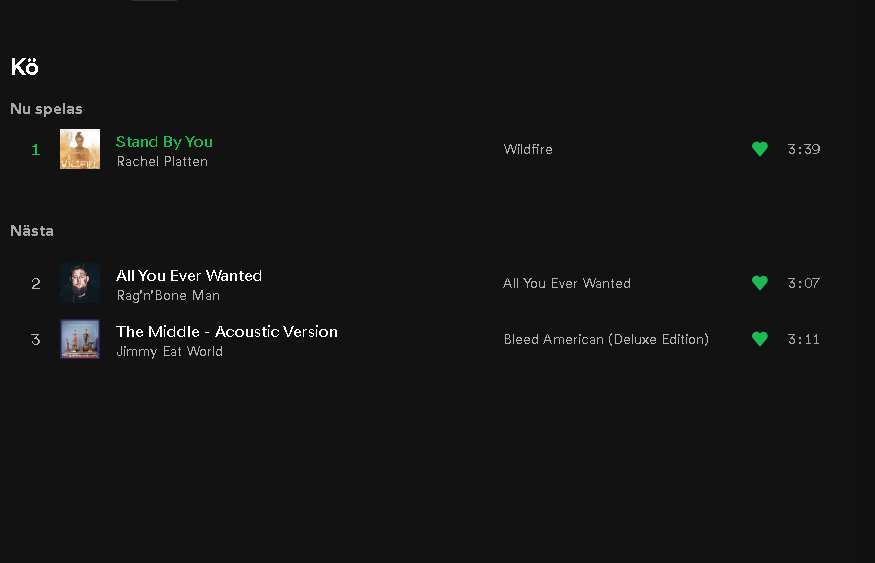 clear queue and then 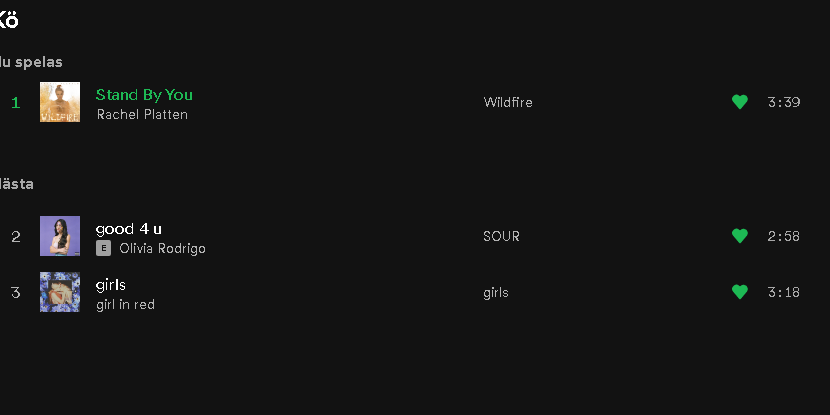 this and that keeps on going

Then went onto my iphone and started listening and tried clearing the queue on the PC win 10 and this comes up. I cannot ever clear the "queue" I didn't create.

This is kind of funny, annoying but funny. 🙂 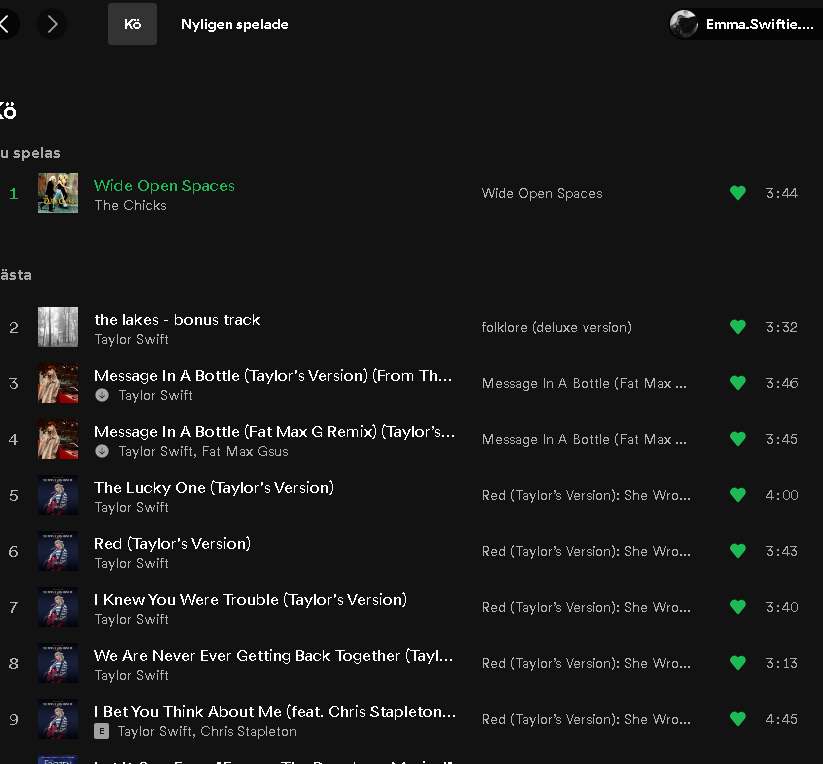 Switched to mobile, this queue magically appeared, where is MY queue? Who knows! Somewhere in Sthlm

Have you checked, if Autoplay is enabled on your device? If it is, try to disable Autoplay and play something to see, if that solves your problem.

Nope, no automix anywhere (I never like that so It is always turned off...Everywhere. It's weird, isn't it! 🙂 )

I can choose standard or shuffle play on any playlist. Some have hundreds of songs. The app will play through 30-40 songs and stop. If I resume, it will populate with the same songs it just played and shuffle their order. If I pause it on my own, say to hear something or temporarily close the app, it will either clear the queue altogether or start all over again from the top of the songs it chose.  Previously, I could run two whole work weeks using 1 playlist without a repeat. Now there are days where it will only play half a shift and come to a dead stop.