As the subject says, the queue isn't working correctly.  If I pick a song on a play list, then open the queue and drag a song to the next position, then skip to that song, it plays.  But when I open the queue again, it shows the first song as still playing when it's not, and when I try dragging different songs around, it acts like it hasn't been modified at all when it has.

Basically, it's like the queue doesn't update after moving one song.  Which is a huge pain.

And before you ask, yes I restarted my phone.  And yes I uninstalled and reinstalled Spotify.  So no, that won't fix it.

Thanks for all your reports and patience.

This should be fixed in the latest version of the app.

If the issue persists for you, please make sure to reinstall the app on your devices by following the steps here.

Still having this problem even though I’ve updated to the newest version 8.4.71

This is getting ridiculous. Please sort out the problem.

I have relatively the same issue as mentioned above. More specifically, the issue comes when trying to reorder the queue as the first song I move is fine but every song after that just goes back to where it used to be in the queue.

This is ridiculous.....get it fixed, your app is BROKEN.  Moving a queue around is basic functionality.  I am very disappointed in Spotify right now.

I also found out, that the last Queued Song is only invisible, when u have „2 Queues“. I cant describe it correctly so just watch the Screenshots.

When i remove the Track from the second queue „next from: Klassik“ the invisible Song magically appears in the First queue section!

But still have the Problem, that the Song which is Played wont update correctly. This Problem is also mentioned in a comment before. 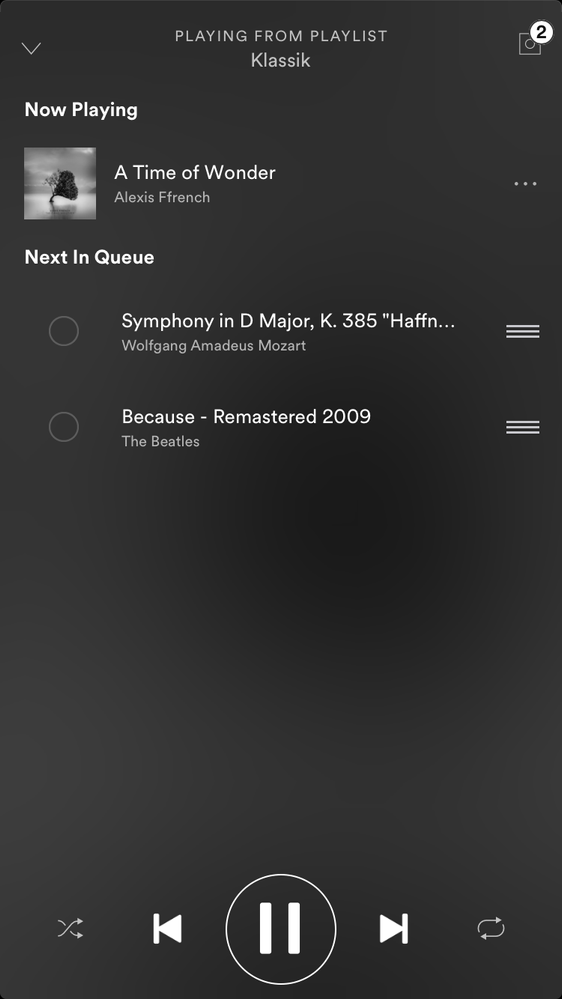 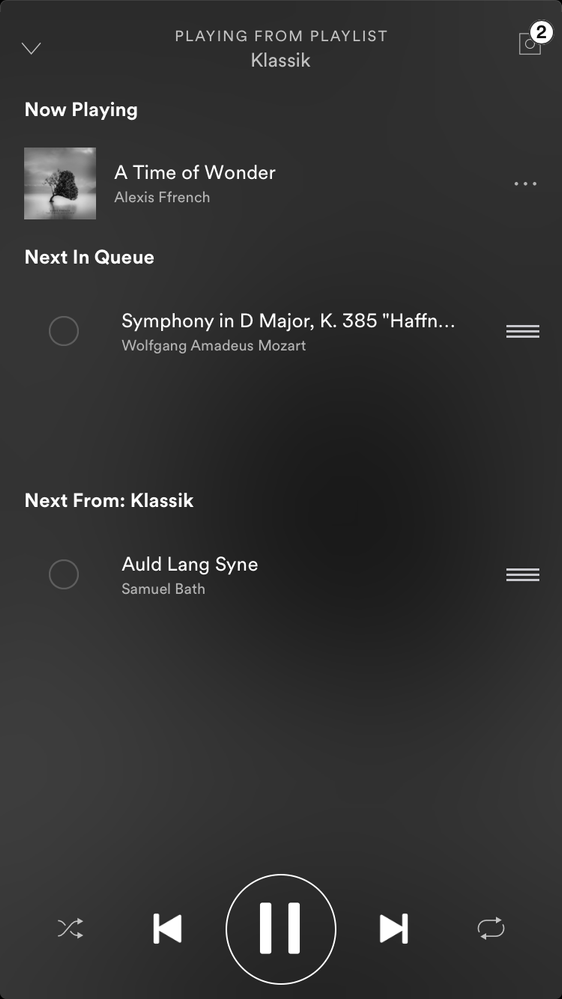 Same issue, queue only registers one update at a time untill i drop the screen

please fix this queue function , y’all killing my vibe out here with this bug

Same issue , I have a queue and when I move any song from the bottom to the first place, it doesn’t change , I mean it freezes.

I have had the same issue on my old iPhone 7 for weeks. Got the new iPhone XS two days ago and (of course) freshly downloaded Spotify again and I am still having that annoying problem. Please fix this soon.

As you can see below, I moved songs from the queue to the normal playlist, but there  are still seven listed in queue (marked box on top on the right), even though you can only see one. Furthermore, when I select one of those moved songs, I can only remove it from the list. The „Add to queue“ is missing (see highlights).