When I add a song to a playlist two times, then select to play the second ocurrence, the first one is being played. Sample playlisty: https://open.spotify.com/user/1166621716/playlist/43Hda5KEIRSAs39GaSs9Pj (try playing 4th song). The bug persists on OS X desktop client also (don't know version number but can provide it if needed) - that's why I tagged Desktop. Have't tried more than two occurrencies but I bet it behaves the same way.

Play a song before the second occurrence and select next.

When reproducing the bug while controlling an Android app from PC via Spotify Connect, the app highlights two occurrencies as being played (see screenshot). 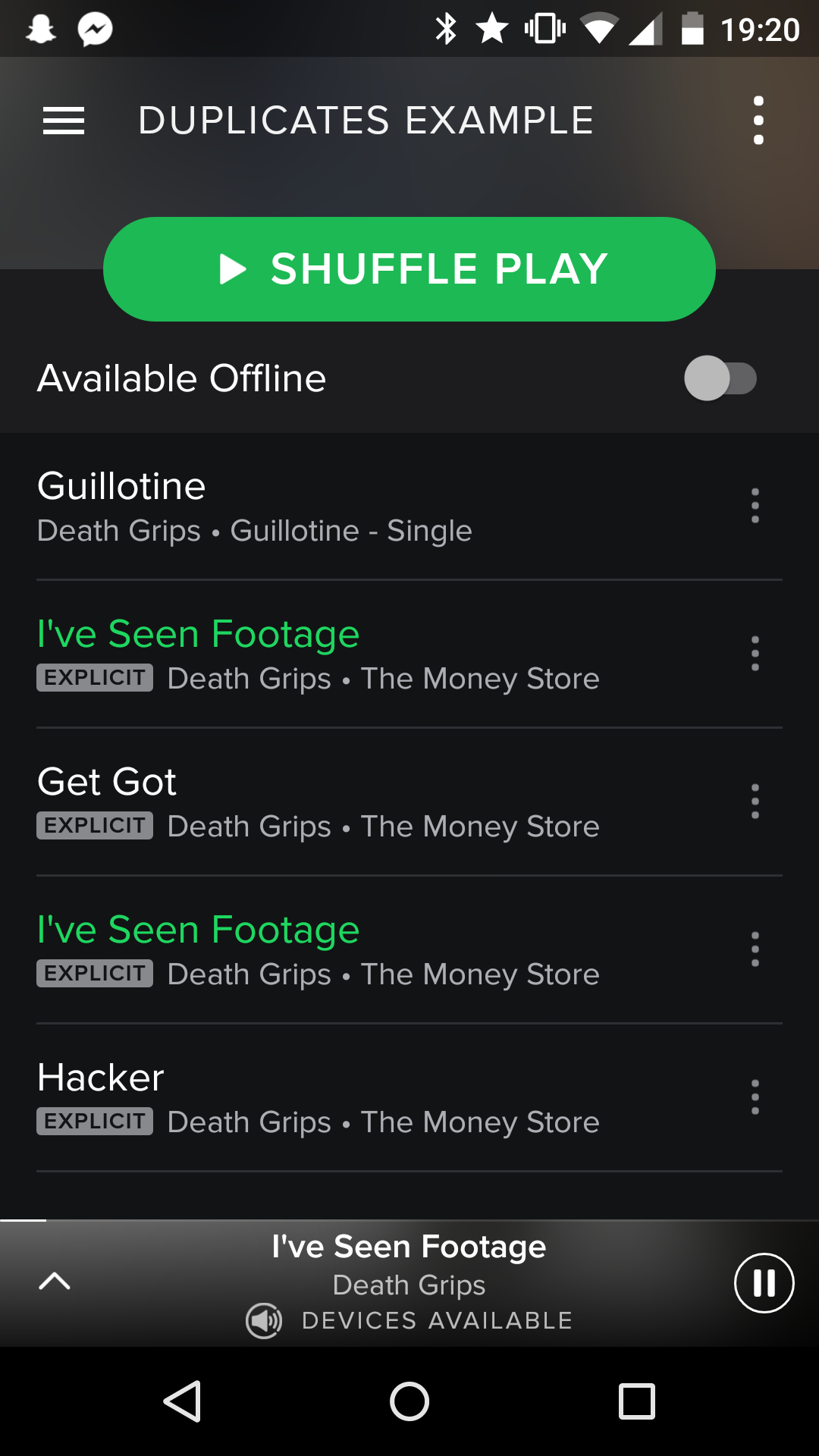 Thanks for the report.

We're currently looking into this.

If we need any more info, we'll ask on this thread.

Are you still seeing this issue?

If so, can you let us know the version of the Android app that you're running?