There's something pretty alarming going on right now with Spotify Free. This started a several hours ago. If you have Spotify Free open, it will launch - and keep on launching - the default internet browser on the computer to different kinds of malware / virus sites. Some of them do not even require user action to be able to cause harm.

I have 3 different systems (computers) which are all clean and they are all doing this, all via Spotify - I am thinking it's the Ads in Spotify Free. I hope this has been noticed and Spotify staff are fixing it - fast. But it's still puzzling something like this can actually happen.

From what I have read so far I have understood this issue has been happening with Spotify Free before. Nevertheless, it's really dangerous for users and amazing how it has not been fixed. These malware launches probably happen during showing certain ads but malware / virus sites have nothing to do with the advertisers. Tells how big of a problem it seems to be (hacked server, spotify admin accounts etc)...

We've identified an issue where a small number of users were experiencing a problem with questionable website pop-ups in their default browsers as a result of an isolated issue with an ad on our Free tier. We have now identified the source of the problem and have shut it down. We will continue to monitor the situation. If you see this issue again, please let us know the exact date and time in this thread.

Thanks as always for bringing your reports to the Community!

Having the same issue, started few days ago but took a while to figure out it was spotify.

Hope it gets resolved soon

It's happening to my safari as well since my Spotify premium period ended.

3. It keeps opening the same link: b.yu0123456.com no matter what I do with it, then it redirects to random websites ranging from advertisements to virus alert

4. Safari (I upgraded my safari to the latest version and it still occurs)

Same thing for me on OS X El Capitan, I use Spotify Free and a pop-under opens automatically every 2 minutes in Firefox.

This started to happen to me today on my work computer.

Ads launch in my default browser which is Internet Explorer (that I normally don't use).

I've uninstalled Spotify and the problem has not appeared since.

Nothing in browser settings.

I had my company's IT department to troubleshoot the issue.

1. What Spotify/OS version are you rocking?

2. Is this happening with a specific ad?

3. Have you tried reinstalling/logging out? Does that help?

4/ Did it start happening after a specific event?

Yes, after the first or second advertisement in spotify (during playing). Sometimes, not this time though, I am unable to use the previous/pause/next buttons and the bar sticks to the last ad, like 0:10 seconds of playing while spotify itself is playing the music just fine, in that case I am also unable to see the song that is currently playing.

In this case it just doesn't properly show for how long the song is playing while it was halfway-ish. 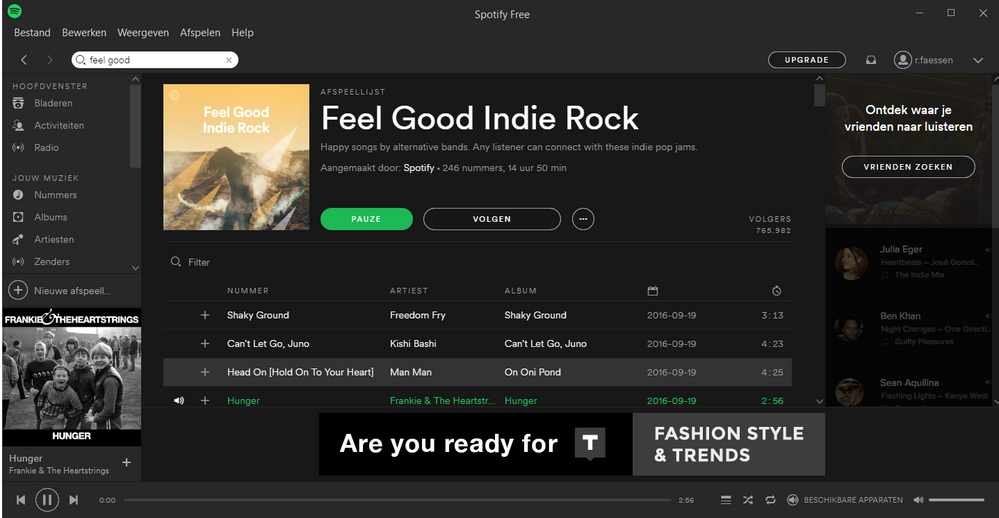 Just some more notes while just leaving this comment open and using spotify:

- Opened ad in borowser once during playing the commercial of spotify, mostly it is somewhere at a random point.

- No difference between playing in the background or forground.

- Playing no music and just having spotify opened doesn't open any Ads (for the last hour).

While letting it play for some time, this is what I mentioned before: The menu items aren't working anymore. 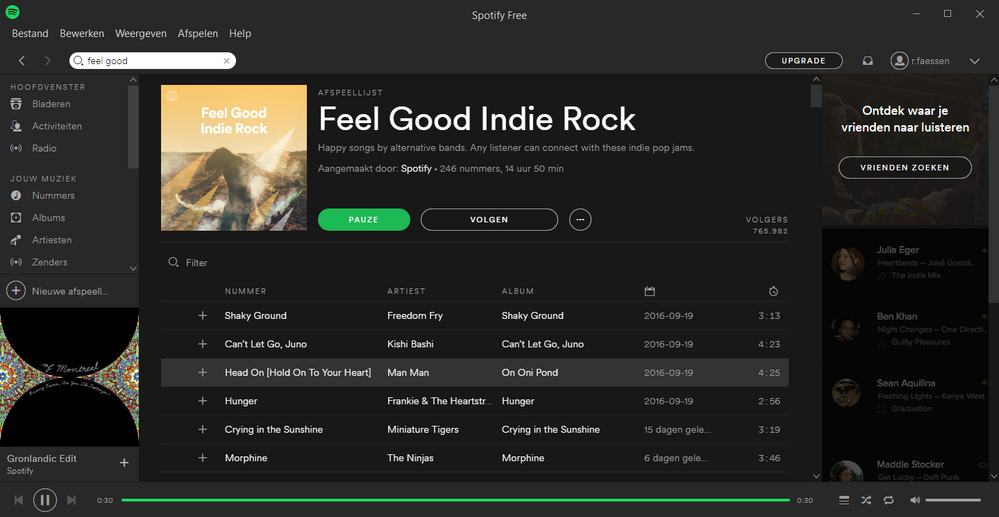 As you see it completed an advertisement but while it is now just playing a song it doesn't show that song (it is not the song showing at the left) and forward/backwards doesn't work. The pause button works, but it doesn't change to the play button. Pressing pause again doesn't work. Maybe this is another issue, maybe it is related to this issue.

I get pop-up ads on my Firefox browser. Everything from pornographic to betting and online-casino sites.

Not only that. After some commercials i get a "stall" on the player. It stops at 0:30 and 0:30. I have to restart Spotify to see current artwork and song that plays.

I've searched for malware, adware and viruses. Deep scans on all the two HDD:s and the two SSD:s. I found two things that is in quarantine on the primary C: drive where Spotify was installed. Then i uninstalled Spotify and also the Reg-edit entries for the software. So Spotify was totally gone. Then i rebooted the PC. I also did a backup of my Firefox bookmarks. Deleted the browser completely from my PC using reg-edit as well. Then i downloaded Firefox and downloaded the latest Spotify version and installed it as well. But the issues still remains.

This is non professional from such a company as Spotify. But hackers are good at what they do!
Spotify should parnterup with malwarebytes to scan ads before publishing them.

I'ts happens even to me, Spotify open ADS in my default browser, with spam, scam, or maleware content, i set Firefox (default browser) OFFLINE to stop the redirects and the first link is this:

After some redirects my browser go is some very dangerous page!
This is some HTML code in one of this pages

PLEASE, resolve this problem soon as possible, because more people may have this. Remove all the adv that contain something by "CLICKSOR", they are dangerous.

AT EVERYONE, please check your %temp% folder on Windows and made a scan with an antivirus/maleware, because i found a suspect file deleted by my antivirus only after i had this problem.

This is **bleep**ing disgraceful spotify. You're responsible for pushing malware to your users. That's it, I'm done with Spotify. Or at least I'm only going to use the web player with adblock. No money for you.

On a work computer with full antivirus, no non-work-related apps except Spotify.

Examples of popups in new tabs in Chrome:

Spotify gets uninstalled now, sorry. Won't come back until I see an announcement that the problem is solved in a major tech publication/blog.