Track Information On Car Display Is Out Of Sync

I'm streaming music from the spotify app on my android phone via bluetooth to my VW car. The sound is streaming just fine and i can change between tracks on the stearing buttons etc. The track information is shown on the screen in the car.

Anyone have a solution to this ?

I could say that the track information was shown correct 3 months ago when i used my old Sony Z3 compact Android 6.0 phone with the Spotify app. But on my new Sony - Android 8.0 phone i have this anoying problem.

Thanks for getting back in touch!

We're not able to provide an exact timeline for a fix, but we really appreciate you letting us know about this. We're always working to make Spotify a better experience. We'd recommend keeping an eye out for updates to the app.

It has a solution?

I change my phone to XPERIA 5 II and everything works now...

I've been trying Tidal for a week now and it works perfectly!

C'mon Spotify, do something. 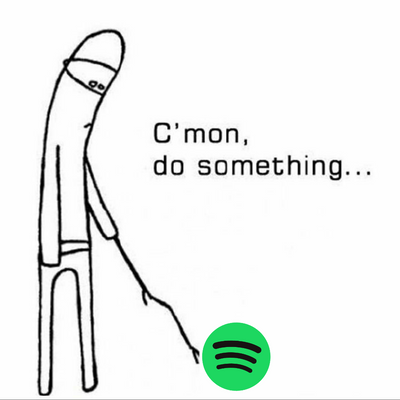 It´s finally works for me!

No updates of HW or SW in the car so it must have been an update of the app.

I believe I finally have a solution for the issue of track data not syncing with bluetooth on car stereos.  First some background on what I'm using:

Phone - One Plus 7T with Android 10 latest update

I have been experiencing the issue of track data being broadcast over Bluetooth not syncing correctly.  The first track's information displays correctly, but as the album/playlist continues to the next track, the display stays on the first song's information.  If I manually switched track, the screen would update, but then freeze again as the next song is played.  I tried clearing the apps cache and tried different AVRCP settings under system>developer options.  I uninstalled and reinstalled the app.  None of this worked.  So, I finally emailed support and they suggested unpairing the phone from my car stereo, clearing the phone from the list of devices on the car stereo, and reconnected it.  This, too, did not fix the problem.  I replied to them letting them know the issue remained after doing what they suggested.

Spotify replied again and stated they wanted to clear the cache on their end (assuming this is their server), with my permission.  As frustrated as I was, I was willing to accept any help Spotify could offer.  They asked me to provide various pieces of information such as the last 4 digits of the billing card, my last billing date and earliest receipt (all of this can be obtained through the account information section of the computer's player page).

The response was quick!  They did their voodoo on their end and the next time I connected my phone to the stereo, the issue was fixed!!!  Album info displayed correctly, tracks displayed the correct information (I played an entire playlist to verify that the issue wouldn't return later into a listening session).  So, my suggestion is to email support directly.  You may get an email that asks you to follow some steps as a preliminary "test" to see if they fix the problem.  If it doesn't, reply to the email and ask for your cache to be cleared.  You may have to reset some options within in the app, and you may lose downloaded music (which you can download again), but these are minor (in my opinion) if clearing the cache fixes the problem.  I have had Spotify for 5 years, and maybe this contributed to the build up of cache data.  I was going to give up and move to I Heart Radio since it interfaces with the Entune system as a built in app, but I am extremely happy that I did not have to do this.  Try it!  I hope this helps.

2 years and no fix is a really really bad timeline

I've recently started getting this issue with playing the music to a Google speaker, smart TV, or using my phone as a remote in any capacity as well.