Announcements
We’ve made a few tweaks backstage, so everything should be back to normal. Additional info can be found here.

As far as I can tell, Google Now/Assistant are sending correct intents to the Spotify app, but the app is not interpreting it correctly.

I am attaching the screenshot from the Google Now app as well.

This might not seem like a big problem but it really is, inability to play songs without typing while driving, running or doing whatever is a real problem, and what makes it even worse is it was working without a problem in the past.

It's making me reconsider my music streaming service, and I am a premium user.

I'm available for any more information you may need. 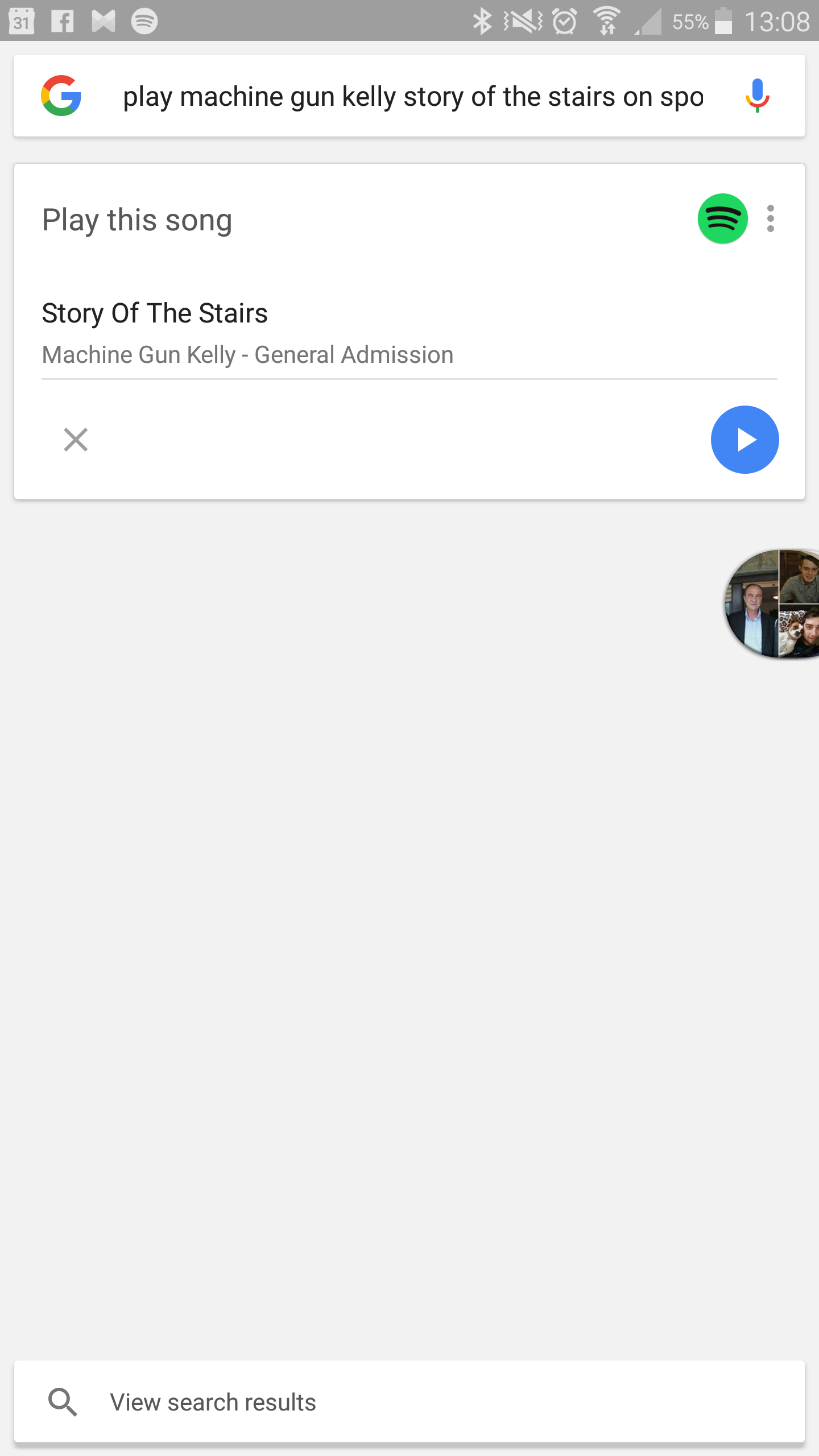 It seems we didn't receive a reply. We're setting this as "Closed" in the meantime.

Feel free to give us a shout if the issue persists.
Happy Holidays 🙂
See more ideas labeled with:
57 Likes
Comments

Have a look at this thread.. I managed to fix it...