Both Free and Premium

I have a lot of playlists - and a lot of people follow them. When using the Spotify app for Windows, you can see the first 200 playlists but until recently you could see all of them (!) if you used a webplayer (tested in Google Chrome, Mozilla Firefox and Opera). Now it only shows 50! However it looks like it going to show more - but it doesn't (have waited for more than half an hour without any change).

Is that a bug or just a new "feature"? 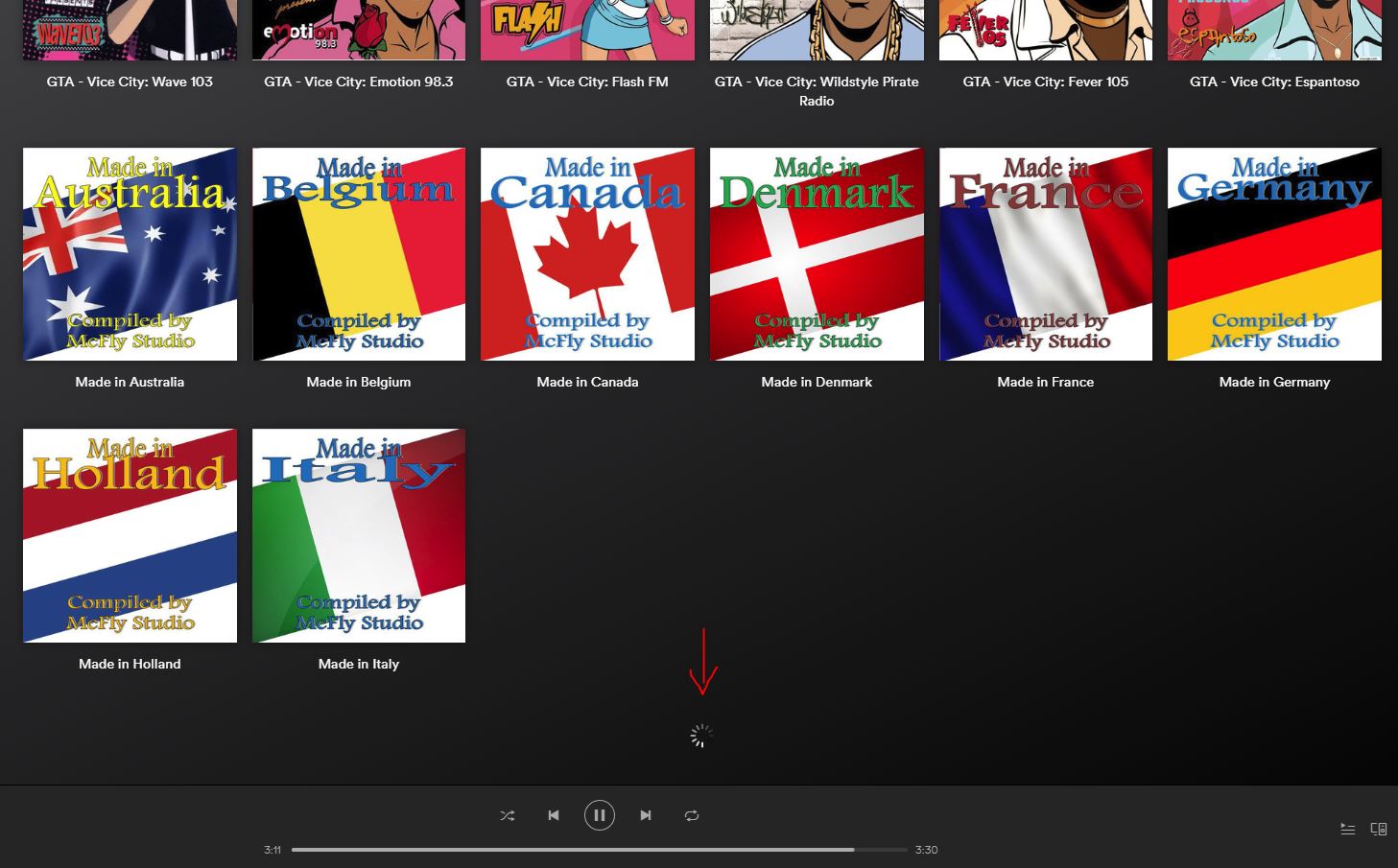 We’re happy to say that this should now be fixed for everyone!

If you’re still experiencing this issue, let us know and we’ll look into it.

Philip2929
Newbie
Good day everyone, I'm using web player with free subscription for abour a year and a few days ago I've faced the following problem: A scrollbar appeared which has never been there on any web pages before. Since then the albums, songs and other sections in my library can only load 50 units. There've been a couple of days and nothing has changed (I've tried everything with cookies deletion and so on). The same problem with Google Chrome, Mozilla and Internet Explorer. Please, provide me with any feedback on that. Thanks in advance. 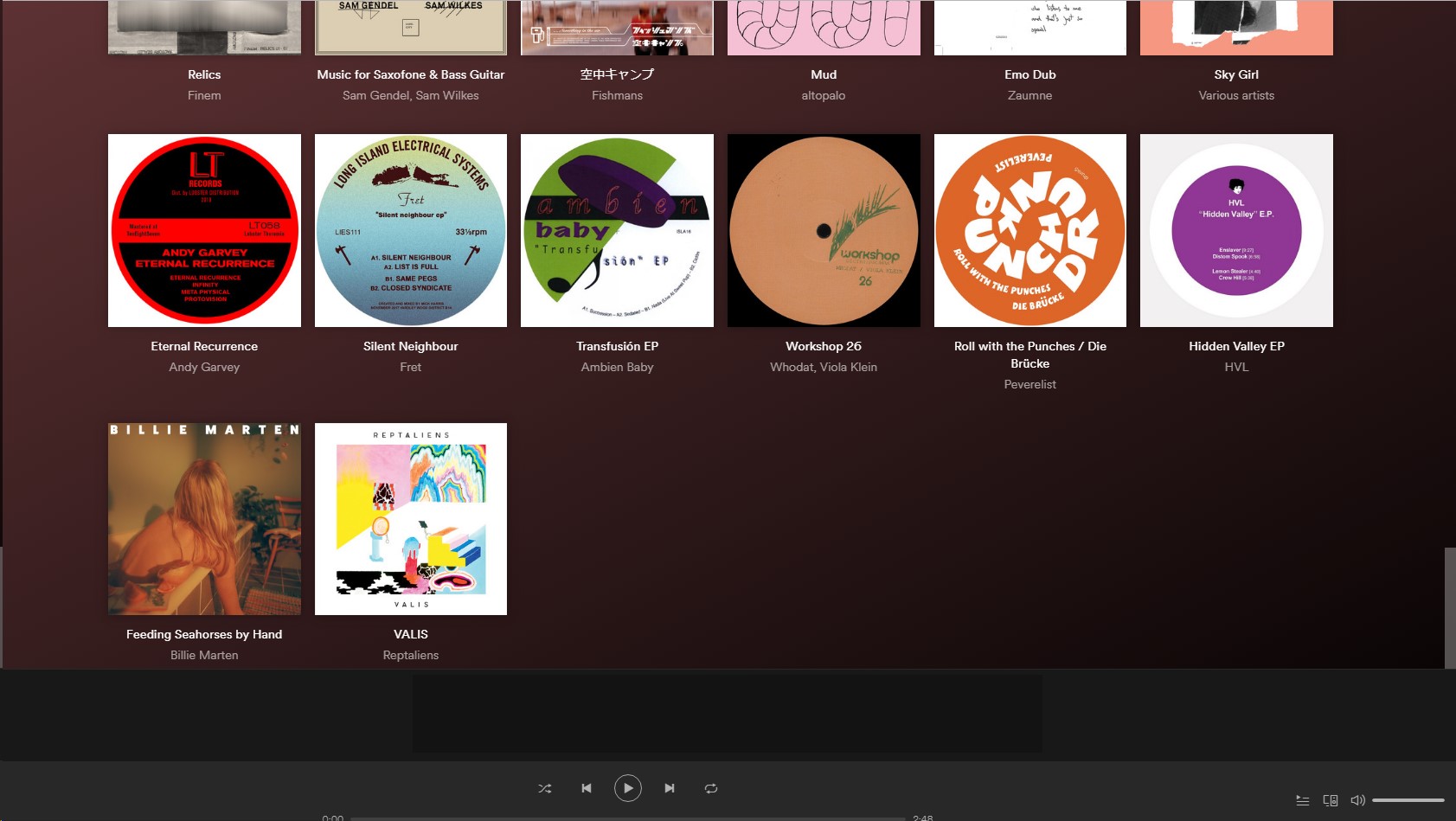 Same problem for me and has been a problem for long time, like 6 months but sometimes it works. It plays the songs outside the playlist but i kinda want to see them and choose which song and stuff so please fix.

I'm from France and I have the same problem since Friday ! If someone have the answer, I would like to know !

I have this problem in Linux and Windows 10. I'm in firefox

Only seems to have started in the last couple of days. Really frustrating as I control the office radio through Spotify web player.

Had the same issue for about a week.  I listen to a lot of podcasts and currently can only access the most recent  episodes, and am unable to start podcast series from the beginning. I've tried clearing the browser cache and other common suggestions.

Looks like the issue has been fixed now. Thanks a lot development team.

Not fixed completely: https://open.spotify.com/genre/metal-releases only loads first 10 albums, then shows a spinner and never completes loading  **only** if you jump directly at this URL from a new tab page. When you go through the Web Player Menus it loads.

After testing a bit more: these seems to affect all the "long" pages. If you navigate there through the menu they load fine. If you then press F5/reload you get the spinner again.

We’re happy to say that this should now be fixed for everyone!

If you’re still experiencing this issue, let us know and we’ll look into it.

I am still getting this problem. For me, the problem occurs when I am scrolling through my playlist to a certain number of songs and this screen pops up. It's not a computer problem since I've restarted and the problem still persists. 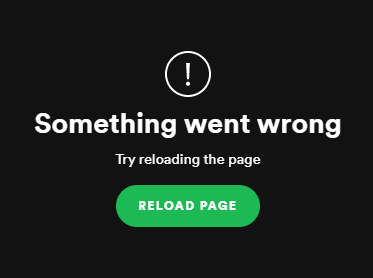