Why is my Username showing up before artist

Since yesterday my name is showing up before the artist and its really annoying. Been through all my settings and can't find a fix. Can anyone help please. 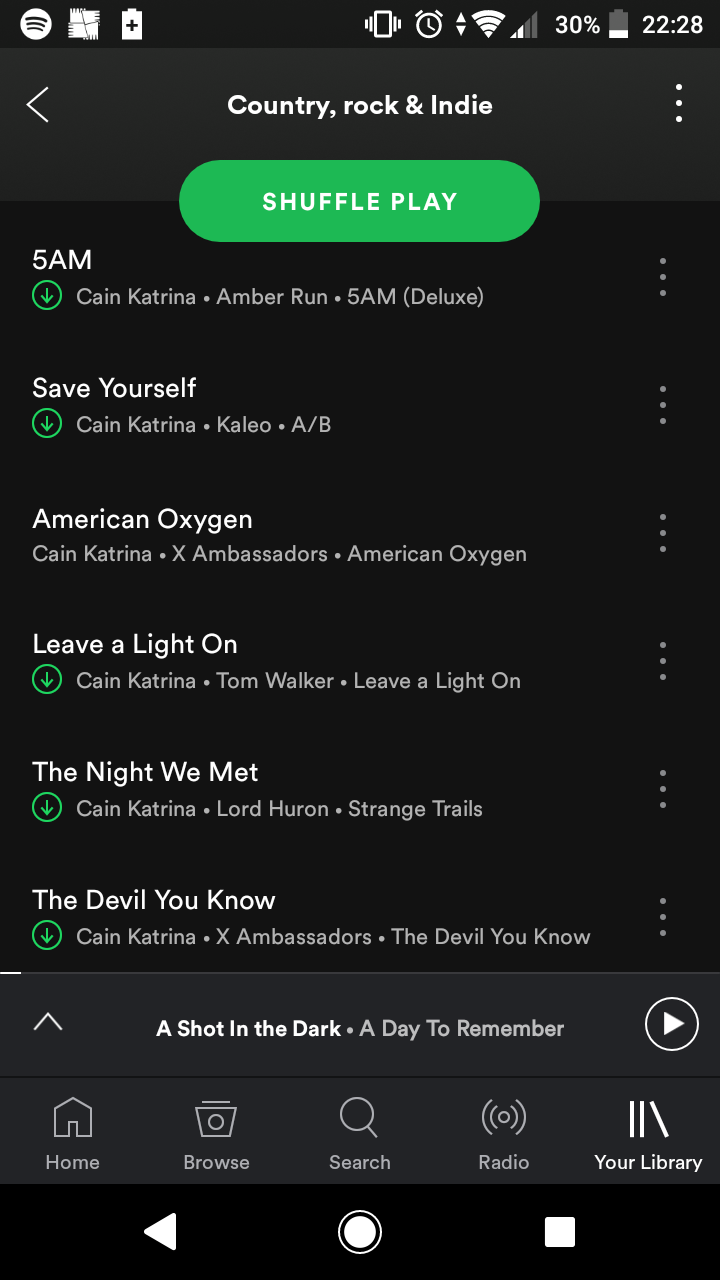 We're happy to inform this should now be fixed with the last update. Make sure you're on the latest version of the app by enabling updates and perform a quick reinstall of your app by following these steps.

We'll close this thread up now, but don't hesitate to give us a shout in a new thread if you have any other questions.

I've got the exact same problem. Hope they'll fix it asap, it's annoying as heck.

For my playlists, even the private ones where nobody but myself has added songs, every single song has my name before the album name. Because my name is quite long, on my phone it just completely obscures the album name for every song. Scrolling through my playlists and seeing my own name that many times is an awful, useless feature for playlists that aren't even collaborative - I already know who added the songs, it was me, as nobody else has access to the playlist! I don't need to know this information, and even if it's necessary to include, it could easily be placed AFTER the album title (which is obviously more important than knowing who added the song to the playlist).

Please add some sort of feature to turn off this 'extra information' as it's making the entire app experience significantly worse.

Thanks for posting in the Community! I’ve just tried to see if I could replicate the issue but I don’t seem to be getting the same issue? It’s possible that it could have been fixed - if it has feel free to let me know!

If not, could you let me know the following:

I’d also recommend a reinstall in this case to see if that helps rectify this bug or if it needs looking in to a bit deeper backstage. More info on how to do a reinstall here.

As you can see, my name is under each track in all my playlists. However, it's only in my playlists. If I choose an album or someone else's playlist everything's fine. 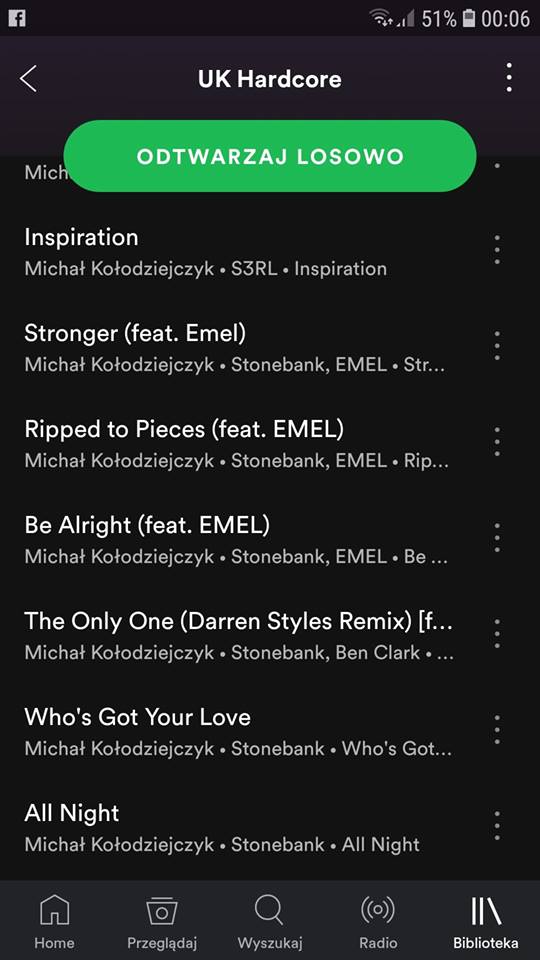 Thanks for your help! I’ve asked the folks at Spotify to take a look backstage and I’ll let you know as and when I have more information 🙂

I'm having the same problem since yesterday.

I've merged all your posts here so that you can see all update or any information Spotify need to help work out what seems to be causing this. In order to troubleshoot effectively could you help me out by trying out the steps listed below.

Once I have this information, I'll pass it over to the relevant folks and hopefully get some more information.

Any questions, don't hesitate to ask.

Having numerous problems with app since 8.4.66.733 armV7. Running Android 8.0.0 on a Samsung Galaxy S7. Includes username appearing in track listing and strange behavior relating to queue and shuffle.

We've sent a report about this on to the right team, so stay tuned for any updates on this space.

Useless feature showing user name in playlists. What is the idea behind that? It's just waste of GUI space.