Announcements
Hi folks! We're aware of reports about your Wrapped stories misbehaving and we're looking into it. We've managed to fix the issue with the Wrapped banner/stories not showing up. More info here. If the stories cause your app to stop responding, please subscribe here. Also, check out our Wrapped FAQ for answers to common questions.

Hi — this problem happens on desktop (Mac) or iPhone.  I’m in the US.

I know that sometimes songs or albums don’t appear on Spotify if the artist doesn’t authorize it or if the particular country within which one is listening to Spotify doesn’t permit it.

But this case doesn’t seem to fall under those conditions.

When, for example, looking up the albums of the artist Ian Brown, I only see one available (in this case Golden Greats).  [See attached].

However, if I search by particular song (e.g. “Just Like You”) on an album (in this case “My Way”) that doesn’t come up under artist search, I can find the individual song and download/save the album. [see attachments]

However, the album doesn’t then appear under Artist or Album search.

But the songs of the album will appear (chronologically) under an artist search (where all the songs that one has presumably saved or downloaded).

Anyone know what’s going on?  Or have suggestions?  I’d love to have all the albums list via search or the way they do with other artists. Thanks. 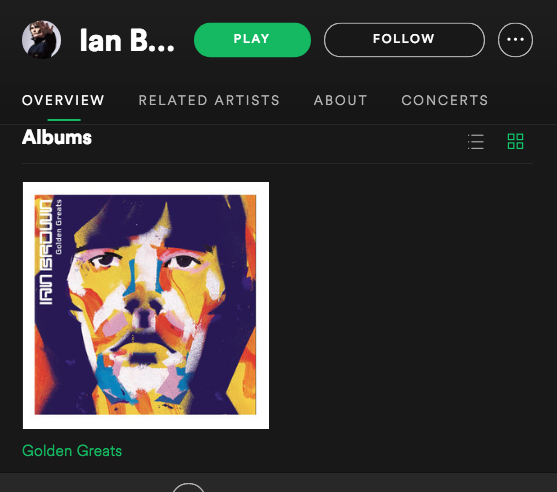 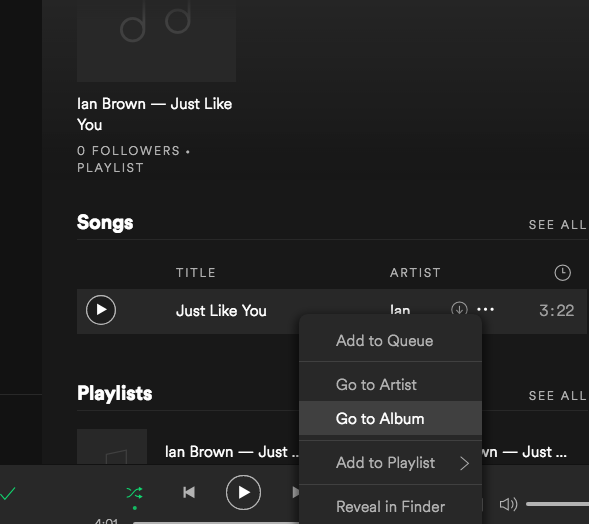 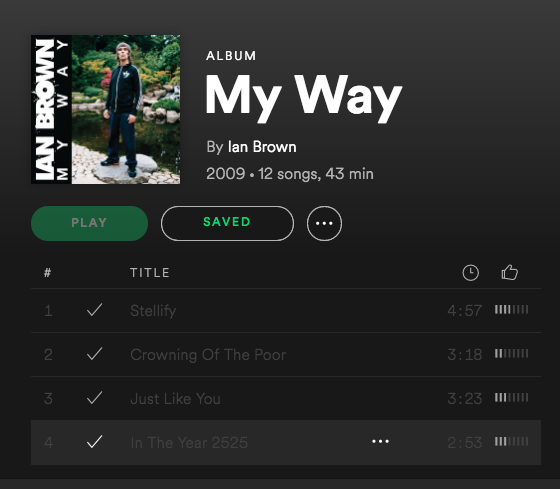 1 person had this problem.
Reply
0 Likes
SUGGESTED POSTS
Log In