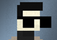 [Disclaimer: Perhaps my English isn't well enough to make myself clear, as it isn't my native language, so, if something doesn't make some sense, please let me know to try to clarify it. Thanks.]

(Well, as I were suggested, I'm posting this in this section, mainly because the feedback that I can provide, if the moderators feel that it doesn't belong here, feel free to move it to where it belongs — also, I know that it may be seen as a rant, but I hope that it won't be the case)

Certainly, the most useful feature for me (besides Weekly Discovery playlist) is the radio. But, as much as I love it, I also dislike how it works (to a certain degree)... Or perhaps its better to assume that it works in a way that is different to how I expect it to work. Let me explain:

I know that there are a number of threads of other users who have some ideas, opinions on how the radio should work.

And, even if I dind't read all of them (too many) I still have seen someone who have the same observation, or feedback, as I, or at least to the same exact extent. Well, the closest is this thread from 2012 but it has been marked as closed, and almost 4 years has passed so, I don't think that it's kinda relevant as I don't know ho many changes has been made since then.

Anyway, so lets get to the point(s):

Perhaps it's not a straight question after all, and it's kinda vague, but I can't think on other way to ask it. So, I will made an example.

Lets say that I want to play a radio based on an artist (i.e. Therion) I expect to listen to similar artist, and most of the time the selection that its provided it's kinda O.K. (to be honest). Even more, if I go to the "Related Artists" of Therion's profile, most of then are reasonable similar artists (by genre, I mean). But when I start to play the radio, sometimes there some artists that are selected that, if we consider the main genre of Therion, they "don't belong" as such on the radio.

The only thing that I see that it could be a factor to that, is that all of these bands are Swedish bands. That's all. They're not linked by a genre (well, perhaps Amon Amarth and the old Therion stuff, as both of them are in the Death Metal vein), and not (as far as I know, but I can be wrong) directly linked by an specific musician or artist.

I don't know, it seems to me that it was like saying: "Therion is a Swedish metal band, let's group another Swedish metal bands with them". I agree that on other countries is almost OK to do it, like i.e. Mexico, where (to me) most of the music are "Banda", or "Norteña", or "Pop", even "Ranchera". So I doesn't matter that If you choose some of the artist of such genres, they are mostly interconnected (there are some Pop artist who had made albums in "Ranchera"). But, being honest, besides the lyrical themes, most of the artists/groups of such generes are the same (yes, I know that for the connoisseurs of such genres this could be a blasphemy, but I'm trying to be objective as possible). I also had this same observation long ago with Sonata Arctica radio station, when I started to listen Finnish bands that were not-so-Power-Metal at all that day.

It's not the case on other genres, like electronic (its electronic, or electronica?) or jazz that have so many subdivisions, and obviously with Metal is the same situation.

So, going back to "Therion and friends", I still think that there's a subtle difference between Melodic Death Metal (Amon Amarth), Power Metal (Sabaton - I can be wrong on their genre!) and Symphonic/Operatic Metal (for the sake of being generic with Therion), and I think that it would be awesome if such subtle differences could be considered when "building" the radio playlist.

Why I ask this? Well, some years ago, when I started to use Spotify, I used the "thumbs down" button to "vanish" some artists from the radio of another artist (I know, it's kinda related with the previous question) and that "stop them" to appearing on the radio. I do that countless times to finally have "the perfect" formula for the stations that I listened more frequently. But, as I noticed on the past weeks, it seems that I completely lost the notion of what the "thumbs up/down" buttons do.

I was listening a station (Angizia, I think, despite that it happened with Nightwish) and some artists where appearing on the playlist that (as pointed before) I knew/feel that they don't belong there, so I press the "thumbs down" to discard and skip the song, but the conflicting artist continue to appearing on the playlist gain, perhaps less often, but still there. And it was disturbing to me discover that, sometimes, with some other artists, if I "disliked" them, the main artist (the one of the station) stopped to appearing in the playlist, or if not stopped, at least it was less and less the times that were played a song of such artist. So, I "upvoted" (thumbs up) such artist, and "ta-da!" the "disliked" artists appeared again - even if they were not "so directly related" to the one that I wanted to listen. And the cycle started again.

(I think that someone reported something similar on the help section)

So, how it supposed that such buttons work, or are meant to be used?

Perhaps this is a mix of the previous questions, o perhaps don't... Also I'm aware that it could be a silly question...

Right now, I'm listening Therion's radio and while (today) most of the related artists seems to be OK, there are an specific song that was played "in a short time", while there are songs that are repeated three, or more hours apart.

AFAIK, the "radio station" is no more than a playlist, but how its created? How are determined which songs to include, and how often are repeated?

I mean, there are days when while listening a station, there are some songs that appear more often than others, and yes, there are days also when such behavior is not present... But why it happens? I normally put a station and let it play until it ends (it has happened so many times, and I still don't get how a "radio station" comes to an end), yes occasionally I add some song to the queue, or change the station, or play a playlist, but the procedure is the same: "search, select, play, listen" with no human interaction in-between (except, of course, when trying to make sense according point number one, on top).

So, how it comes that the service decides which songs I want to listen more often, and which not?

Finally, I want to show you how looks in this moment, and it explains a little points 1 and 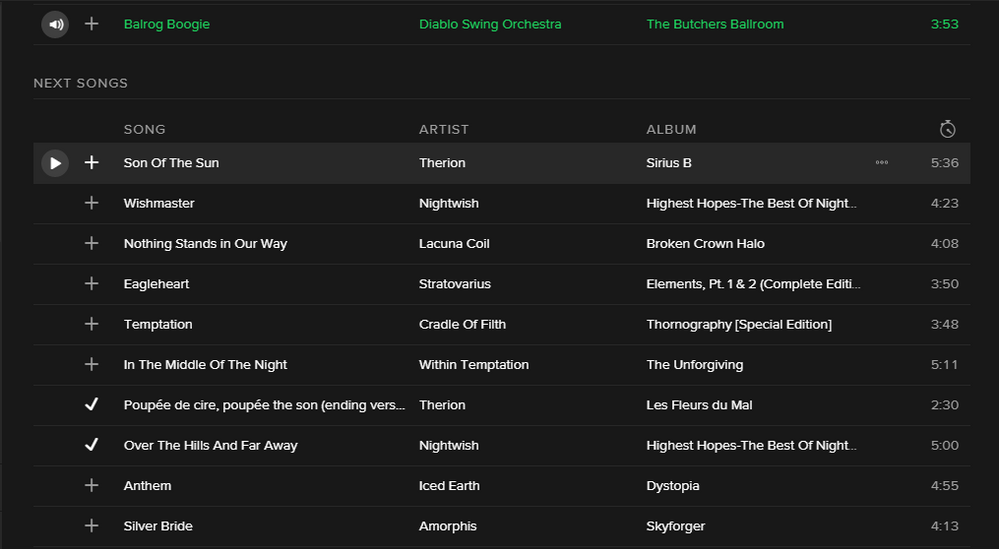 The second song (from bottom) "Anthem", is one song that it has been repeated quite often. And with often I mean 3 times in the past 90 minutes (that is, 90 minutes when that song on the screenshot start to play). Why repeat that song and not, "Balrog Boogie"? (1st time in the almost 5 hours of playback). Another one is "In The Middle of The Night". I like the song, but whoa, why don't give that space to another song who hasn't been played yet?.

Also, we can see that there are two bands that, by genre, I can't see how they are in this station: Stratovarius, and (again) Iced Earth - both being in the vein of Power Metal (more or less!).

In conclusion, I must admit that perhaps I'm a little grumpy about how things should work, but at least I would like to make a little summary:

Again, I know that this could be appear nothing more like a rant, but I truly believe that are good and valid points, and that it can be represent an improvement to the service.

Thanks for the reading, and thanks in advance.

thanks for taking the time to write such a long post about Spotify!
You were already guessing it, but the ideas exchange is a place for 1 short feature requests at a time, so I've moved it over here to leave the topic open for discussion. 😉

MarcoRock Star 28
Help others find this answer and click "Accept as Solution".
If you appreciate my answer, maybe give me a Like.
Note: I'm not a Spotify employee.
Reply
0 Likes
Highlighted

Thanks for the explanation, and for moving the post to where it belongs 🙂

ashghuk
Newbie
Hi, Im having trouble paying for the premium account subscription. I used to have one but my zip code changed and i was asked to enter my new credit card info. But when I do that i get an error message. Ive already talked to my bank and used this credit card elsewhere, the problem seems to be on ur end. Please help me get the premium account.
Reply
0 Likes
Highlighted

Have you tried to contact to customer support? I think that its better a direct communication intead via this forum.

You can reach them in this link: https://www.spotify.com/about-us/contact/contact-spotify-support.

While navigating on the help section you may find a "I Still Need Help" button, that's where you can send them a email with a description of your problem. A way to find it is on "Subscription" --> "I have a question about payment methods" or "Paid for Premium but I am still on Free" --> and, if there's nothing that help you there, there's a big blue/violet "I Still Need Help" button, there you can send your report.

Be aware that an email will be sent to you automatically (sometimes it can be sent to SPAM folder, so you may need to check there, just to be safe) and even if it is a "No Reply" email, you MUST to reply to that email in order to establish communication with someone of Spotify support.