Problem with library on xbox one

Problem with library on xbox one

Android 8 on the Galaxy S8+

Whatever the OS is on XB1X

The album library on my Xbox one is not showing all of my saved albums, it is not in alphabetical order either.

I do not have this problem with my Android phone, the album library is as it should be.

The problem with the library on my XB1X was not present until the latest update.

I have not added any more albums to the library.

I have attached images of the album album section of both my Android app and the app on Xbox to show how different they are.

Bear in mind that the Xbox app isn't showing me all of my saved albums either, around half are missing.

Edit: I'm not sure why this site is making the picture of my Xbox one/Spotify dashboard appear upside down, I tried adding it again but the result is the same. 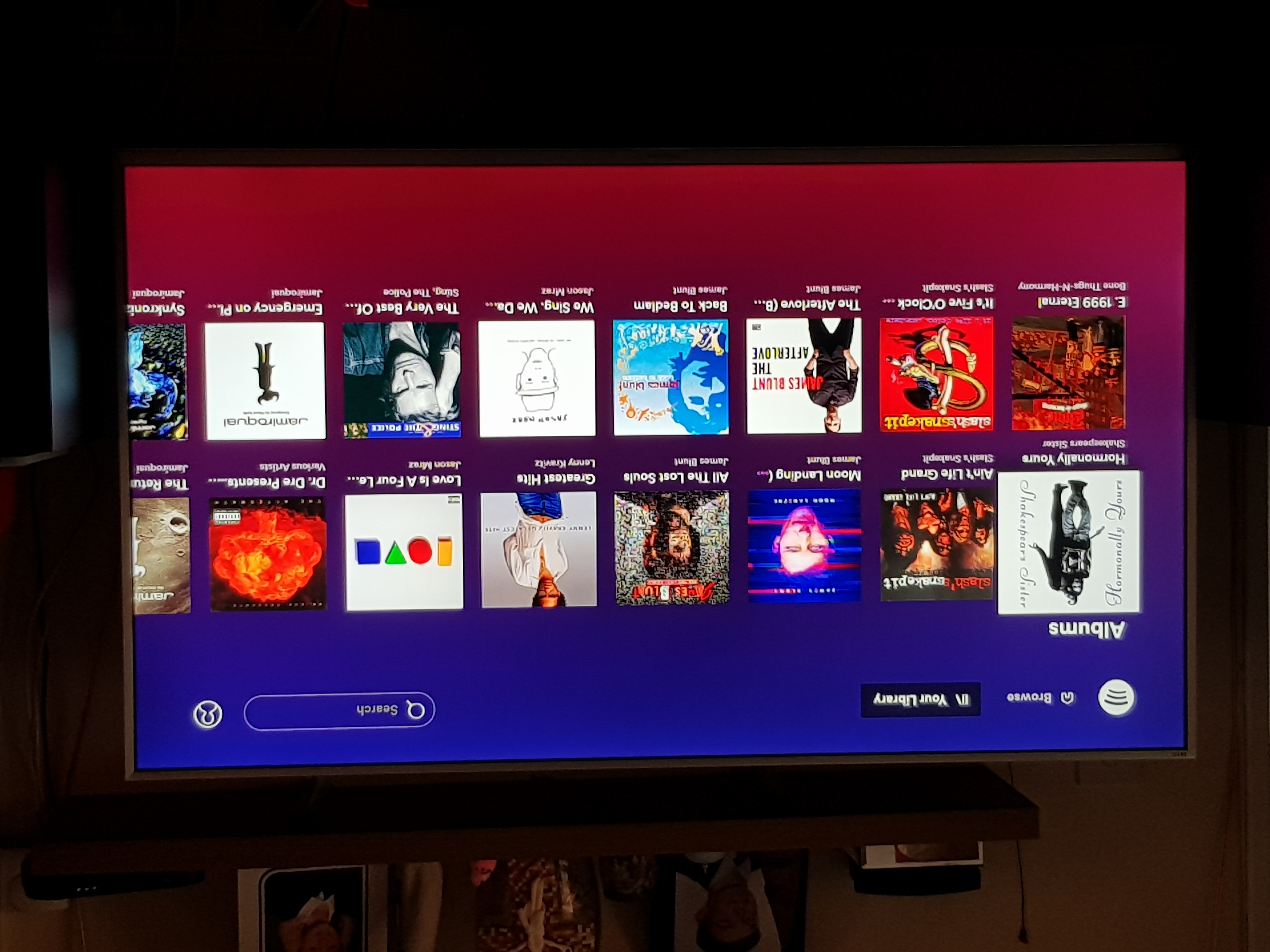 Could you confirm that at least one/several of the albums that you see coming up on your Xbox match with what you see on your mobile device?

In any case, we recommend that you log out and log back in again to Spotify on your Xbox.

Let us know how it goes! If you need any further help, we'll be right here 🙂

I can confirm that many albums from my Android library appear on the Xbox app but none of them are in alphabetical order or any order that I can identify.

There are many albums missing on the xbox app also.

Another problem I have is that the app refreshes each time I access it.

An example: I start the app and search for an album, I play the album and leave it playing in background mode while I start a game. When the album finishes I go back into the app, the app always takes me back to the home page regardless of what page I left the app on. All searches are lost.

This didn't happen in the old app. If I searched for an album (Or accessed an album from my library) I could play music in background mode and when I go back to the app it would still be showing the last screen I was viewing, this was very useful and time saving.

The new app looks nice and is easier to navigate but a lot of the useful quality of life additions are now gone in the new app making it a pain the the rear to use.

I have logged out and logged back in, it doesn't fix the problem of missing albums/non-alphabetical sorting.

Thanks for providing us with that information, and sorry for taking so long to get back to you!

Could you confirm for us that you are still experiencing this issue? If so, then we will look into it further.

I had given up on getting a reply.

Yes, the problem persists. I have tried deleting the newer albums I added and to see if a smaller library will fix the problem but it hasn't.

I am looking forward to some kind of solution as having no discernable pattern by which my library sorts the content makes it incredibly difficult to use.