Thumbs up/down is just not a thing anymore on either device?  This almost feels like a purposeful choice, which is silly.  Even if the thumbs up/down didn't really do anything before, giving the illusion of choice and that a user is deciding their own fate at times is better than removing that option entirely for no apparent reason.

[Win 10] Going to artist radio brings up a ~55 song playlist (no more than 55) every time, with no ability to remove certain songs from the playlist.  Basically making me more reliant on *your* decisions while removing entirely my choice in what should be in the station or not.

[Android] Going to artist radio on android, meanwhile, constantly shows that I'm playing songs from one of my already created playlists, every time. I'm not listening to something new, apparently.  With each artist I've tried, at the top it shows "playing from xxxxx playlist]" which is in my pre-existing playlists.

If these are purposeful "additions," they are terrible.

I am also having the same issue. It’s the only reason I have premium. So, if it’s gone for good, I will be unsubscribing.

In my angry digging through Spotify account I may have found a partial fix!

In the "Recover Playlists" section of your user account, I found all of the missing radio stations and things I saved previously.

I'm not sure how well they will work going forward but, I will be recovering mine and trying to figure this out!

Hope it works for you and everyone else 🙂 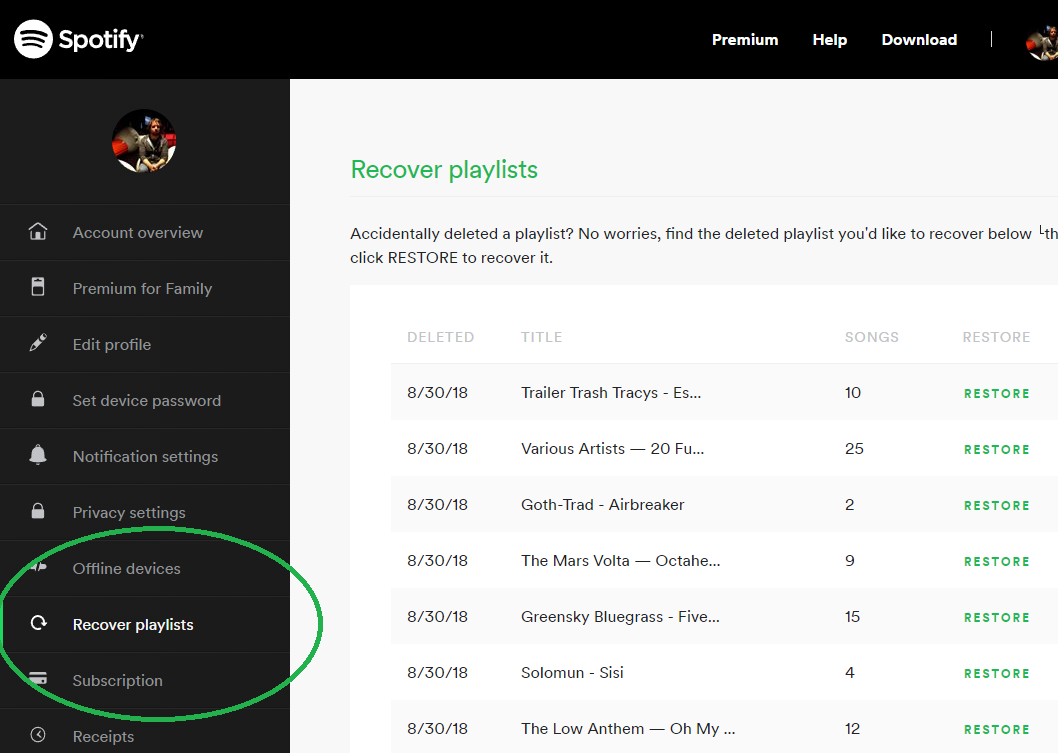 Having the same issue, I really hope they didn't remove it. I'm Canadian so using Pandora is a pain in the **bleep** to use, but not impossible (I love how you can install VPNs on your web browser, makes things a lot easier)

Another workaround is making playlists (so you can save all the stuff you like). So all my playlists are intact but they are not improving like they used too when I can find new songs.

The radio is really horrible, it keeps playing the same songs and at times the same order and I cannot remove them, or even upvote things.  Pandora was kind of archaic which made me switch, but now might have to use it again, luckily I have all the song names I want for a playlist so it might be easy.